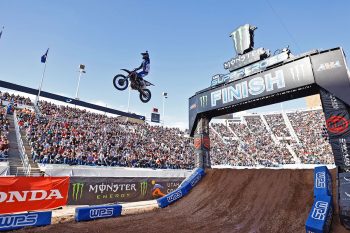 With the western regional title on the line, it was Hunter Lawrence (Team Honda HRC) who took the Showdown holeshot and led the opening few laps, before Thrasher stormed to the front.

That left Lawrence in second and champion-elect Craig directly behind him in third, which would be exactly what the latter needed to get the job done.

However, things got interesting on lap six when Craig went down in the turn after the whoops, dropping back to fifth in the process – Jo Shimoda (Monster Energy Pro Circuit Kawasaki), teammate Austin Forkner and Michael Mosiman (TLD Red Bull GasGas) making their way by him in proceeding laps also.

Up front, Lawrence kept the pressure on, but it wasn’t to be as Thrasher went on to hold on by 0.432s, with Pierce Brown (TLD Red Bull GasGas) charging to third position in his home race. 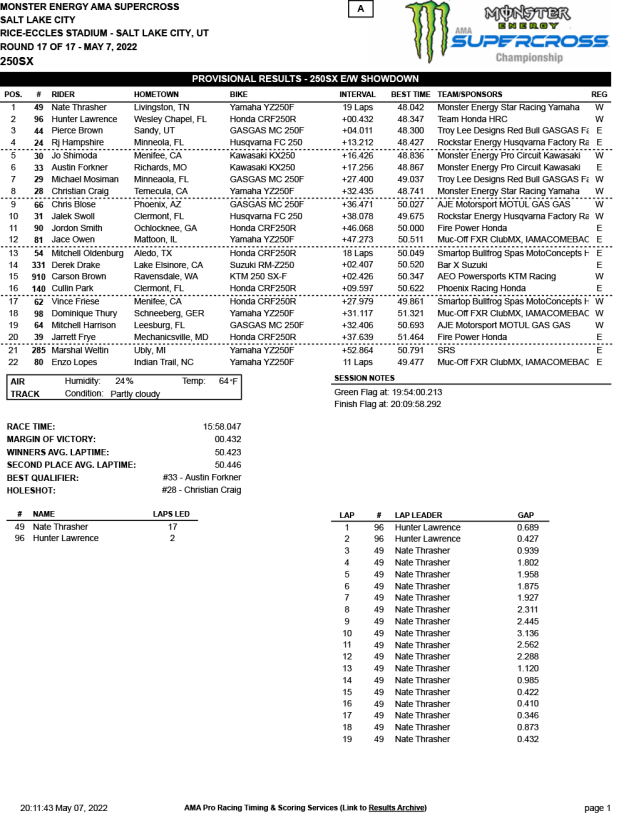