The field is set for the penultimate round of the Supercross season. 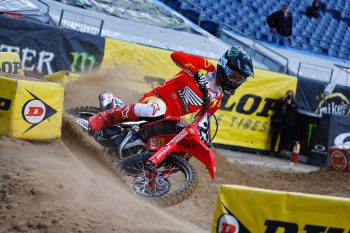 Team Honda HRC put its two racers on top of the qualifying timesheets at the penultimate round of the Monster Energy AMA Supercross Championship at Denver, with Chase Sexton and Hunter Lawrence posting the fastest lap-times at Empower Field at Mile High.

Sexton lodged the quickest 450SX lap at the high altitude round at Denver, with his time of 44.624s edging four rivals who pushed the lap-times down into the 44-second range.

Monster Energy Kawasaki’s Jason Anderson finished third, despite crashing while on a charge on the final lap, ahead of Red Bull KTM pairing Marvin Musquin and Cooper Webb.

Justin Brayton (SmarTop Bullfrog Spas Motoconcepts Honda) will get sixth pick of the starting gate for the night show, as Rockstar Energy Husqvarna’s Malcolm Stewart finished the session in seventh. 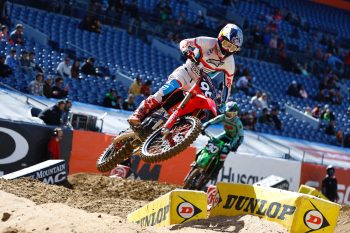 The pair regularly went back and forth throughout the second session as the lap times dropped from the 47-second mark to 45 seconds. 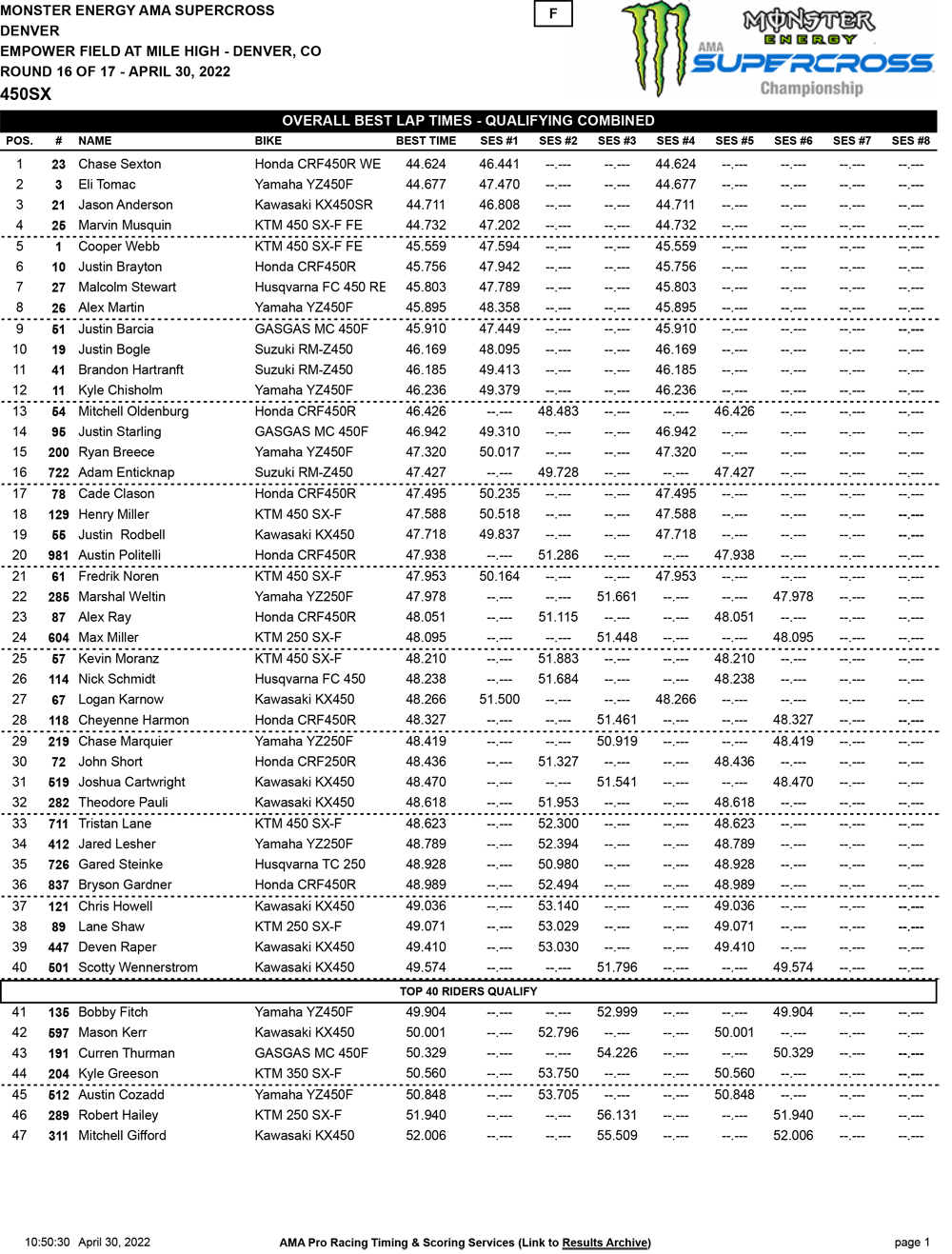 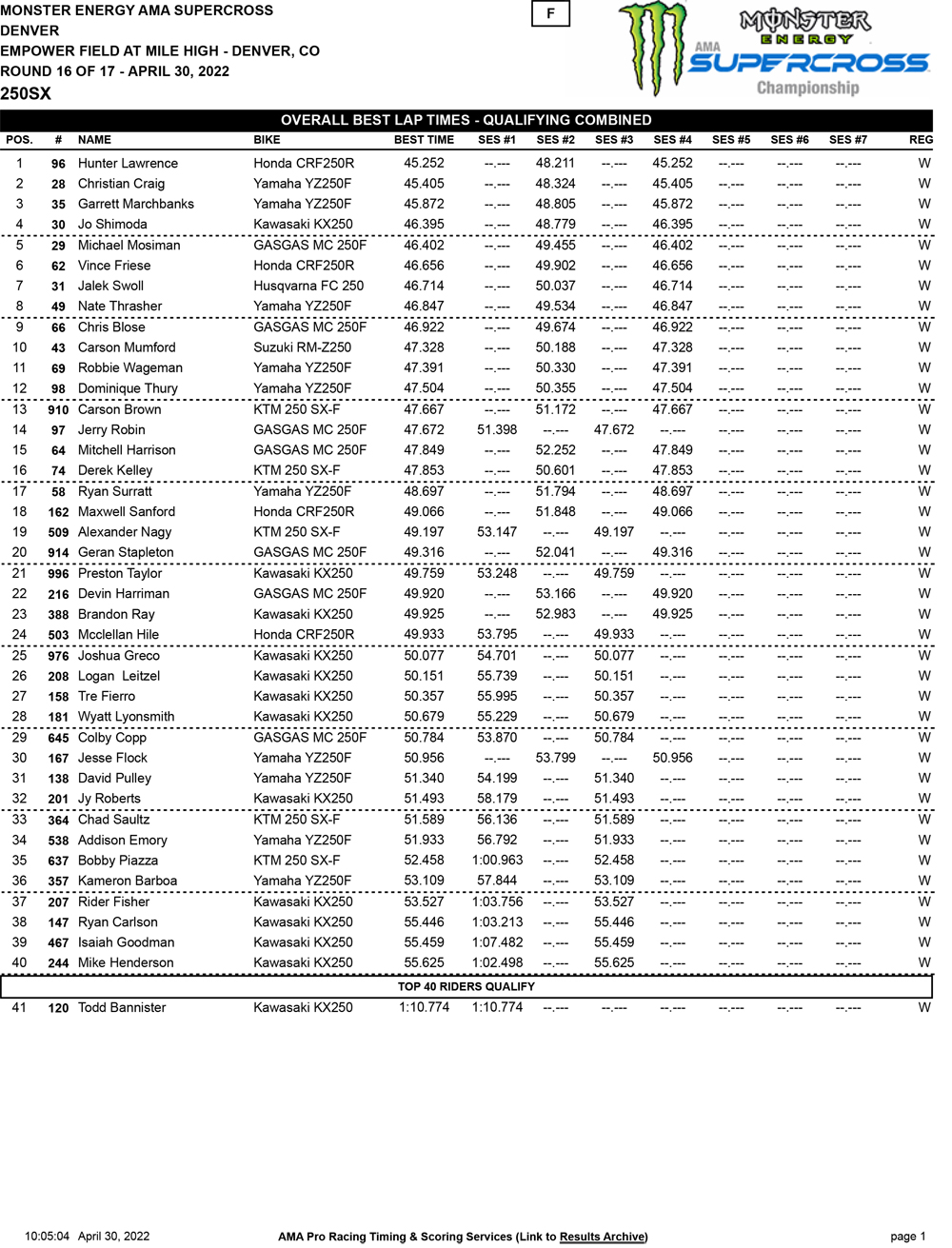