Another double for dominant Gajser in MXGP of Latvia Team HRC’s Tim Gajser won both motos at the MXGP of Latvia to increase his advantage at the top of the world championship, while Jago Geerts swept MX2.

On what was a miserably wet day at the Kegums circuit, Gajser took control of both races in what were difficult conditions to further stamp his authority on the 2022 series.

Fourth was enough for Fernandez to land on the podium overall behind Gajser and Jonass, while in the championship standings, Gajser is 66 points clear of Jorge Prado (Red Bull GasGas) – 12th overall at Kegums – and with Maxime Renaux (Monster Energy Yamaha) sitting third. 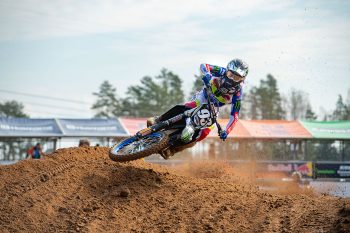 Overall, Geerts stood atop the podium ahead of Horgmo, who went 2-4, and Vialle’s 5-3 scorecard. Both Geerts and Vialle are tied in the standings on 244 points apiece leading into Maggiora, Italy, on 7-8 May. 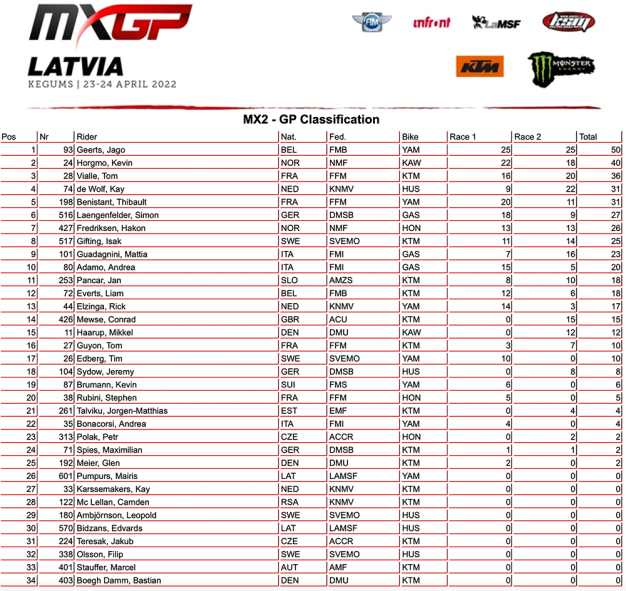