Sexton and Forkner on top after Foxborough qualifying

The field is set for the 15th round of the Supercross season. 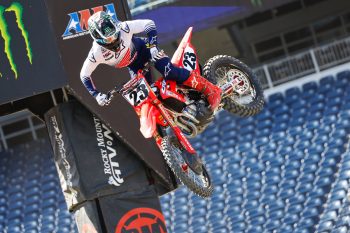 Honda HRC racer Chase Sexton and Monster Energy Pro Circuit Kawasaki’s Austin Forkner have set the fastest qualifying times inside Gillette Stadium, as the 15th round of the 2022 Monster Energy Supercross Championship gets under way at Foxborough.

Chase Sexton stormed to the top of the qualifying charts on the last lap of qualifying, as he became the only rider to drop beneath the 50-second lap-time benchmark. 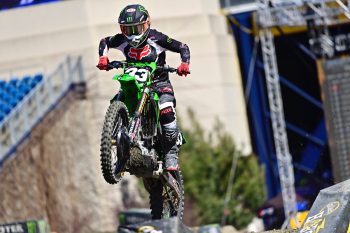