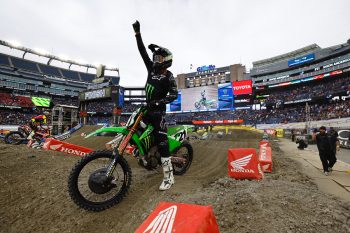 Anderson was in strong form all day and carried that momentum into the Main event, with a three-second win over Honda HRC’s Chase Sexton and Red Bull KTM’s Marvin Musquin.

Cooper Webb (Red Bull KTM) took the holeshot of the 420SX Main Event, with all of the main players, Tomac (Monster Energy Star Yamaha Racing), Anderson and Sexton hot on his tail.

As Tomac focused on making a pass on Webb in the opening laps, Anderson threw it up the inside of Yamaha rider in a turn, causing Tomac to stall his machine.

The contact dropped Tomac to sixth, and from that point he settled into a safe rhythm, content to clinch the 450SX into his home town of Denver, CO next weekend.

Up front, Anderson dispatched of Webb for the lead, with the KTM rider then steadily dropping positions through the pack to eventually finish sixth.

Sexton kept Anderson in sight for half the race, before settling for second place, ahead of Musquin.

Earlier in the day, Musquin and Sexton had captured the heat race wins during the second of three consecutive day-race events on the schedule.

Looking at the championship points, Tomac holds an insurmountable 43-point lead over Anderson (341 points to 298 points), with Barcia sitting in third (275), Stewart fourth (272) and Musquin fifth (266).

The 16th and penultimate round of the Monster Energy Supercross Championship will be held in Denver, CO next week. 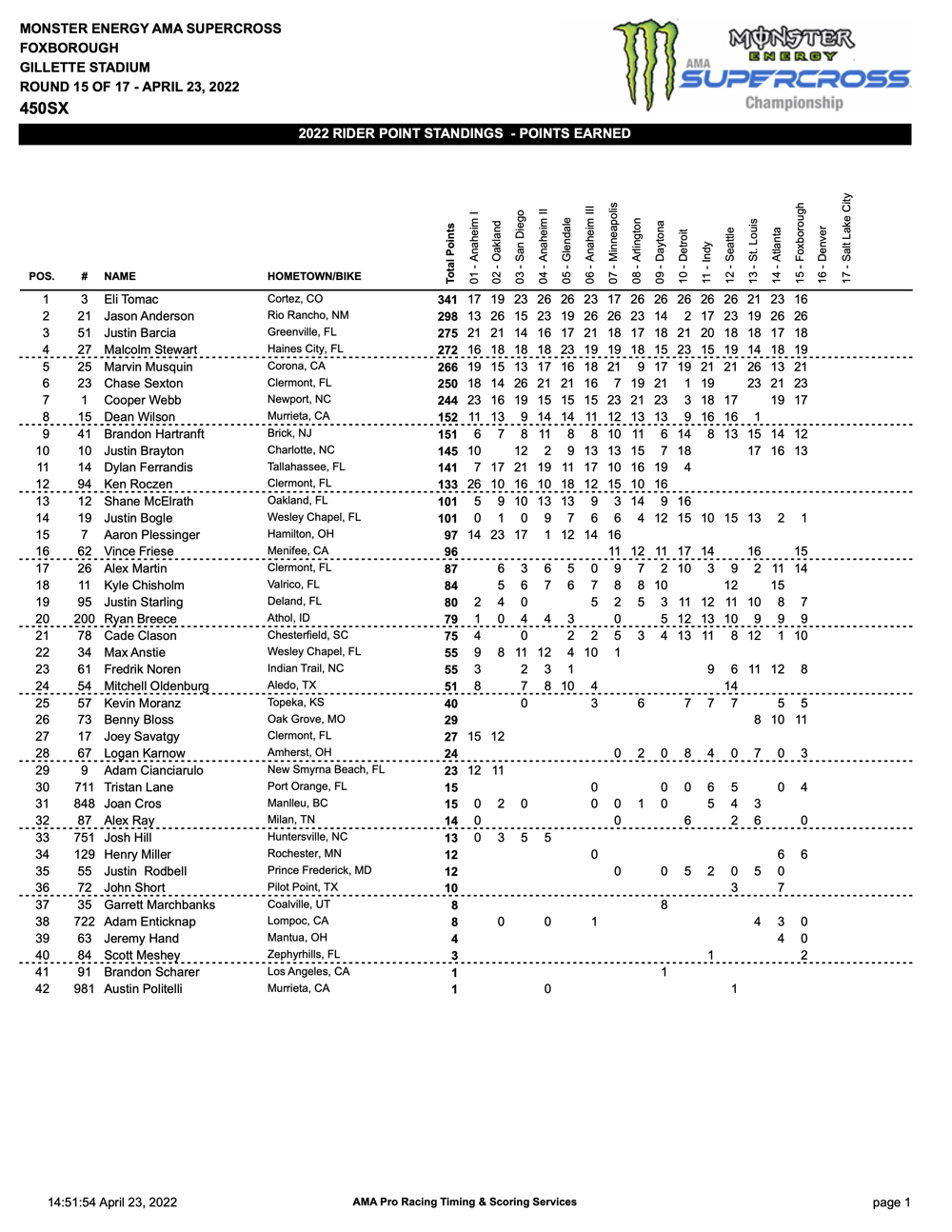