Atlanta last weekend delivered the first 250SX East/West Showdown of the 2022 Monster Energy Supercross Championship season, with top riders from each region battling it out as one. The 250SX podium finishers from last Saturday’s main event share their thoughts on the relevance – and ultimate importance – of both coasts coming together in this Input feature. 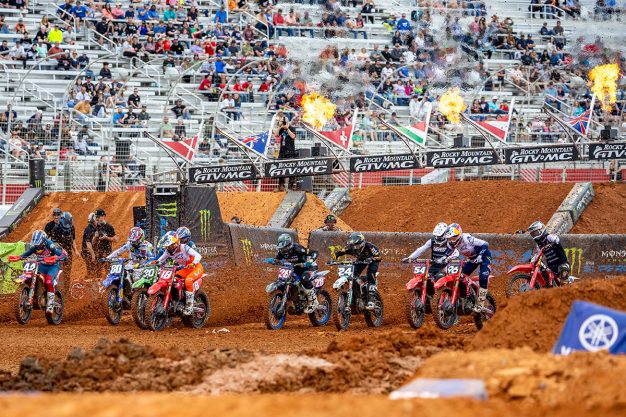 Hunter Lawrence (Team Honda HRC):
Any time you win is cool, so East/West is really good! Everyone is hearing about the East/West deal, who’s going to win, this and that? But, I feel like it’s the same for any opening round or any race after some controversy or whatever. It’s always like that. So, it’s not really anything new that you have to change your approach and stuff. We just come here to race. That’s just what I did. Got a good start and went from there. Obviously, the 450 is the premier class. That’s why there’s two coasts, because they obviously want to leave something to the premier class the premier championship. I think it’s good, having two shootouts is cool. If it will ever merge into just being a full 250 Supercross championship, I’m not sure, just due to the fact there’s kids, there’s families going to these races that can’t afford to do the full season of a 450 class where there’s a little more money and funding in the 450 class, I believe. 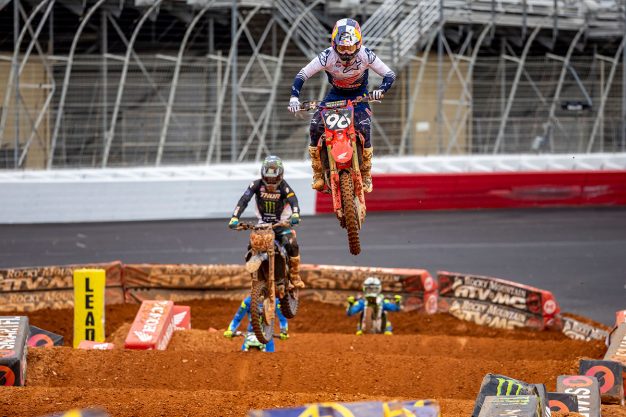 Christian Craig (Monster Energy Star Racing Yamaha):
I think it’s cool. I think having two is good, but if one of them was a little earlier in the year, I think you would get obviously more guys in it because less people hurt this late in the season. Then you wouldn’t have the guys worrying about the title also. So, that would be the only thing is a little bit earlier in the year, you kind of get a little bit more parity. I’m all about it. Maybe in the future that will merge. Who knows?

Jett Lawrence (Team Honda HRC):
I like it. I think it’s good because we don’t race each other all year. Even the practices, it’s not like we have an A group, B group… It’s kind of our own coast. So, it feels normal until you get to the main event and then it’s like, ‘hey, you’ve got to race these guys that you haven’t raced all season’. I think it throws a big curveball. You obviously watch the guys on TV to learn and you kind of have an idea of how they race, but you don’t know what it’s like being in that situation when you’re behind the goggle, so you never know what it’s actually truly like. You just see it on TV, which is I feel like a good thing. It makes it more fun, I feel like. Our season is pretty long, but the 450 is even longer, so I think it’s a good set-up with just riding with fast guys every single race. I feel like it sets you up almost good for the 450, so I wish we could do it more often, which would be cool, but we’re slowly getting back to it with two this year.