Regional points-leaders Craig and Jett Lawrence also on the podium. 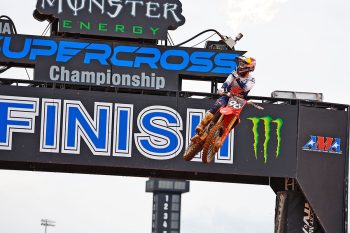 Team Honda HRC’s Hunter Lawrence was the big winner in the first 250SX East/West Showdown of the 2022 Monster Energy Supercross Championship in Atlanta.

Everybody wanted to see a duel between the points-leaders from each region and, in the end, both Christian Craig (Monster Energy Star Racing Yamaha) and Jett Lawrence (Team Honda HRC) were on the podium.

But ahead of them, it was Hunter Lawrence who rose to the occasion and claimed one of the biggest wins of his career – four seconds up on the field as the checkered flag flew.

Up-front early was Jo Shimoda (Monster Energy Pro Circuit Kawasaki) as he led the opening three laps, then Hunter Lawrence took charge and controlled the remaining laps from there. Craig, meanwhile, was P4 on lap one and made his way into second by lap five, but a mishap on lap nine ended his hopes of truly challenging for victory from that point.

Despite being 15th at the conclusion of the opening lap from a mistake of his own, Jett Lawrence worked his way into podium position with two to go, denying Shimoda a place on the box and that’s how the pair would finish, with top qualifier Nate Thrasher (Monster Energy Star Racing Yamaha) taking fifth. 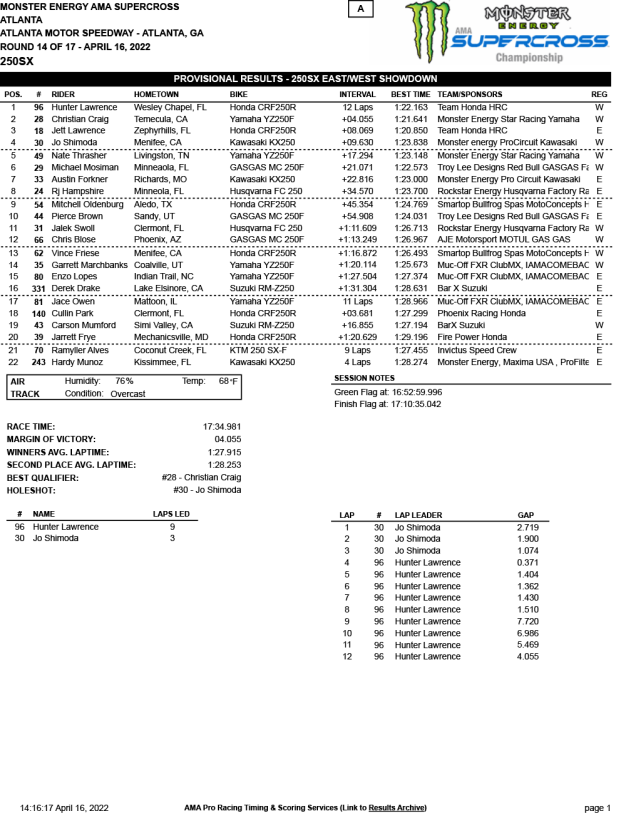