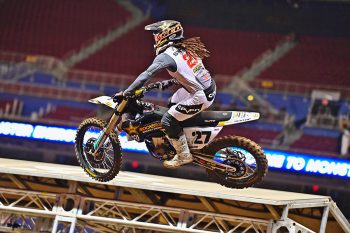 Teammates Malcolm Stewart and RJ Hampshire led the way in 2022 Monster Energy Supercross qualifying at the St. Louis round, a strong afternoon for the Rockstar Energy Husqvarna team.

With the track deteriorating as the day wears on, setting the 450SX pace was Stewart at 53.102s. 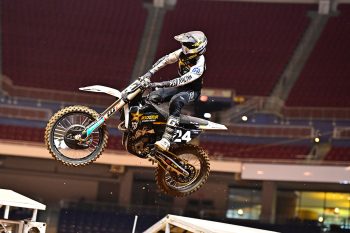 Times set in the earlier qualifying session proved quicker as 250SX East returned this afternoon and, in the end, Rockstar Energy Husqvarna’s Hampshire was fastest courtesy of leading practice one. 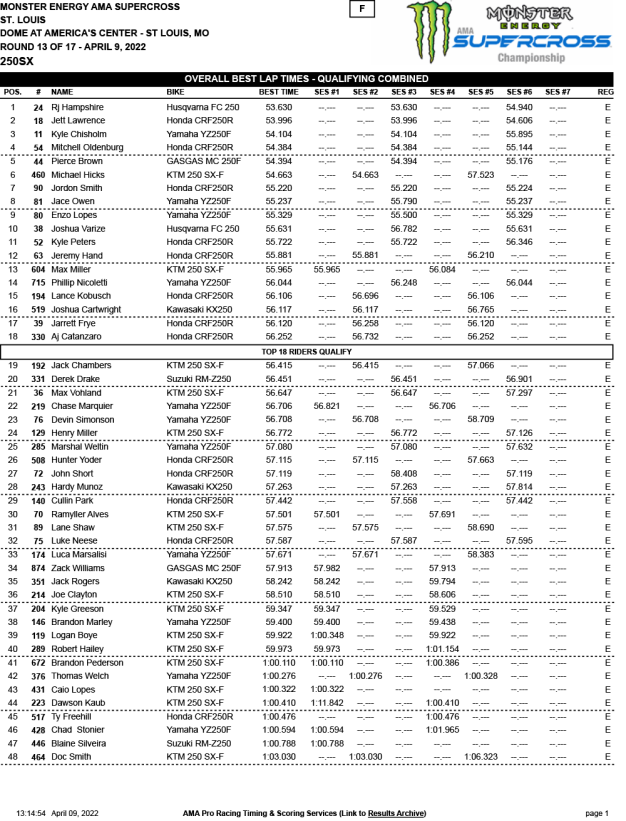 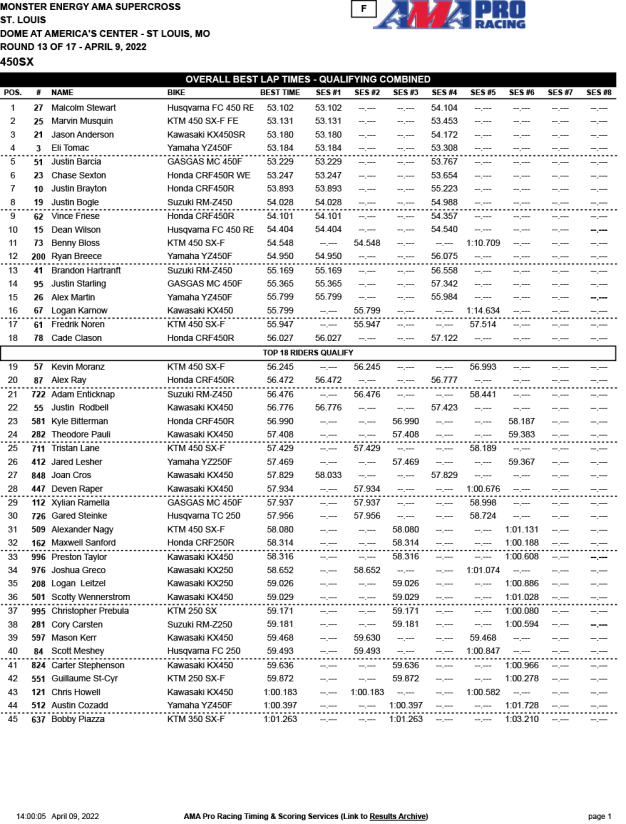