Who has been doing what in Supercross since switching teams.

The build-up to the 2022 Monster Energy Supercross Championship delivered intrigue for many reasons, none more so than many high-profile riders moving to new teams. In this edition of Q&A, MotoOnline addresses some of the hot topics surrounding how the new changes in the rider market have faired 12 rounds in. 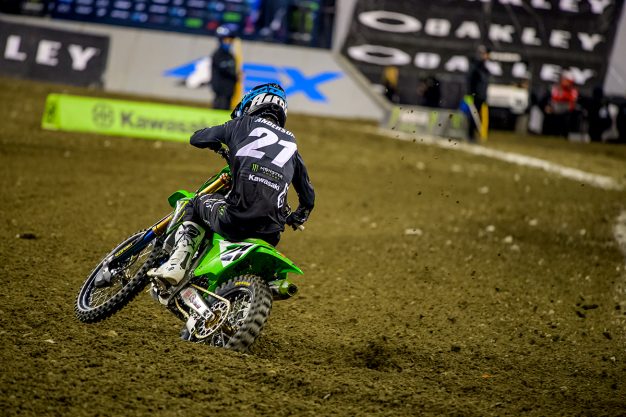 Q: Why is Eli Tomac so dominant with Monster Energy Star Racing Yamaha?

A: Tomac has proven before that when he can find his grove and is riding confident, he is virtually unstoppable. 2017 450SX is a great example. Although the then Monster Energy Kawasaki rider ultimately finished second in the 450SX title race to Ryan Dungey, he won more races than anyone that season including five in a row from Toronto to Seattle. However, for various reasons, Tomac has lacked consistency in the past which has cost him multiple titles. To put this in perspective, he is tied for fourth on the all-time 450SX win list with Chad Reed on 44, yet has just one 450SX crown to his credit. After spending multiple seasons onboard the KX450, the Star Racing Yamaha squad provided a fresh approach for Tomac and, clearly, the YZ450F platform is one that the 2020 450SX champion could make quick progress with. After winning Glendale’s Triple Crown, Tomac himself said it felt like he had velcro on his tires and was not having to fight the bike – he can just ride it how he wants to. Tomac also admitted the team itself was a perfect fit and enjoyed having a new training approach in being able to ride with his teammates in Florida when it suits his schedule. Seemingly, everything is coming easier for Tomac in blue, which would indicate why he is making fewer mistakes and consistently displaying his dominant pace.

A: 2018 champion Anderson appeared burnt out in years following his title success and if anyone needed a refreshed approach, it was him. The Monster Energy Kawasaki team to their credit have provided a platform for Anderson to showcase his talent once again. That’s not to say Anderson could not have won with another manufacturer, but the number 21 swiftly adapted to the aluminium frame of the KX450 and showed race-winning potential from the onset of Monster Energy Supercross this year. Anderson starting the season so strongly, on a new bike, with a new team, and winning as early as Oakland’s second round – his first victory in 47 races – points towards the cause being a reinvigorated platform for himself at Kawasaki. 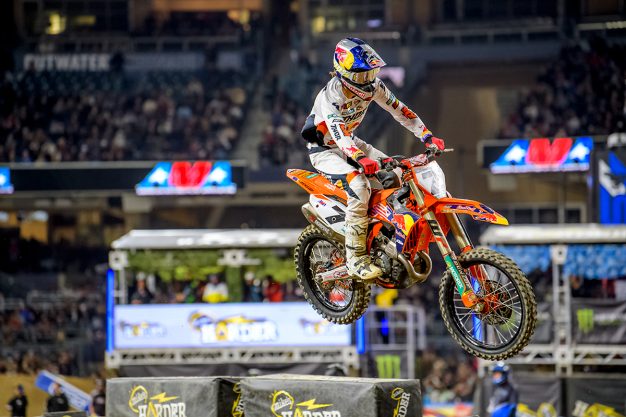 Q: Should anybody be second-guessing their move?

A: Most headline riders who made a switch ahead of 2022 450SX have seen an uplift in their form. However, Red Bull KTM Factory Racing’s Aaron Plessinger is the exception, only scoring one top-five finish in the seven races he has contested this season. Notably, that came as an impressive second place in just his second racing outing with the 450 SX-F Factory Edition, however, the number seven has been unable to come close to matching that form since. A lack of speed and comfort on the bike coupled with misfortune and bad luck has seen him finish further down the order than preferred. Plessinger was only able to complete seven races this year – sustaining a broken arm in a training crash ahead of Arlington – so the only real measuring stick is to compare to how he faired in the first seven races of 450SX last season with the Star Racing Yamaha squad. The answer is relatively similar. After round seven last year, he was ninth in the standings on 99 points, with one top-five to his credit. Fast forward to round seven in 2022, Plessinger was P10 with 97 points. That’s not to say he is second-guessing his move, but switching to the team that won the 450SX last year with Cooper Webb, it’s fair to say Plessinger would have been hoping for more.

Q: Who’s yet to show their full potential in new colours?

A:Malcolm Stewart. As a fastest qualifier and heat race winner this season, ‘Mookie’ has been unable to convert that raw pace to claim an elusive main event victory, but it’s only a matter of time. Stewart has remained relatively consistent throughout the year, despite being involved in multiple collisions with other riders that have limited his points haul. Currently fourth in the 450SX standings with two podiums, Stewart has consistently featured more towards the front this season, with the feeling that once he can achieve that breakthrough victory then there will be many more podiums to follow onboard the FC 450 Rockstar Edition.

A: Most likely. The cloud of uncertainty remains over Ken Roczen’s future, his season again plagued with illness that ultimately brought a premature end to his 2022 450SX campaign. Hunter Lawrence has teased a 450 step with Team Honda HRC, which is yet to be confirmed with some speculating it could come as soon as Lucas Oil Pro Motocross this year. Christian Craig is widely-tipped to be joining Rockstar Energy Husqvarna in 2023, leaving Dean Wilson in search of a seat. Then there are the likes of Triumph and Beta, who will arrive in the next year or two with factory presences. The question remains if that will be as soon as next year. Many 250 riders have expressed their desire to graduate – Austin Forkner, Colt Nichols and Justin Cooper to name a few.