Two-round amateur series to span across Canada and the US. 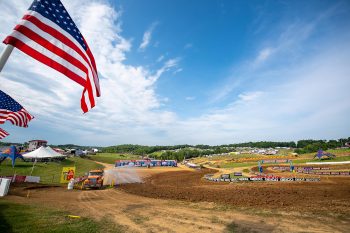 A new FIM North America Continental Motocross Championship has been formed for amateurs in a partnership between MX Sports, the AMA and FIM North America, which will include a round each within Canada and the United States.

Set to be contested over two rounds, the first outing of the series takes place on 10-11 September at Moto Park in Chatsworth, Ontario, Canada and the second held on 1 October at High Point Raceway in Pennsylvania.

“This promises to be a unique opportunity for Canadian and American riders to compete head-to-head,” explained MX Sports’ Jared Bolton. “It’s been common to see professional racers from the United States racing the Canadian series and vice-versa, but it’s rare to see this happen in amateur racing.

“The goal here is to open up opportunities for riders to not only compete for championship honors, but visit new locations and meet new people along the way!”