With the soft racing surface inside Lucas Oil Stadium leading to a treacherous track come main event time, the two title contenders got off to a great start, setting up an epic battle for the win.

Lawrence grabbed the holeshot with McAdoo, Jace Owen(Muc-Off ClubMX Yamaha) slotting in behind him. The lead duo began to gap the field, with Lawrence putting a bit of space between himself and McAdoo in the early stages.

With 11 minutes to go, McAdoo put on a charge, catching Lawrence and the two began to swap positions. Eventually gaining the position, McAdoo assumed the lead and looked to be putting time on Lawrence.

Not to be denied, Lawrence closed the gap as they hit lapped traffic, making a pass with seven minutes left in the race, eventually putting a six second gap on McAdoo and taking the victory.

Lawrence’s win gives him three in a row and four on the season, while McAdoo’s second place puts him 11 points back on Lawrence as the series ticks down to just four rounds to go.

Third place went to RJ Hampshire(Rockstar Energy Husqvarna) who recovered well from a rough start, just beating Pierce Brown on the final lap. Brown recovered from a crash while leading the heat race that nearly ended his night for fourth place.

Jordon Smith(Fire Power Honda) had podium chances in his sights early on in the main event, but contact with Brown dropped him outside the top five, eventually finishing eighth.

The 250SX East riders now get a weekend off as the series heads west to Seattle, before returning to St. Louis in two weeks time. 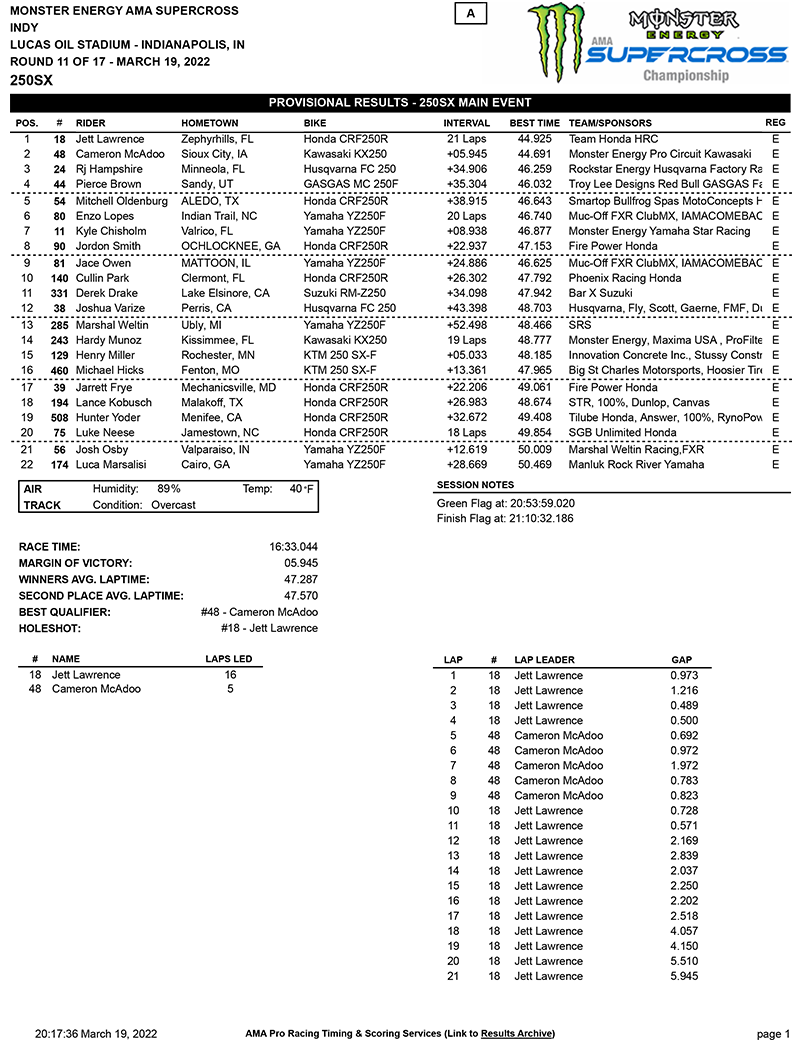