Benchmarks set for the 10th round of Supercross inside Ford Field. 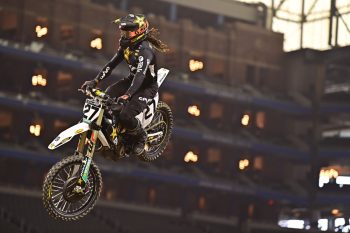 It was Malcolm Stewart and Jett Lawrence who qualified fastest in 450SX and 250SX East respectively for the 10th round of 2022 Monster Energy Supercross in Detroit.

Chase Sexton – the sole Team Honda HRC 450SX contender following Ken Roczen’s indefinite withdrawal from the series – took his CRF450R to second with a time of 43.701s, while former champion Jason Anderson (Monster Energy Kawasaki Factory Racing) was just a fraction behind in third, recording his quickest lap of 43.716s. TLD Red Bull GasGas Factory Racing’s Peirce Brown was impressive with a 44.170s to slot himself behind Lawrence in second, while the top three was completed by Cameron McAdoo (Monster Energy Pro Circuit Kawasaki) with a quick-time of 44.480s. 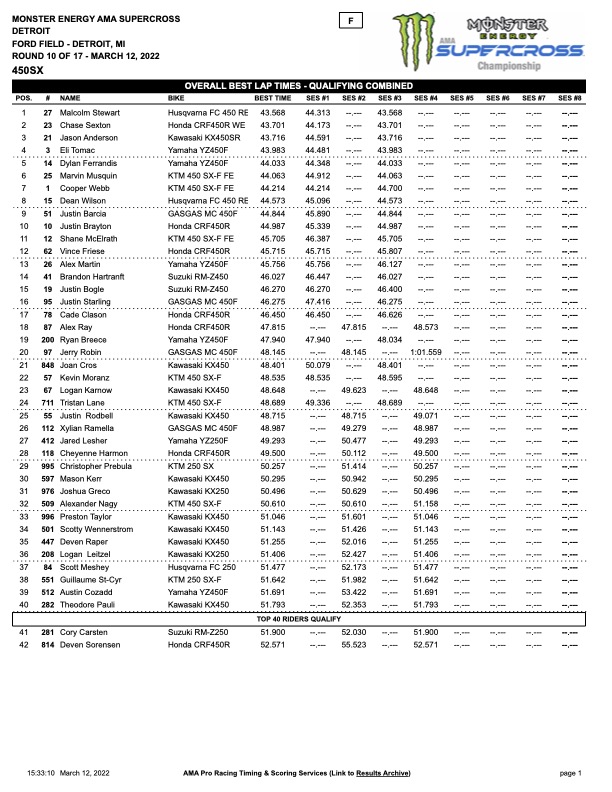