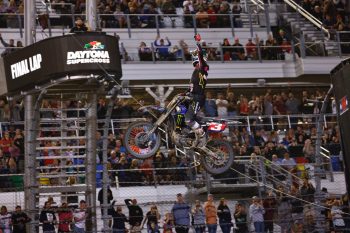 Monster Energy Star Racing Yamaha’s Eli Tomac has made history by becoming the first rider to ever win six supercross races at the historic Daytona Supercross.

As well as breaking records, Tomac was able to extend his Monster Energy AMA Supercross 450SX Championship lead to 17 points over his closest rival, Jason Anderson (Monster Energy Kawasaki), capping off a perfect night for the Colorado-based racer.

Red Bull KTM’s Cooper Webb started the 450SX Main event with a great holeshot and quickly set about putting distance between himself and the rest of the field, while Anderson and the fastest qualifier from earlier in the day, Malcolm Stewart (Rockstar Energy Husqvarna) tangled entering the sand and they both went down, remounting well down the field.

At the eight-minute mark, and with Webb quietly stretching out a three-second lead, Tomac suddenly upped the ante and passed Sexton for second, before setting off after Webb.

Tomac relentlessly closed the gap on Webb as the clock ran down and lapped riders began to come into play.

With just three minutes left on the clock, Tomac’s bike began overheating, but when Webb was held up by lapper Shane McElrath (Rocky Mountain ATV-MC KTM) in the whoops, Tomac pounced and took the lead.

The championship points leader continued to charge right to the end, as he made history by becoming the first racer to win six Daytona supercross races.

Tomac’s victory has seen him now stretch out a 17-point leader over Anderson in the points’ standings, with Cooper Webb now moving up to third, 33 points adrift as the championship heads to Detroit, MI on Saturday. 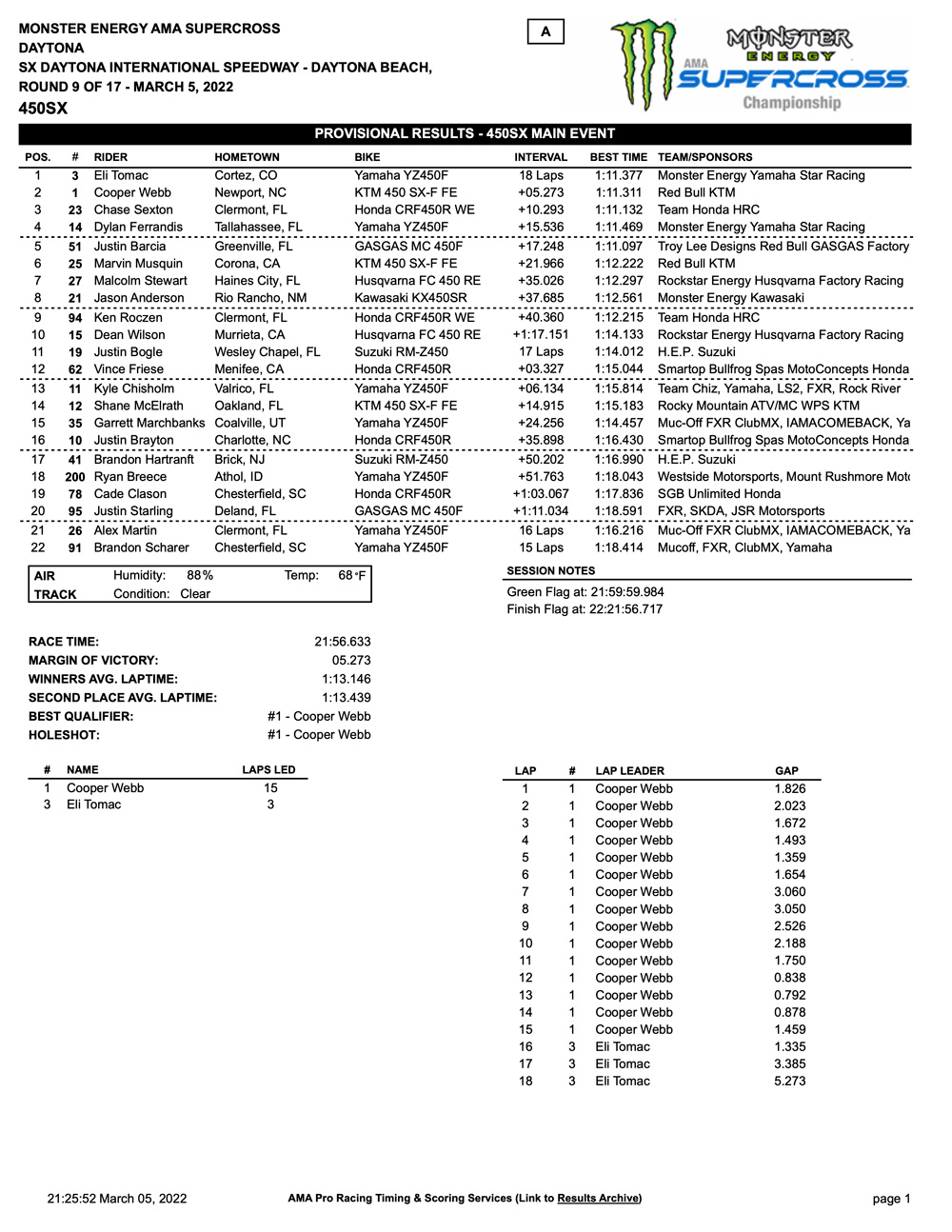