The field is set for the the ninth round at Daytona International Speedway. 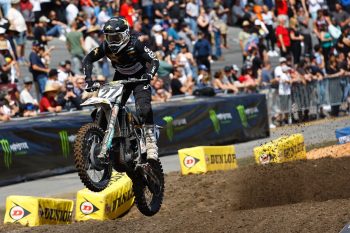 Rockstar Husqvarna’s Malcolm Stewart and Team Honda HRC’s Jett Lawrence have topped the qualifying time sheets at the ninth round of the Monster Energy AMA Supercross Championship at the Daytona International Speedway.

Stewart made the most of the local advantage by putting in a hard-charging final lap to leap to the top of the 450SX qualifying charts, with a stunning time of 1m10.902s at the Daytona International Speedway.

Marvin Musquin (Red Bull KTM) finished in third, snapping at the heels of Anderson with a time of 1m11.186s. 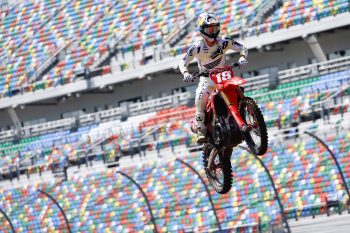 Coming off a difficult round at Arlington last weekend, it was a great bounce-back for the Australian, who was the only rider to break the 1m11s time barrier.

Rockstar Energy Husqvarna’s RJ Hampshire also had a great showing after being cleared of concussion last week, with a second-fastest time of 1m12.483s. 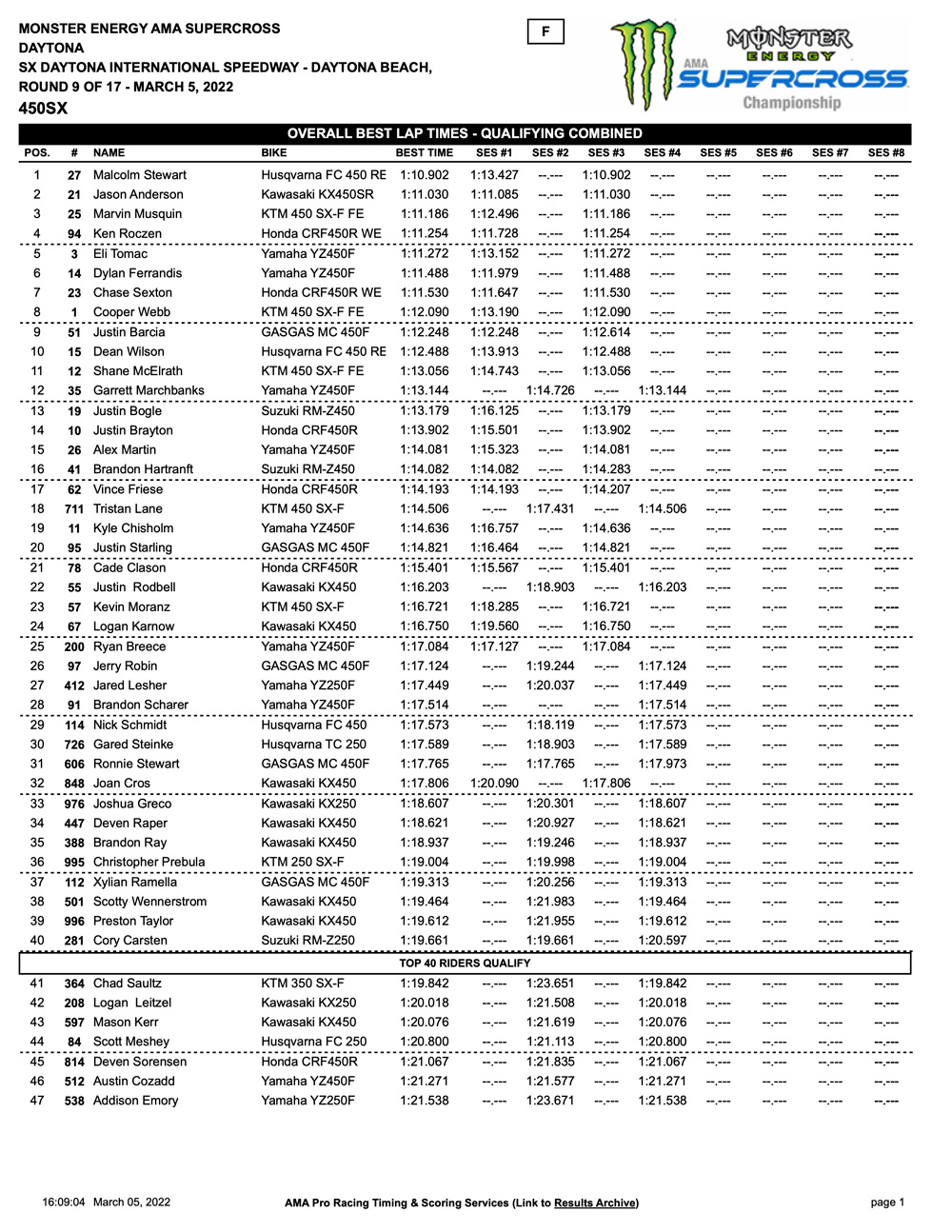