Looking to depend upon experience in championship assault. 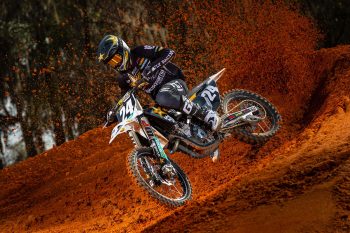 Progress made with the new FC 250 late in the pre-season will serve as a timely boost for Rockstar Energy Husqvarna’s RJ Hampshire entering the 250SX East opener this weekend in Minneapolis.

Hampshire endured a shortened 2021 indoor campaign, scoring P5 at Houston’s season-opener followed by ninth at the venue for round two, until a crash at H3 resulted in season-ending injuries.

Now one of the more seasoned competitors in the category, Hampshire has been instrumental in the early development of the Rockstar Edition model, overcoming early woes since beginning testing in December and only recently making strides forward.

“To be honest, we got the bike mid-December and I struggled at first,” he admitted. “I wasn’t comfortable at all and we could not figure it out. It wasn’t until we went out to California a few weeks ago and I feel like we’ve got something pretty solid now.

“It’s a new bike and I’ve been testing so much, we’re trying everything we can do. I was ready to go race west coast, but that wasn’t a good call… Clearly we’re still trying things and trying to figure it out, but did some more testing this week and I feel like the new bike has come around pretty good for me.

“We’ve really been trying to focus on the starts with this new bike and we’ve been making a lot of progress with it. I mean, you never know until you go racing, its kind of good we’ve had some rounds before we go racing because they learned a lot about the bike, and kind of gave it to me before I even started with it.

“All and all, kind of take my years that I’ve had and not try to throw it away in the beginning. We’ll get through the first few rounds, see where we are at, it’s always kind of nervous going into round one – you don’t know where everyone is.” 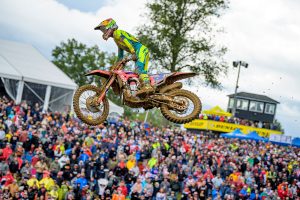