Stage set for first Triple Crown round of the Supercross season. 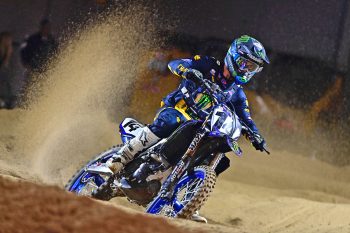 Two new riders were atop the Monster Energy Supercross qualifying charts at Glendale, with Dylan Ferrandis and Hunter Lawrence leading the way for the first Triple Crown of 2022.

A Monster Energy Star Racing Yamaha 1-2 was led by Ferrandis in 450SX qualifying at Glendale, closely followed by points-leader Eli Tomac in a continuation of afternoon form for the duo.

Ferrandis recorded a best of 1m01.140s late in the session to edge Tomac’s 1m01.301s, while Jason Anderson (Monster Energy Kawasaki) was a further few tenths back in third position. Team Honda HRC riders Chase Sexton and Ken Roczen came through next, with Marvin Musquin (Red Bull KTM) the final rider in the 1m01s. Top-qualifier Lawrence left it until the last lap to set the final benchmark in 250SX West qualifying, his 1m03.118s the eventual best – also quickest earlier today – after a mix of riders factored toward the front.

The Team Honda HRC rider’s late flier denied Nate Thrasher of the top spot with a 1m03.153s, which was in turn ahead of Monster Energy Star Racing Yamaha teammate Christian Craig’s 1m03.197s – all three setting their laps in the final minutes of the session. 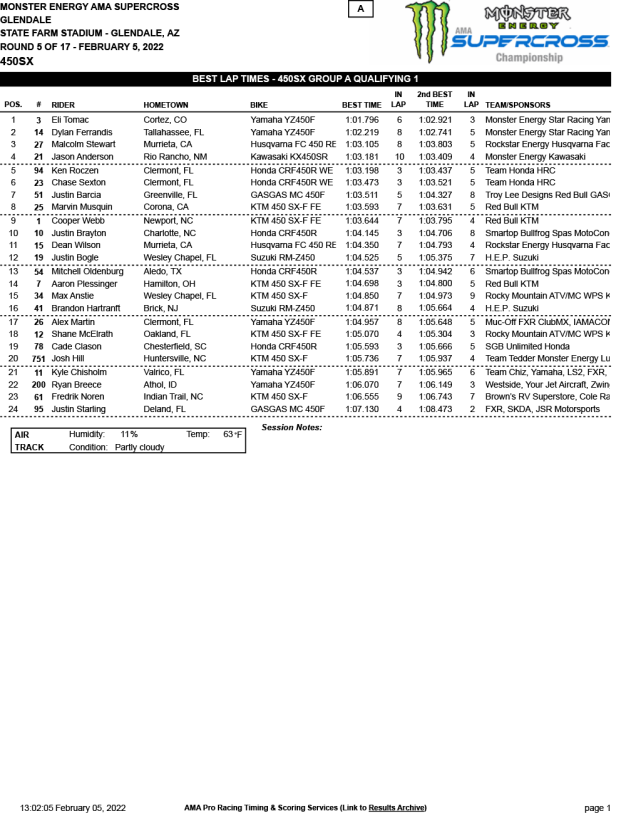 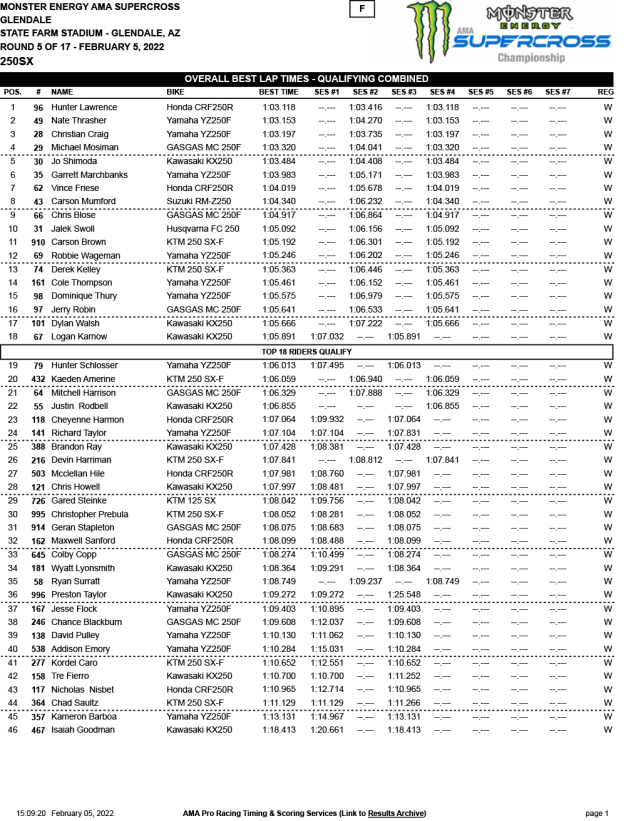