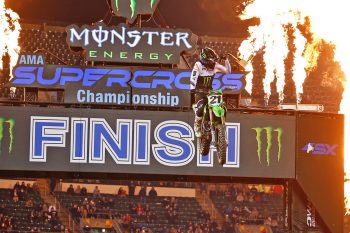 The first couple of laps were led by the fast-starting Adam Cianciarulo, before teammate Anderson had moved his way from third into the lead and stayed there for the duration.

It was new Red Bull KTM recruit Aaron Plessinger who went on the move next and climbed into the runner-up position, but Anderson was able to remain composed at the head of the pack to control things in P1, topping Plessinger and new red plate-holder Justin Barcia (TLD Red Bull GasGas) – who also went a tear in the middle stages – on the podium.

Cianciarulo eventually faded to 12th behind Joey Savatgy (Team Rocky Mountain ATV/MC KTM WPS), while Ken Roczen (Team Honda HRC) was knocking on the door of the top-five when he went down early on, plummeting to 16th and then working his way back to 13th by race’s end.

In terms of the points, it’s now Barcia who has taken over atop the standings ahead of San Diego, three points clear of Anderson and Webb, who are tied two rounds in. Plessinger is two further back in P4, as Roczen dropped to fifth tonight. 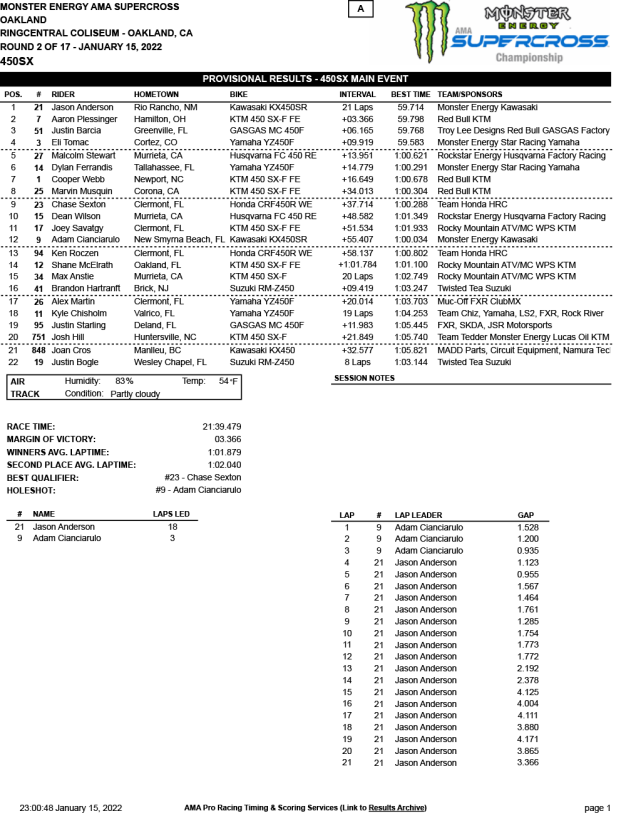