Lawrence and Hammaker once again join Craig on the podium. There was no denying Craig back-to-back wins, delivering another commanding ride to once again finish ahead of Hunter Lawrence (Team Honda HRC) and Seth Hammaker (Monster Energy Pro Circuit Kawasaki).

It was Monster Energy Pro Circuit Kawasaki’s Jo Shimoda who led across the line on lap one, before Craig took charge soon afterwards and powered away at the front by 5.698s – Shimoda’s night unravelling when he stalled and then went down in the whoops while in P2 on lap three.

Lawrence was patient in working his way to the podium, eventually passing Hammaker on lap 11 and that’s how they would stay in positions 1-2-3.

Leading into San Diego’s third round of 2022 Monster Energy Supercross next weekend, the unbeaten Craig now has an eight-point lead over Lawrence and Hammaker. 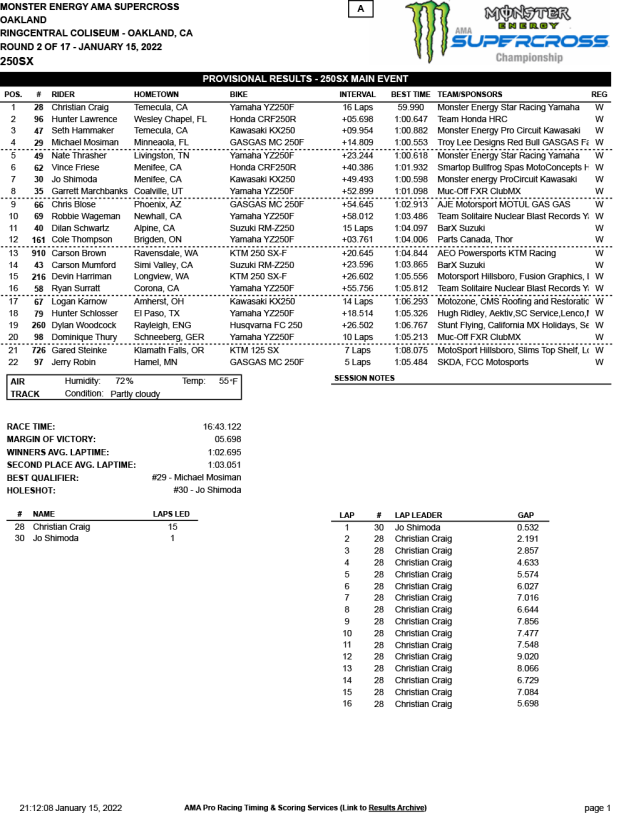