The stage is set for the 2022 Monster Energy Supercross season-opener at Anaheim 1, with Malcolm Stewart and Christian Craig qualifying quickest this afternoon.

In his first outing with Rockstar Energy Husqvarna, Stewart qualified in first position to open the year after controlling the final 450SX session.

P6 came Marvin Musquin, again the top of the Red Bull KTMs as he was in qualifying one, with Ken Roczen (Team Honda HRC) the final rider beneath the 58s bracket.

Still-injured Adam Cianciarulo (Monster Energy Kawasaki) slotted into 11th overall despite his troublesome shoulder, while Aaron Plessinger (Red Bull KTM) sat all the way down in 18th, as he did in the earlier session when he crashed heavily in the whoops before remounting and continuing on. 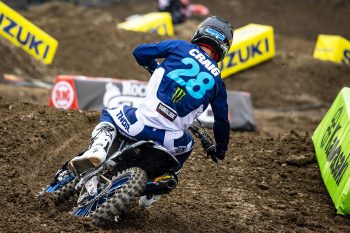 During the session, Craig trailed Lawrence at midway to deliver the benchmark, while Mosiman’s best came early on – the trio the only riders in the 57s. 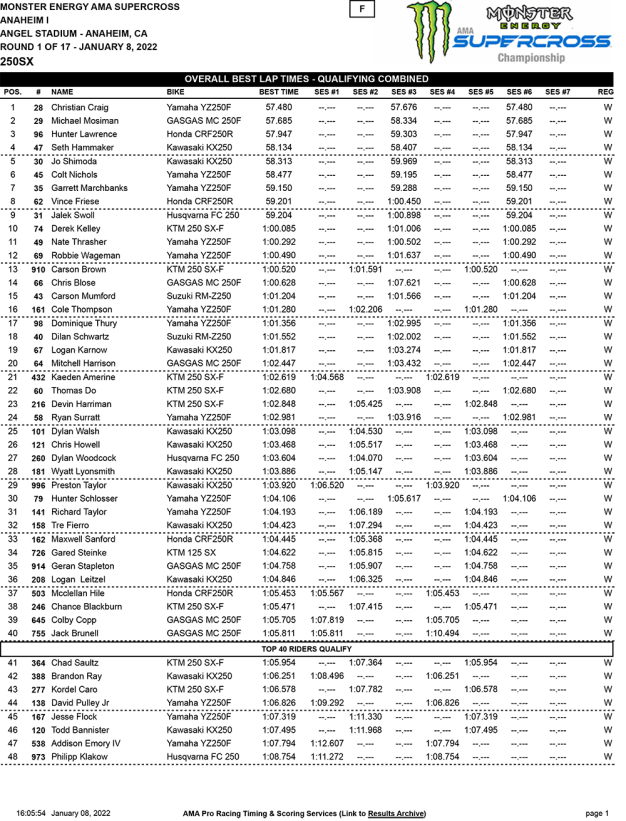 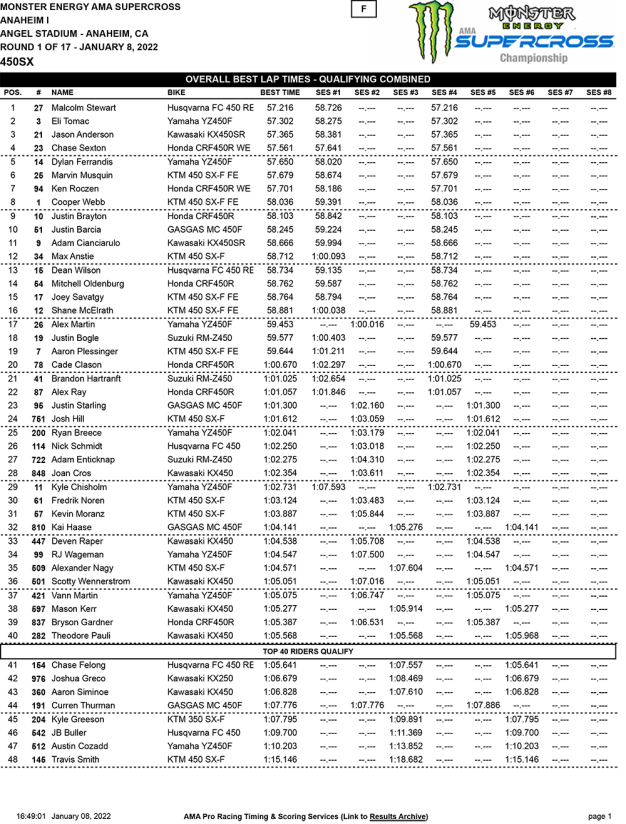