Ongoing issues with a back injury have forced Zach Osborne to announce his retirement, the Rockstar Energy Husqvarna rider confirming his decision today.

Osborne, 32, injured his back during the Monster Energy Supercross season, which ultimately ended his hopes of defending his Lucas Oil Pro Motocross crown.

It was expected that Osborne would retire at the end of the outdoors, however, positive improvements prompted him to reconsider his position and he’d committed to race-on through the 2022 season as his final year at the professional level.

Instead, he’s been unable to reach full health and fitness in the lead-up to Anaheim 1 and will now draw the curtains on his professional career.

“After 16 years of professional racing, the time has come for me to call it a career,” Osborne explained. “I’ve tried everything in my power over the last six months to get my health back up to the standard it needs to be to race at the highest level.

“After just a few weeks of riding Supercross at full intensity, I realized it just wasn’t meant to be. I’m so grateful for the journey I’ve had as a professional. I’ve met so many incredible people and been a part of some of the finest organizations in motorsports.

“This was not an easy decision or one I took lightly, but it was the right decision. I’m forever grateful to my family, fans and teams for their support throughout my time as a professional. In the next chapter, I want to focus my time more on giving back to those who have given to me.”

The Rockstar Energy Husqvarna is recognized for the determination displayed throughout his career, winning the 2017 250SX East and 250MX championships, as well as the 2018 250SX East crown in a successful defence and the 2020 450MX national title. His lone 450SX victory came at the Salt Lake City finals that same season.

Throughout his well-versed professional racing career, Osborne also competed in the MX2 World Championship, plus represented Team USA in the Motocross of Nations (MXoN) and International Six Days Enduro (ISDE). 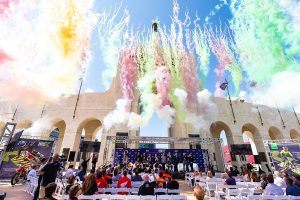 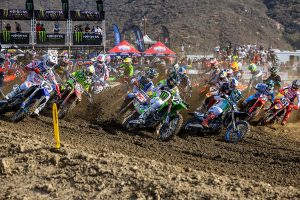 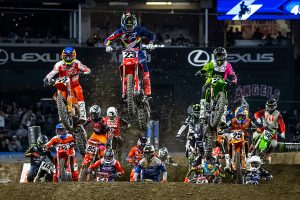