The 2022 Monster Energy AMA Supercross broadcast schedule has been announced, featuring a record three live races and 13 total hours of coverage on NBC.

All televised coverage across NBC, CNBC and USA Network streams on NBCSports.com and the NBC Sports app. All Supercross heats, qualifiers and live and on-demand replays of races will be available on Peacock.

NBC Sports motorsports commentators Leigh Diffey and Todd Harris will handle play-by-play duties for Supercross coverage in 2022, to be joined by five-time champion Ricky Carmichael as analyst, as well as reporters Daniel Blair and Will Christien. Blair will also serve as the play-by-play commentator for a select number of races.

Supercross Video Pass and international streaming details of the 2022 Monster Energy AMA Supercross Championship will be forthcoming in December. 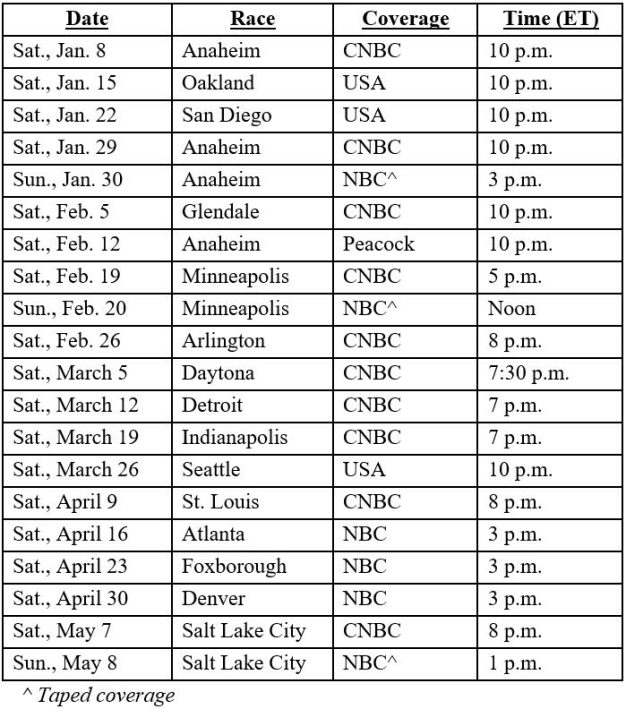