Geerts victorious in MX2 over Renaux after the pair split wins. 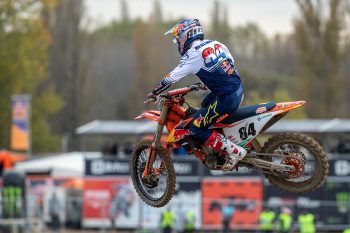 Jeffrey Herlings scored an important victory at the MXGP of Lombardia, finishing equal on points with Romain Febvre to remain within striking distance of the red plate as Jago Geerts landed on the top step in MX2.

Herlings recovered from a crash to finish second, while Gajser crossed the line third however was demoted to seventh after receiving a penalty for exceeding track limits on the exit of the first corner on the opening lap, deemed to have gained an advantage while doing so.

In moto two, Herlings took a commanding race win to seal the overall from Febvre, Gajser finishing the race third, however, the points lost from the opening moto meaning he was P4 overall behind Tony Cairoli (Red Bull KTM Factory Racing), who completed the overall podium with a 3-4 scorecard.

An eventful day for Monster Energy Yamaha Factory MXGP’s Jeremy Seewer saw the Swiss rider finish fifth overall, having to slice his way through the field in both races to score a pair of fifths.

Febvre’s runner-up result sees him maintain the red plate heading into the final round of the championship, three points ahead of Herlings after he moved to second position. Gajser’s first race penalty proved costly, now third in the standings, 15 points from the red plate. 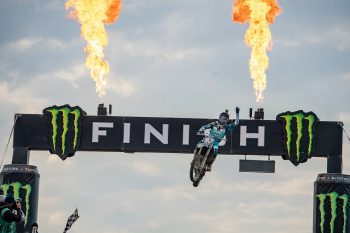 Moto two saw Geerts victorious ahead of his teammate, with Rockstar Energy Husqvarna’s Jed Beaton in third. Vialle’s fourth in moto two was sufficient to see him complete the overall rostrum, as a fifth in moto one for Beaton meant he was fourth overall after his strong showing in the second race.

Completing the top five was Kay De Wolf (Rockstar Energy Husqvarna) who notched fourth in moto one before two crashes left him 11th in the second outing.

The MXGP of Mantova will commence on 10 November, marking the second event of the doubleheader at the Italian venue and more critically, the final round of the 2021 MXGP World Championship. 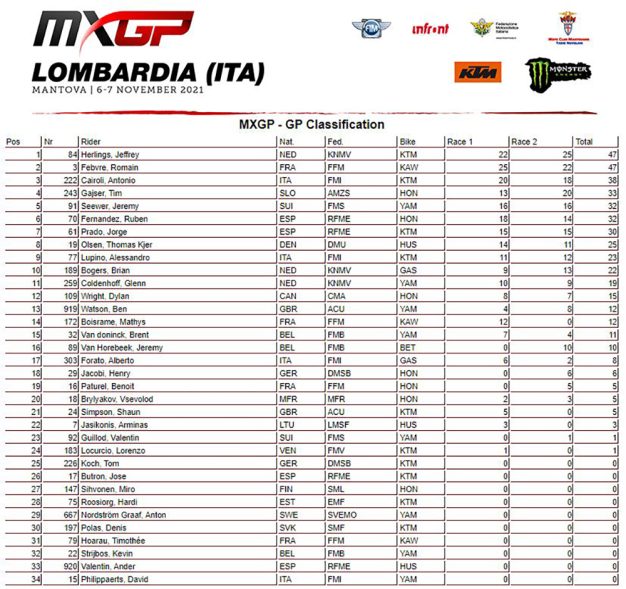 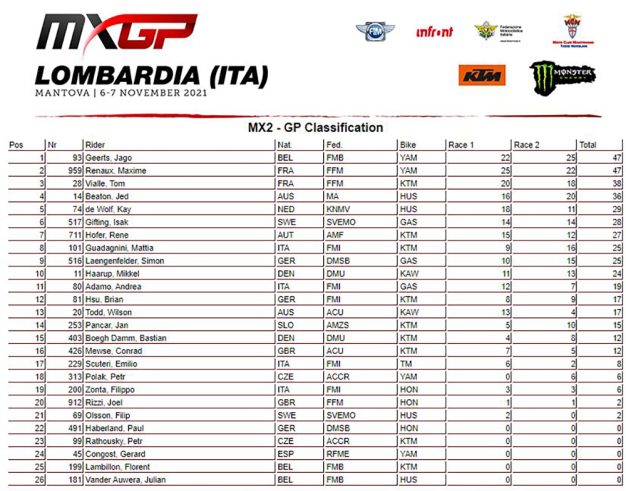