Cairoli back on top as MXGP pendulum swings at Pietramurata 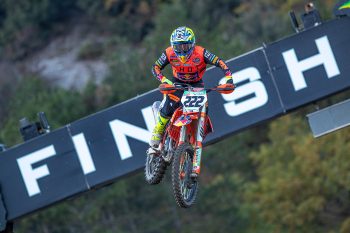 Tony Cairoli landed back on the top step at the MXGP of Pietramurata, the 2021 season pendulum swinging once again in the title fight, while Rene Hofer claimed a career-first MX2 victory.

Cairoli charged to third in the opening moto before a taking commanding victory in the second race, a 3-1 scorecard enough to see the Italian take his 94th GP victory.

Tim Gajser (Team HRC) scored a critical second overall, two podium finishes – a second then a third – enough to see him take the runner up position for round 15.

A victory in race one for Monster Energy Kawasaki’s Romain Febvre saw him claw back critical championship points, however a fifth in the second race limited the Frenchman’s overall result to P3.

In what marked a major blow to his championship advantage, Jeffrey Herlings (Red Bull KTM Factory Racing) suffered a DNF in the opening moto after he crashed in the first turn, later having his machine damaged by an oncoming rider. The Dutchman finished fourth in moto two after a difficult race.

Herlings still leads the MXGP World Championship standings, albeit his margin now reduced to a single point over Febvre, with Gajser only a further two points back. 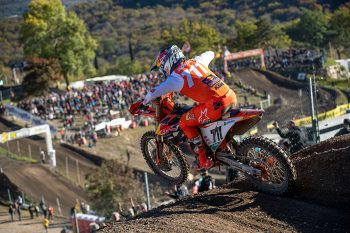 It was Rene Hofer who claimed victory in MX2, a 4-1 scorecard sufficient to see the Austrian claim his first GP victory and become the first Austrian winner of a main category since 1987.

Inconsistencies for many key contenders across the event meant a 2-6 scorecard landed Jago Geerts second overall, the Monster Energy Yamaha Factory MX2 rider backing up his second overall from the first outing at Pietramurata.

Completing the rostrum was Ruben Fernandez (Team Honda HRC), a third in the opening moto helping carry the Spaniard to P3 overall after fifth in moto two.

The MXGP World Championship resumes this weekend, again at Pietramurata, marking the third and final event of the tripleheader held at the circuit. 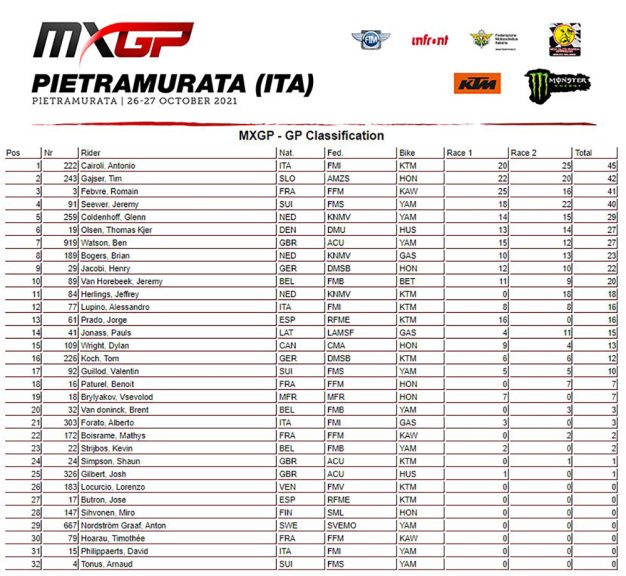 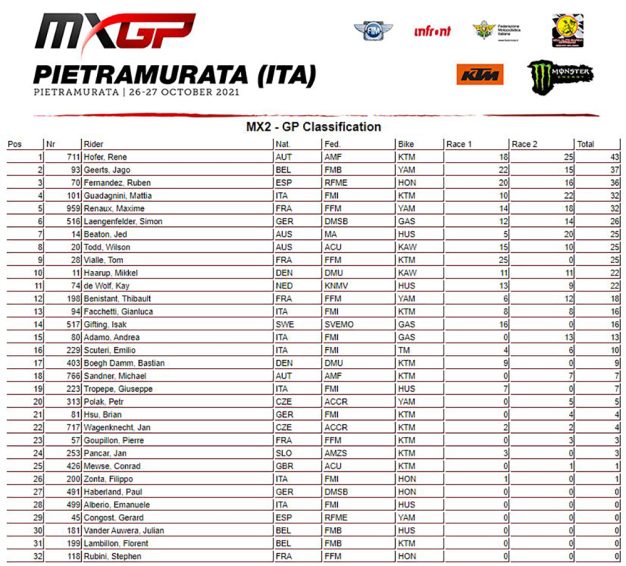