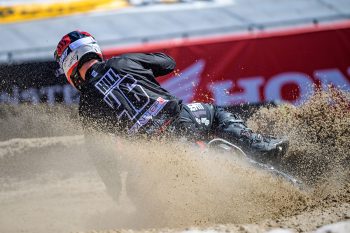 Justin Hill will make a return to competition in 2022 after committing to the Partzilla PRMX team aboard a Kawasaki for Monster Energy AMA Supercross.

Hill finished 10th in the 2020 standings with Smartop Bullfrog Spas MotoConcepts Racing Honda, but was absent altogether this season.

The move marks 26-year-old Hill’s first appearance on a KX since he captured the 2017 250SX West championship with Monster Energy Pro Circuit Kawasaki, before switching to Suzuki for his defense the following year.