MXGP riders split on return to two-day format for 2022

Herlings, Prado and Gajser share their thoughts on return to two-day format. 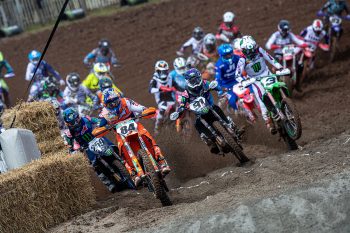 The 2022 MXGP World Championship calendar should be released before the end of October and one of the defining features of the schedule will be the return to a two-day grand prix schedule with practice and a qualification heat on Saturday.

MXGP has run a one-day timetable since the beginning of the pandemic and since the sport had to adjust to multiple-events at the same venues during the summer of 2020.

The reversion to the traditional structure has split opinion. The motives for bringing back the free practice and qualification races for MXGP and MX2 are to give more track time, thereby more visibility and more value to organizers who will have a stronger case for two-day ticket sales, even if the championship has so far run a full European and support classes program on Saturdays. Some riders prefer the intensity of the single day routine for the obvious benefits.

“We should just stay to one-day – less travelling, less risk, cheaper for the industry,” commented MXGP series leader Jeffrey Herlings. “I don’t see the point in going back to two-days. I think you can also have a longer career with a one-day event.”

“I think the same,” added Red Bull KTM teammate Jorge Prado. “I think we already ride enough on one-day. We race already so much, so to put another day and more track time makes no sense.”

In contrast, current world champion Tim Gajser sees a wider picture, one that will also include more sessions for set-up (an asset that the KTM riders might need in 2022 with brand new 450 and 250 SX-F models to develop).

“I cannot wait to go back to two days because a world championship should be two days,” the Slovenian reckoned. “If we look to MotoGP or F1 they are racing [on-track] already on Friday. I think it’s good for the sport and to have more track time would be good.”

The topic prompted an interesting interchange between title rivals Herlings and Gajser in the Spanish GP post-race press conference last weekend. The two did concur that the exertions of a qualification heat and a victory should lead to greater reward when it comes to positions in the start gate.

“If you go to Arco [di Trento] and take pole position then it’s for nothing… You can take a good start from 20th position,” stated Herlings. “If you want to do that [a qualifying heat] then do it like F1 or MotoGP where it gives an advantage, otherwise it’s 20 more races, 20 times more risk and possibly more injuries. I don’t see the point of it – but I’m just a rider.”

Gajser agreed, but stopped short of saying a motocross gate should be staggered as in other motorsports: “Everywhere they [the top qualifiers] have an advantage, but if we go this way then it’s not motocross.”

“Then it should be like Lacapelle (the Grand Prix of France) circuit with a slanted start and tight left inside first corner where being on the inside gives an advantage,” Herlings replied. “If you do two days at a GP, then at least get an advantage from it.”

MXGP is also rumoured to be targeting 20 events in 2022 and a return to overseas grands prix, as well as a February-September plan ending with the 75th Motocross of Nations (MXoN) at RedBud in the United States.