Future yet to be announced for highly-rated amateur talent. 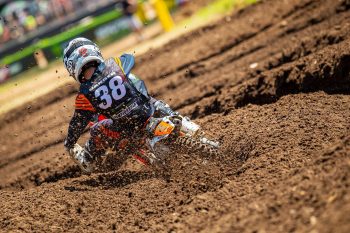 Highly-rated amateur Haiden Deegan has confirmed his time with KTM is up as he farewells the brand that has supported him for the past eight years, set to soon reveal a ‘new chapter’.

Deegan has been a mainstay as part of the Orange Bridge, however, as he steps up to the 250F for 2022 it will mark an important step in his career.

Although the 15-year-old has been seen recently testing the factory KTM 250 SX-F, the decision has been made by the Deegans for Haiden to move on in a bid to set him up for his professional career in the next couple of years. He has been linked with Monster Energy Star Racing Yamaha in recent months.

“My contract is done with KTM,” Deegan confirmed. “I’ve had a great eight years with them… it was a long journey, we’ve had a lot of great races and a lot of titles won with them, so definitely an awesome team to be with.

“I got my first deal with KTM when I was seven years old, so it was super-sick to me as a person when I was little and I was excited for that. We were able to conquer five Loretta’s titles and I’ve won a lot of titles with KTM – Mini Os, Freestone, Ponca, all those nationals.

“We always pretty much tried to dominate and worked to do so. Overall, we got to the 250, so it was basically from the smallest bike you can get to the biggest bike you can get. Eight years of memories from 65s to 250s, started training and see where it took us.

“Anyways, thank you to all the guys at KTM for your support and help over the eight years, it was awesome and now we’re going to be onto a new chapter.”

Deegan claimed the Supermini 1 championship in this year’s Monster Energy AMA Amateur National Motocross Championship at Loretta Lynn in August, before moving up to the 250F in the weeks afterward. 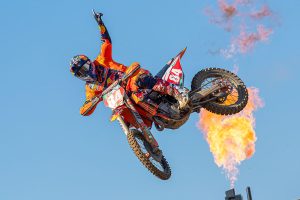 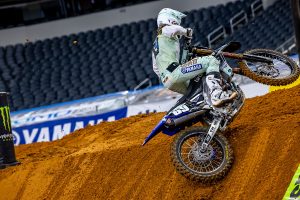 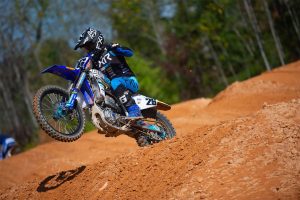