Former Supercross and Pro Motocross champion on YZ450F for 2022. 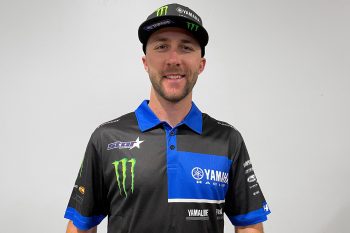 It was back in May when Tomac was confirmed to be departing Kawasaki amid speculation that he would switch to Yamaha for next year, now formally announced.

“I’m really excited about this next chapter of my racing career with the Monster Energy Star Yamaha Racing team,” Tomac commented. “With the recent success of the team, motorcycle, and crew members in place, I know we will be ready for the challenge of winning races. January can’t come soon enough!”

The signing of Tomac is a major coup for Yamaha and Star Racing off the back of Dylan Ferrandis winning the 450MX crown as a rookie this season, pairing those two together in addition to Christian Craig outdoors.

“We’re really happy to have Eli on board next season,” said Jeremy Coker, Monster Energy Star Yamaha 450 team manager. “He is a proven championship contender and an incredible athlete.

“Together with Dylan and then Christian joining us for the outdoor season, we have a great line-up and look to be fighting up front for the number-one plate in both championships.

“This year was a great first year in the premier class for the team and an absolutely incredible Pro Motocross season. We look to build on that and are really excited for the 2022 season.”

Today’s news also confirms that Aaron Plessinger has exited, expected to join Red Bull KTM from 2022 in a deal yet to be revealed.

Yamaha’s 250 class roster will be packed once again, with Craig remaining on the YZ250F for Supercross before stepping up, as well as 250SX champions Justin Cooper and Colt Nichols, Jeremy Martin, Nate Thrasher and Levi Kitchen.