Team Netherlands topped qualifying in the 2021 Monster Energy Motocross of Nations (MXoN) at Mantova on Saturday, the defending champions led by Jeffrey Herlings.

While Herlings won the Open heat, third position for Glenn Coldenhoff in MXGP was what sealed P1 in qualifying, while Roan van de Moosdijk was ninth in MX2.

Those results enabled pre-event favorites Netherlands to set the tone ahead of tomorrow with a four-point score, qualifying ahead of France, with Italy third and Great Britain fourth – each of those nations scoring five points on day one. 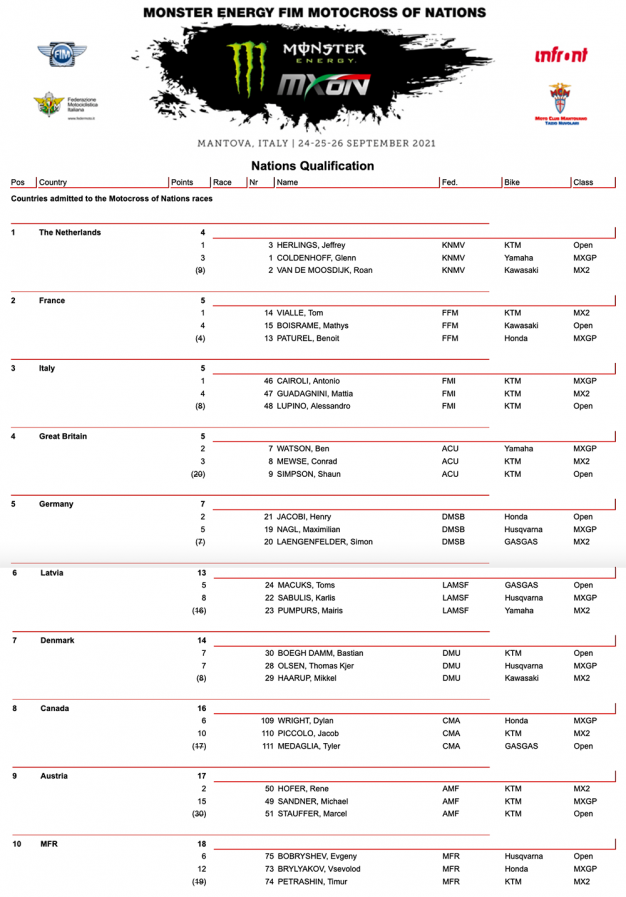