Breaking down some of the top performers of the 2021 campaign.

With the 2021 Lucas Oil Pro Motocross Championship in the books, we take a look back at some of the seasons top performers in the latest Rated feature. 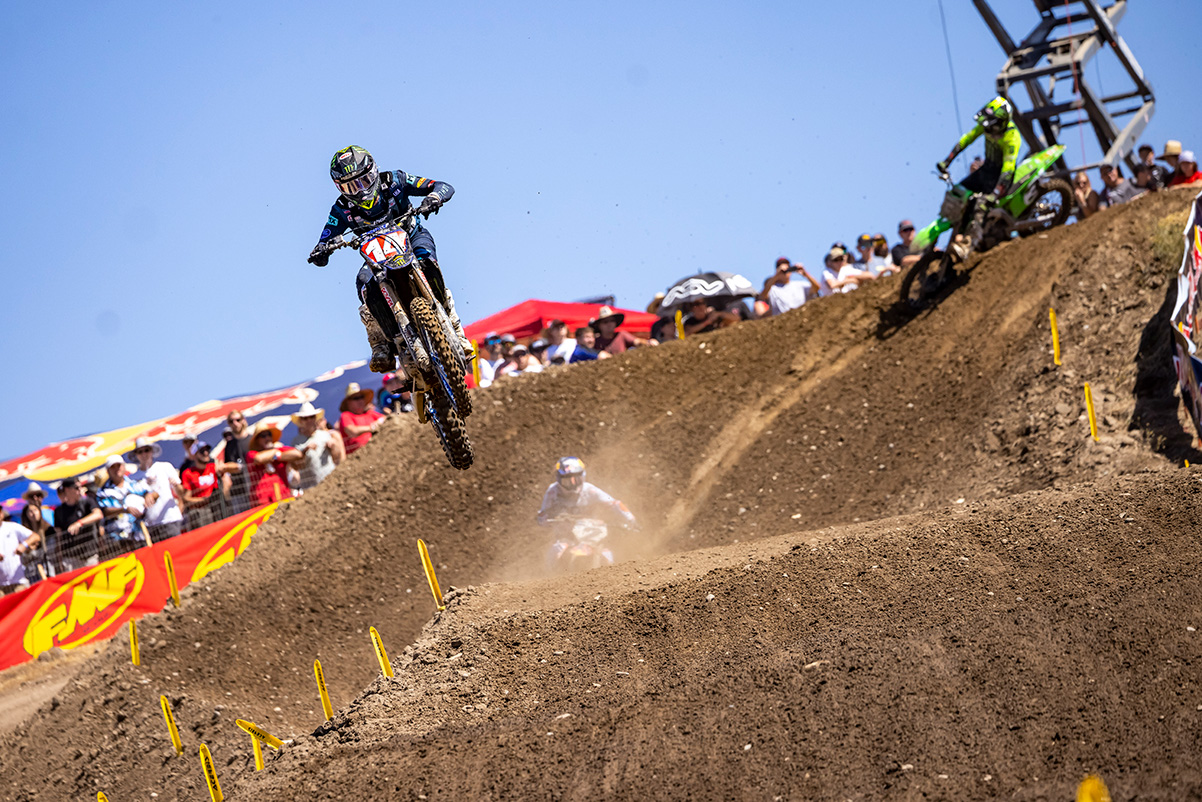 Rider: Dylan Ferrandis
Rating: A+
Rundown: It would be hard to have a season better than Ferrandis had in the modern 450MX era. In what both riders and media considered a highly stacked field of some of the best riders in the world, Ferrandis managed to win the championship in convincing fashion as he became the 16th rider ever to complete every round on the overall podium. While that was highly impressive, Clinton Fowler reported that he managed to never lose a position on track in all but one moto, where he was maintaining pace to secure the championship. All of that said, he accomplished all of this in his rookie season in the premier class, in the Monster Energy Star Racing Yamaha team’s first season as the factory Yamaha 450 effort.

Rider: Ken Roczen
Rating: B+
Rundown: After missing the entire 2020 season of Pro Motocross, Roczen entered the 2021 press conference and his energy spoke volumes about his confidence going into the championship. From the sound of it as we headed to round one of the series at Fox Raceway, we’d be lucky to see the number 94 Team Honda HRC 450 inside top 10. But as the gate dropped on the second moto, after taking a sixth in the first, Roczen shocked everyone, including himself, by taking the win. From there it was game on, the German-born rider remained in title contention until it was clinched in the penultimate round. Roczen’s slight dip in results at rounds six and seven was the start of the demise for his title bid, taking eighth and ninth at Spring Creek and Washougal. A bounceback 1-1 finish at Unadilla helped keep his title shot alive to a degree, but Ferrandis was not to be denied. One can’t deny that through everything he’s been faced with over the last six season, Roczen putting up a fight for both titles in 2021 was quite impressive.

Rider: Justin Barcia
Rating: B
Rundown: A recharged Barcia emerged in 2021 as he found a great home with the TLD Red Bull GasGas team aboard the all-new MC450. While he ended the season on the sidelines from injuries sustained in a practice crash during the three-week break at the tail end of the season, Barcia put in some impressive rides before it was all said and done. He kicked off the year with a podium in the opening moto at Fox Raceway and managed a pair of fourth place finishes overall at the first two rounds. And while High Point and RedBud saw him finish outside of the top five, he capped his season off with two podiums and a fifth before injury. The most impressive of those was his overall win at Spring Creek, where he went 1-2 on the day, holding off a late-race charge from Ferrandis in the closing stages of the opening moto to seal his first and only moto win of the season. Rider: Cooper Webb
Rating: B
Rundown: If we had done this feature earlier in the season, the rating would have looked quite a bit different for the 2021 450SX champion. Instead, Webb managed to build momentum through the back half of the season and found consistency he’s yet to see in the premier class of Pro Motocross. Entering the season after missing all but one round in 2020, Webb had only notched one podium in 450MX, his Spring Creek win in 2019. After a well-documented battle to find a comfortable bike setting, Webb pulled together three podiums in a row to end the season, ending the year by finishing second in the season’s final moto. To say that Webb turned a corner at the tail end of the season is an understatement and a noteworthy point heading into 2022.

Rider: Justin Cooper
Rating: A
Rundown: Cooper’s fight for the 250MX championship was incredible for a multitude of reasons. What stands out most about his season was the fact he never missed an overall podium all year. Along with that, the stats sheet shows an impressive 11 holeshot, with 146 laps led through the season. What the numbers don’t show, is that Cooper finished the last five rounds of the season hindered by illness and injury after sustaining a fractured thumb in his second moto crash at Washougal. While he didn’t get the title, Cooper did everything in his power in the final round to close the 23-point gap, taking his first 1-1 sweep of the season at Hangtown.

Rider: Jett Lawrence
Rating: A
Rundown: Lawrence’s maiden title was won in what his family calls ‘the Lawrence way’ – better known as the hard way. While he came out swinging at Fox Raceway for the opening round to secure the red plate early on, Lawrence didn’t make it easy on himself as the season wore on with starts hindering progress. However, Lawrence seized control of the momentum in the final five rounds of the year by five of his eight moto wins and three overalls to end the year. Adversity struck with the title on the line in the final round of the year however, multiple crashes in the second to last moto helping Cooper close the gap. Lawrence rose to the occasion in the final moto though, taking home the championship with a come from behind third place finish.