Momentum continues heading into the off-season. 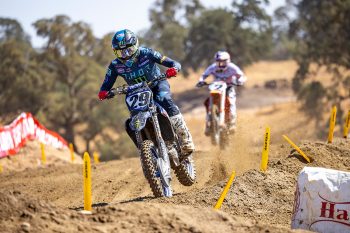 Christian Craig finished off the 2021 Pro Motocross championship with his fourth top-five finish of the season as he looks to carry momentum into 2022.

While injury held him back initially, Craig built momentum through the season but was eventually sidelined for Ironman’s round 10 after a crash at Budds Creek.

Returning for the last two rounds, the Monster Energy Star Racing Yamaha rider put in solid rides to find himself inside the top five at both Fox Raceway and Hangtown, leading laps in the final moto of the year.

“It was a solid day at Hangtown,” Craig explained. “I put in two solid finishes to end up with fourth overall and I was able to run up front and finally lead some laps in Moto 2. I’m happy to finish out the season strong and look to bring that momentum to 2022!”

Announced in May, Craig will return to Star Racing for 2022 to contest in the 250SX class, and again bump up to the premier class for the outdoor championship.