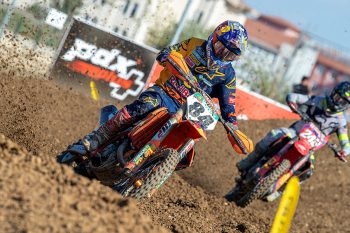 Red Bull KTM Factory Racing’s Jeffrey Herlings claimed the overall victory in a thrilling MXGP of Afyon, as Tom Vialle won the second MX2 moto to secure the round win.

Herlings recovered from an early mistake in the opening moto to capitalize on a late crash by Romain Febvre (Monster Energy Kawasaki) and cross the line first.

Moto two saw current red-plater holder Tim Gajser charge to victory, however Herlings – unable to match Gajser’s pace – crossed the line in P2 which was enough to score the overall victory as Gajser finished third in the opening bout.

A consistent day from Tony Cairoli (Red Bull KTM Factory Racing) saw him third overall courtesy of a 2-3 scorecard, ahead of Febvre in fourth who was left to rue a costly mistake in the opening race finishing 4-5 for the day.

Completing the top five was Pauls Jonass, the GASGAS Factory Racing rider recovering from a spectacular crash at the first event of the Turkish doubleheader just three days prior to go 5-6.

Second overall allowed Tim Gajser to extend his championship points lead, now 28 over Febvre in second with Cairoli trailing the Kawasaki rider by a single point in third. Herlings continues to claw back points lost in his absence from the MXGP of Czech Republic, now 34 points behind the lead in fourth. 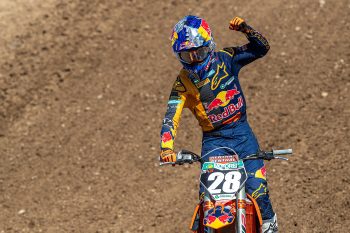 Both riders scored a first and a second each, Vialle’s victory in the second moto allowing him to win the overall.

Completing the rostrum was Mattia Guadagnini (Red Bull KTM Factory Racing), scoring a third in moto one to help carry him to third overall after a sixth in the second outing.

Coming out on top in MXW was GASGAS mounted Kiara Fontanesi who won both motos, ahead of reigning champion Courtney Duncan (Bike IT MTX Kawasaki) who was P2 with 2-2 results, and Larissa Papenmeier in third notching 4-3 finishes.

The MXGP World Championship now returns to Italy for the MXGP of Sardegna, marking round 10 of the championship on 19 September. 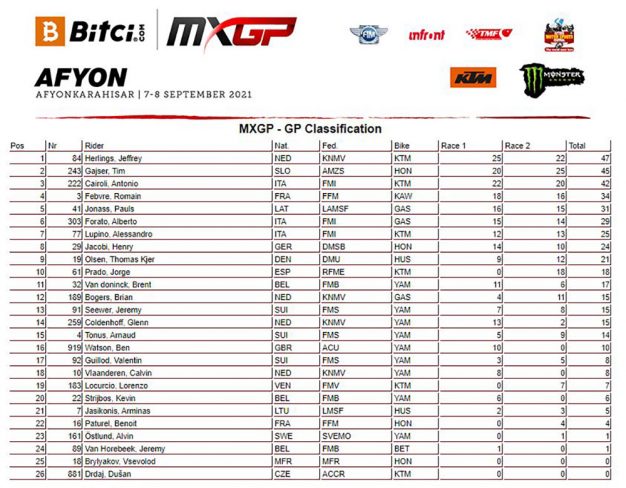 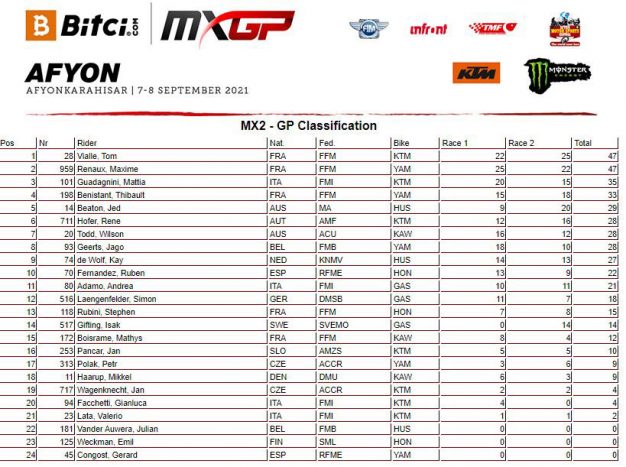 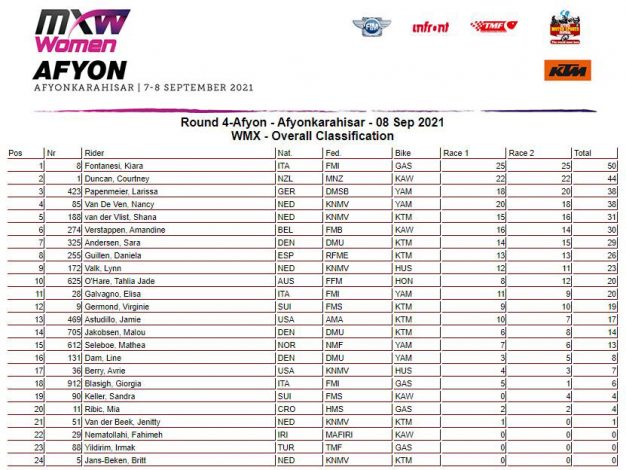