Over the past decade, it goes without saying the KTM 450 SX-F has been steadily competing at top of the 450 line-up and for 2022, it’s a case of refining the proven platform as we experienced for this Tested article.

With steady improvements year after year, the latest premier class contender from KTM has received minor changes to the ECU and suspension with hopes of getting the most out of what could be the last year of this generation 450. Detailed has a more extensive tech rundown.

When it comes to the engine, the 2022 KTM 450 SX-F doesn’t lack power whatsoever, generating some of the strongest numbers while maintaining a user-friendly power delivery. That said, it has left me personally wanting more refinement on said delivery, with the tune being heavy in my hand. 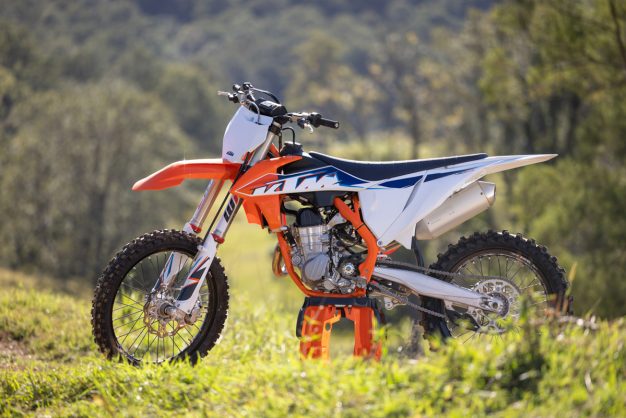 The weight of the 450 SX-F is the lightest in class, but in my opinion, the throttle response and ECU setting can make the bike feel on the heavier side at times. For 2022, they improved the ECU response, which is better, although I do feel it could still be better.

Those changes, however, were quite refreshing and clear progression from last year. I spent most of my time riding in maps 1 and 2, plus tried the traction control. The TC isn’t something I would typically use, as it just just affects power delivery and is not a wheel speed traction control system, but it still serves a purpose.

As for the clutch, the Brembo hydraulic system is the leader in class, making controlling the power easy with just one finger. The bottom line is that the powerplant on the KTM 450 SX-F really is for everyone – it’s a matter of utilizing the tuning features to dial in the bike the way that you specifically want it.

With no major revisions made to the frame, the fact remains that it’s hard to beat the confidence that the KTM chassis instills. When charging into the rough stuff or navigating changing conditions, the chromoly chassis really lets you know if you have good traction or not. 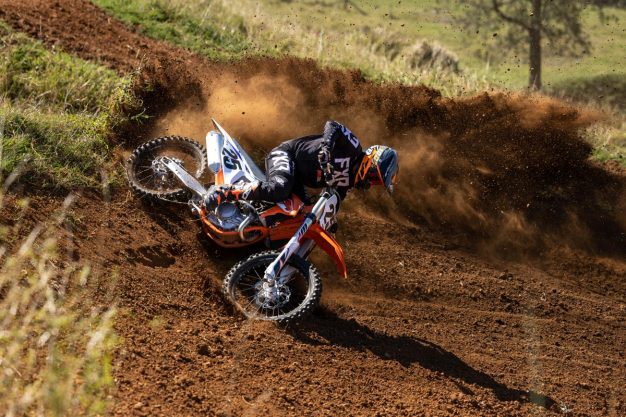 The Dunlop tire package obviously helps with grip and feel, but the flex and stability of the Austrian design is unmatched. The chassis package in combination with the WP Suspension is as reliable as it gets when it comes to predictability, never giving the rider any weird or uncommon feedback.

When we talk about air forks, some riders do get scared or turned off, but I can tell you that WP has done a great job making a simple, but very effective, fork that can be adjusted with ease. Upon the first few laps, I noticed quite a bit of diving from the front, so I went up 0.2 bar from stock to 10.8 in air pressure.

This solved the diving and gave me a solid hold up from the front-end. Once I got the position right, I went in on the compression two clicks so I would have some more damping early, since I was blowing through the stroke a touch.

As for the shock, the traditional WP spring shock was solid, aside from a few personal adjustments to set it to my liking, weight and riding style. I went a half turn on high-speed to get more hold and less movement on big hits, which worked. 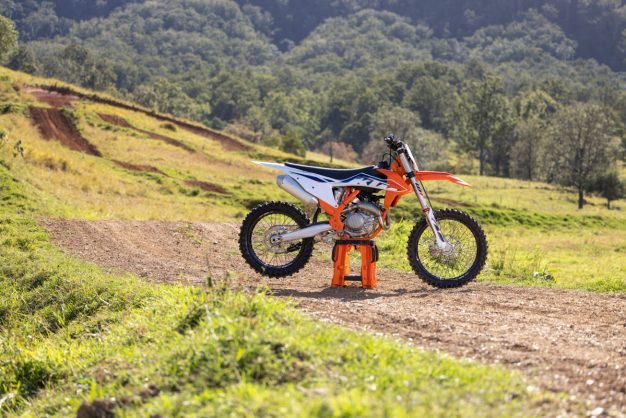 With those small changes I could tell that I was able to ride the bike as hard as I would like with great confidence, only wanting to improve the traction on the front wheel when it’s light and not under hard braking. A huge nod to the stock suspension, I think you’ll be impressed.

That all said, this 450 SX-F hits all the marks when it comes to the key components to stay true to the ‘Ready to Race’ moniker of the brand. Brembo brakes and clutch, billet clamps, a three-mode ECU that’s adjustable from the handlebars, machined hubs, slim ergonomics including Neken handlebars with ODI lock-on grips and engine parts that the factory race teams use.

Overall, the 2022 KTM 450 SX-F does nothing bad and, truthfully, it won’t catch you off-guard when you make a mistake. Although, vibration in the chassis, a slower-revving motor and linear feel in the fork are the only negatives that I can present. In all, it’s easy to make this bike your own and it will last forever, so it really is a weapon of a machine. 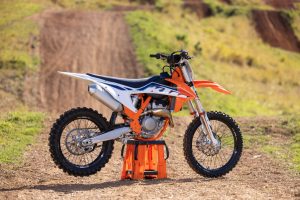 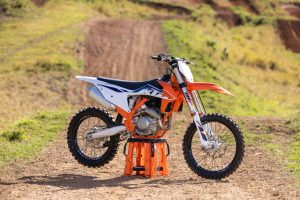 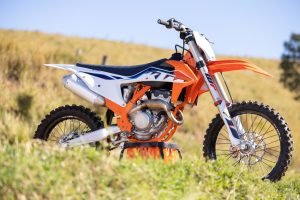 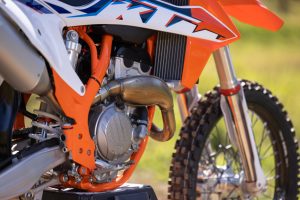 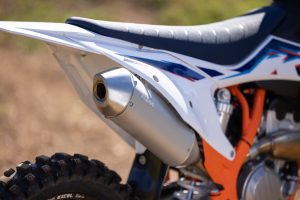 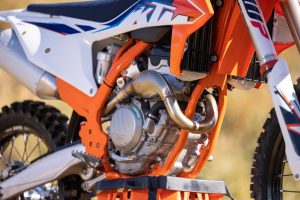