The KTM 250 SX-F is established as one of the most esteemed models in its class, particularly in the last five years and for 2022, minor progression has been made to make a solid platform even more competitive on the track. For an extensive technical rundown, check Detailed.

Boasting a competitive engine package and class-leading chassis, it’s a bike that nearly every rider can get comfortable on quickly. While the 2022 KTM 250 SX-F sees no major revolutionary upgrades, there are still notable improvements as the small changes that were made to the new model clearly enhance the experience.

The hydro-formed chromium-molybdenum chassis that the 250 SX-F utilises I believe is the best in the 250 class, especially when it comes to rear grip and stability. Being able to ride to your capabilities is helped by the feel that the frame and WP Suspension provide, which is significant. 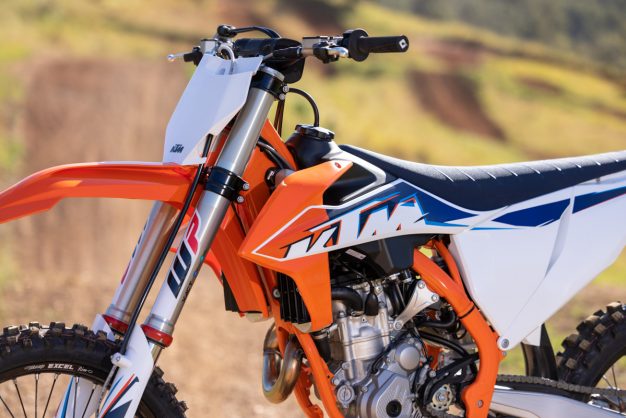 With that being said, the WP AER air fork has faced some scepticism from consumers, but its technology and performance are underrated in my opinion. For 2022, the WP team further refined the fork, which provided added front-end grip and confidence.

At the rear, the WP shock also features some refinements in the latest model, allowing for more acceleration, comfort and stability. To accommodate both my weight and speed, I bumped up the pressure to 10.4 and added a half-turn of high speed on the shock, which inspired further confidence in the bike, allowing it to be pushed to its absolute limits.

The ergonomics are unchanged for 2022 model, so the overall design and feel remain great. It’s a bike that has been around for some time now in terms of the base, well-proven and developed to an extremely high level in stock trim. 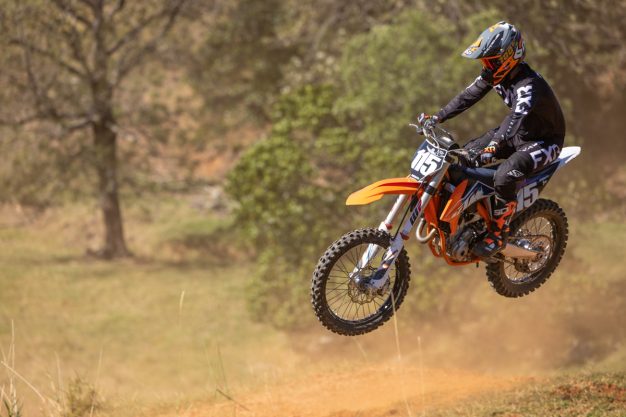 KTM’s current engine was the leader in the 250cc four-stroke class until recent years. Without any major changes, the Austrian brand continues to enhance the feel with improved ECU settings. Yes, they are making inroads and the rideability is better, but the OEM gearing is way too low, which causes a high amount of gear changes.

The motor creates most of its power in the top-end, so KTM released the bike with a 51-tooth rear sprocket to gain more power off the bottom, however, this results in most riders having to use third gear frequently.

While the bottom-end power isn’t the best in class, I’d say it still remains towards the front, therefore the bigger sprocket on the rear isn’t necessary. To make the most of the power I’d recommend a 48- or 49-tooth rear sprocket, which would allow the engine to really shine with it’s top-end power. 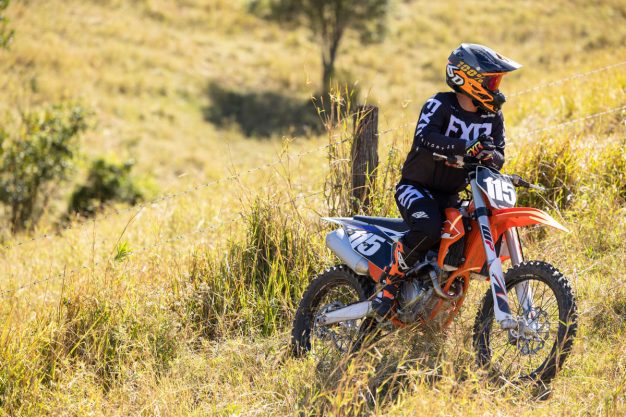 The 2022 KTM 250 SX-F lives up to the ‘Ready To Race’ standard, as it features three different engine maps including the traction control mode. Although I didn’t use the ‘slow’ engine map, the ability to adjust between maps on the fly helps separate this bike from its competition.

To conclude, the 2022 KTM 250 SX-F is a great all-round machine that suits a wide range of riders. Its state of the art chassis and adjustable, user-friendly engine make it comfortable and easy to set up to suit specific tracks. The gearing could certainly be refined to enable the motor to show its true potential, but that aside, KTM has delivered yet another winning motorcycle. 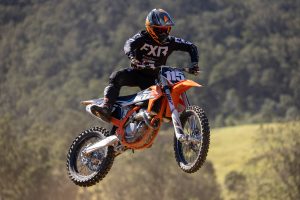 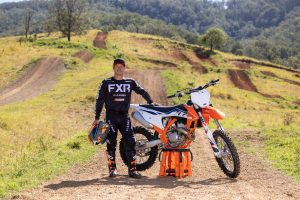 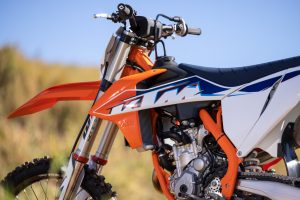 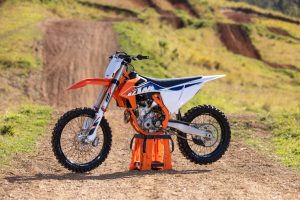 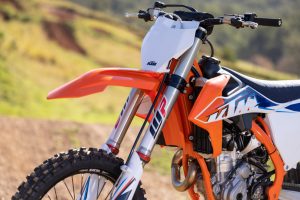 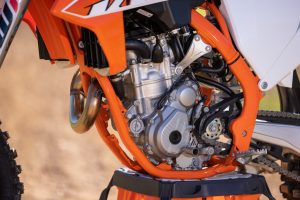 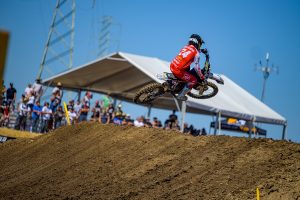