All indications are that we expect major shake-ups heading into 2022.

The 2022 silly season is in full-swing right now, set to shake-up the biggest teams in Monster Energy Supercross and Lucas Oil Pro Motocross according to ever-mounting speculation. MotoOnline outlines the expected rider movements within the premier class in this Three Things feature. Right now, in terms of factory 450 team rosters, we know that Supercross champion Cooper Webb is on a multi-year deal at Red Bull KTM, Ken Roczen and Chase Sexton are staying put at Team Honda HRC also under contract, as is Adam Cianciarulo at Monster Energy Kawasaki. Florida-bound Monster Energy Star Racing Yamaha has Dylan Ferrandis contracted, as well as Christian Craig, who recently re-signed to ride the YZ450F outdoors again. Aside from that, it’s all up in the air when it comes to the manufacturer efforts. What is also confirmed is Eli Tomac, following six seasons in green, will depart at the close of 2021 – that decision announced in May. You can also count on Justin Barcia being at TLD Red Bull GasGas and that effort could remain a single-rider team in terms of the 450 class. Of the non-factory riders, Justin Brayton is headed back to MotoConcepts Racing (MCR) aboard a Honda following a single term at the Muc-Off team, while Shane McElrath has departed MCR to ride for the Rocky Mountain ATV/MC KTM WPS team in what is a critical opportunity for him. Riders on the move

The biggest name set to transfer come October and into the new year will be Tomac, who is now widely-tipped to be joining Star Racing and Yamaha. That has opened up a seat at Monster Energy Kawasaki alongside Cianciarulo, which is anticipated to be going to former 450SX champion Jason Anderson. So, with that, the in-form Aaron Plessinger’s switch from Yamaha to KTM – following some back and forth negotiations – appears all but done at this point, while replacing Anderson at Rockstar Energy Husqvarna could be Malcolm Stewart including Pro Motocross if rumors prove accurate. Do Zach Osborne and Dean Wilson stay at Husky? Neither is clear, although outgoing 450MX champion has been said to be potentially retiring (first reported on The PulpMX Show). If they eventuate as many expect, it will make for a largely different look when the gates drop on Anaheim 1 on the second weekend of January next year. 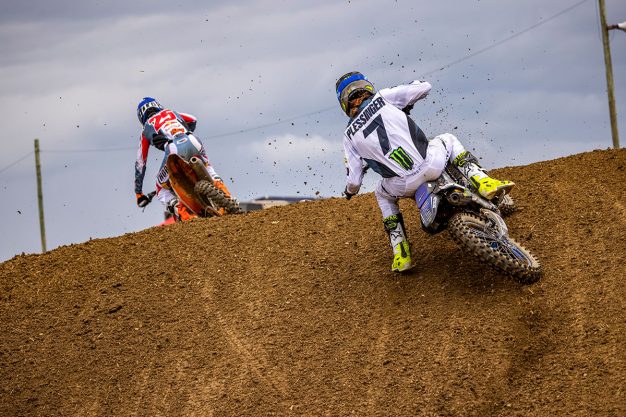 As referenced, Osborne is yet to announce anything just yet and he did actually agree to continue with Husqvarna earlier in the year, but his back issues that ended his Pro Motocross defense seem to be leading toward the end of his extensive career altogether, unfortunately. That said, will the team fill that seat and who will it be? It’s still unclear. We’re awaiting confirmation on Marvin Musquin’s future following some delays, although Plessinger’s likely arrival at KTM doesn’t mean Musquin is on his way out since the team could increase to three premier class riders, even if it would be interesting to see him on a different color within the KTM Group. We’re also yet to hear what the likes of Joey Savatgy, Justin Bogle, Vince Friese (surely at MCR again), Benny Bloss (most recently training on a KX450) and Max Anstie (or his current HEP Suzuki team) have planned. Watch this space.