Breaking down the six riders who have been victorious in 2021.

In the span of eight rounds in the 2021 Lucas Oil Pro Motocross Championship, the 450MX class has produced some incredible racing with six riders managing to land atop the box for a moto win in the premier class. Three of them have taken the checkered flag on more than one occasion, with consistent rookie Dylan Ferrandis now in control of the championship standings. For this edition of Countdown, we take a look at the six different winners after eight rounds of action. 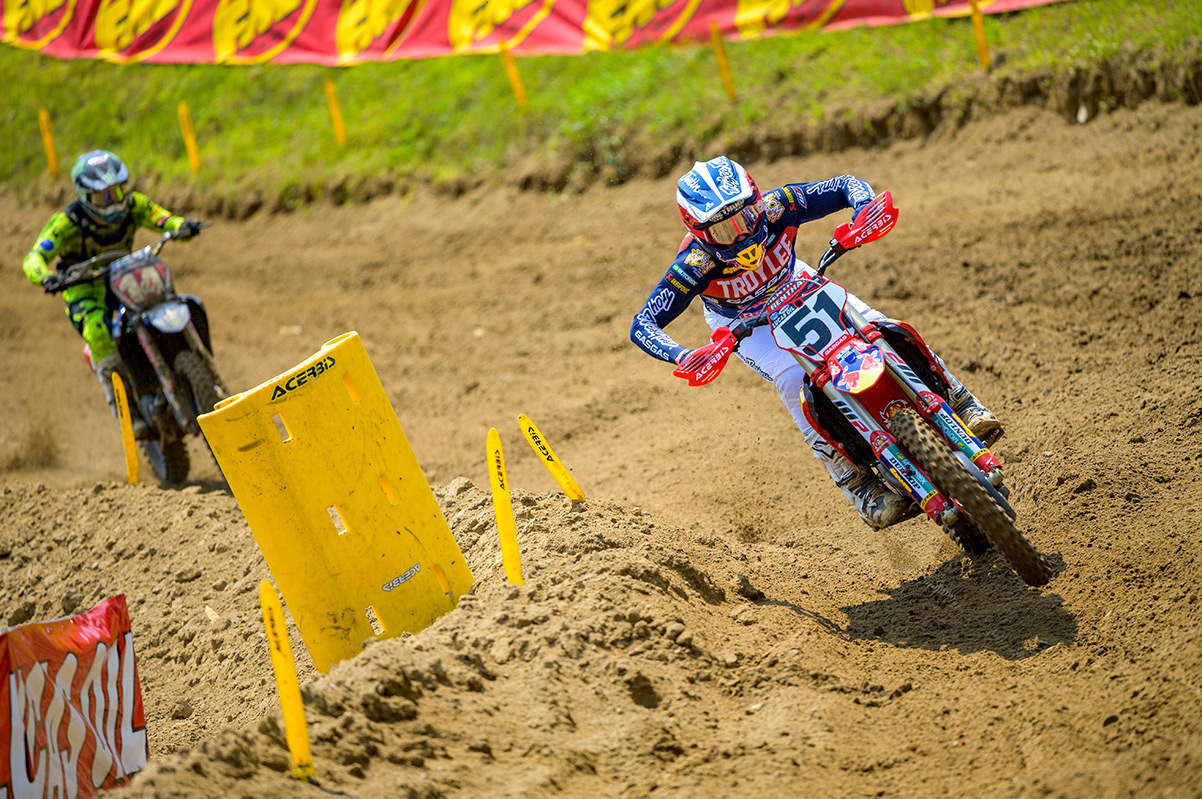 6. Chase Sexton (Washougal):
While it hasn’t been the year that Sexton hoped for after taking the overall win at the final round of the 2020 season, the second-year 450MX rider has managed to finish inside the top five overall at all but three so far rounds this season. While Sexton has shown plenty of pace throughout the season, mounting comebacks in many motos this season, his first and only moto win so far came at Washougal which propelled him to the overall win at the seventh round. Sexton notched a second-place in the most recent round at Unadilla, proving he’s got the pace to grab another moto win before the season’s end.

5. Adam Cianciarulo (Highpoint):
The now sidelined Cianciarulo rode the entire season hindered by nerve damage in his elbow stemming from an off-season injury almost a year ago. Another rider in his second season of premier class competition, the Monster Energy Kawasaki rider showed plenty of speed, especially for someone riding through injury in an incredibly stacked field. That said, despite the inconsistency on the results sheet, he put together some great rides considering the circumstances. None of which were better than his High Point moto win that led him to a second place overall, only bettered by a consistent Dylan Ferrandis with 2-2 finishes on the day.

4. Justin Barcia (Spring Creek):
Barcia’s resurgent 2021 season has now been stifled by injury, but before he found himself on the injured reserve, the lone GasGas factory 450 rider put himself atop the box in the opening moto at Spring Creek, eventually taking the overall on the day. What stood out about Barcia’s first moto performance was his ability to fend off a charge from Ferrandis and Eli Tomac (Monster Energy Kawasaki) in the late stages of the moto, something that not many have been able to do so far this season. ‘

3. Eli Tomac (Highpoint, RedBud, Southwick):
Tomac has had an uncharacteristically inconsistent season so far. One thing he has been able to do however, is bounce back in the second moto and show us that he’s still got what it takes to dominate his competition. While he’s only got three wins so far on the year, without an overall, Tomac has kept himself inside the top five overall since taking 10th in the second round at Thunder Valley. We’d venture to guess we’ll see him grab another moto win or two as the clock ticks down on his time with the Monster Energy Kawasaki team this season.

2. Dylan Ferrandis (Fox Raceway, RedBud, Southwick, Washougal):
To say that Ferrandis has had an incredible rookie season aboard the Monster Energy Star Racing Yamaha 450 would be an understatement. He’s grabbed four moto wins, four overall wins, and has yet to miss an overall podium in his premier class debut. Now leading the championship by 39 points over Roczen, Ferrandis has put in some dominant performances and managed come from behind wins on multiple occasions, making a clear statement that he’s the guy to beat at the moment.

1. Ken Roczen (Fox Raceway, Thunder Valley, Spring Creek, Unadilla):
The only man to score more moto wins than the French rookie is the guy that was the least confident about his chances coming into the season, Ken Roczen. The Team Honda HRC rider has done what no other rider in the championship has done so far this year, notch 1-1 on a moto scorecard. Not only did he do it in the second round at Thunder Valley, he absolutely dominated the field in both motos at Unadilla, at one point in the opening moto lapping nearly three seconds faster than multi-time champion Tomac. Roczen has proven this year that when he’s comfortable, there’s no one faster than him. Another impressive moto win for the German-born rider was his bounce back from a huge crash in moto one at Spring Creek to take the win in moto two. With just eight motos to go in the championship and in a 39 point deficit, he’ll need to add to his win total going forward to have any hopes of winning his second Pro Motocross crown.