A look back at the success that landed him in the AMA Hall of Fame.

Few careers in the sport stack up to that of Ryan Villopoto, as his hall of fame induction looms on the horizon, we thought it would only be fitting to have a look back at his incredible title run in this edition of Rewind.

With a career that spanned nine years, from 2005 to 2014, Villopoto racked up 31 wins in Pro Motocross and 41 main event wins in Monster Energy Supercross. While the win numbers are impressive, his run of championships is what sets him apart.

In 250MX, which was then called MX Lites, Villopoto grabbed all three championships he contested in, three years on the trot, alongside just one SX Lites West championship in 2007, making his 2009 debut in the premier class one of the most anticipated in recent years. Following a sixth-place finish in his first season of 450 Supercross, Villopoto entered the Pro Motocross Championship with a fury, going 1-1 in his 450MX at Glen Helen. As fate would have it, Villopoto’s rookie campaign ended at round two as a knee injury sustained earlier in his career sidelined him for the season.

While locked in a championship battle with Ryan Dungey during the 2010 Supercross season, a devastating leg injury at the St. Louis supercross cost sidelined him for the remainder of 2010, further delaying his first full year of motocross action. Upon his return to action in 2011, Villopoto would win every championship he lined up for the rest of his career.

Villopoto grabbed the 2011 Supercross championship by just four points over Chad Reed, only finishing off the podium four times, never outside of the top 10, and notching six wins along the way. His momentum transferred into his first full season in the premier class of Pro Motocross, finishing on the overall podium in all 12 rounds with three wins, besting Dungey by 12 points for the title.

In 2012, Villopoto dominated the first 14 rounds of the supercross championship, taking home nine wins and only finishing off the podium twice, a fourth at Los Angeles and a fifth in Daytona, stretching out a huge lead in the championship heading to Seattle for round 15.

While gunning for his fifth win in a row at his hometown race in Washington, he hit the ground in dramatic fashion, ending his championship with an ACL tear and sidelining him for the remainder of the year. Despite missing the final two rounds of the season, Villopoto still managed to win the championship by 57 points over Davi Millsaps.

Despite a dismal return to Supercross with a 16th place finish at Anaheim 1 and a few ups and downs through the first six rounds, Villopoto won eight out of the next 11 races, never finishing lower than second to take home his third consecutive supercross title. 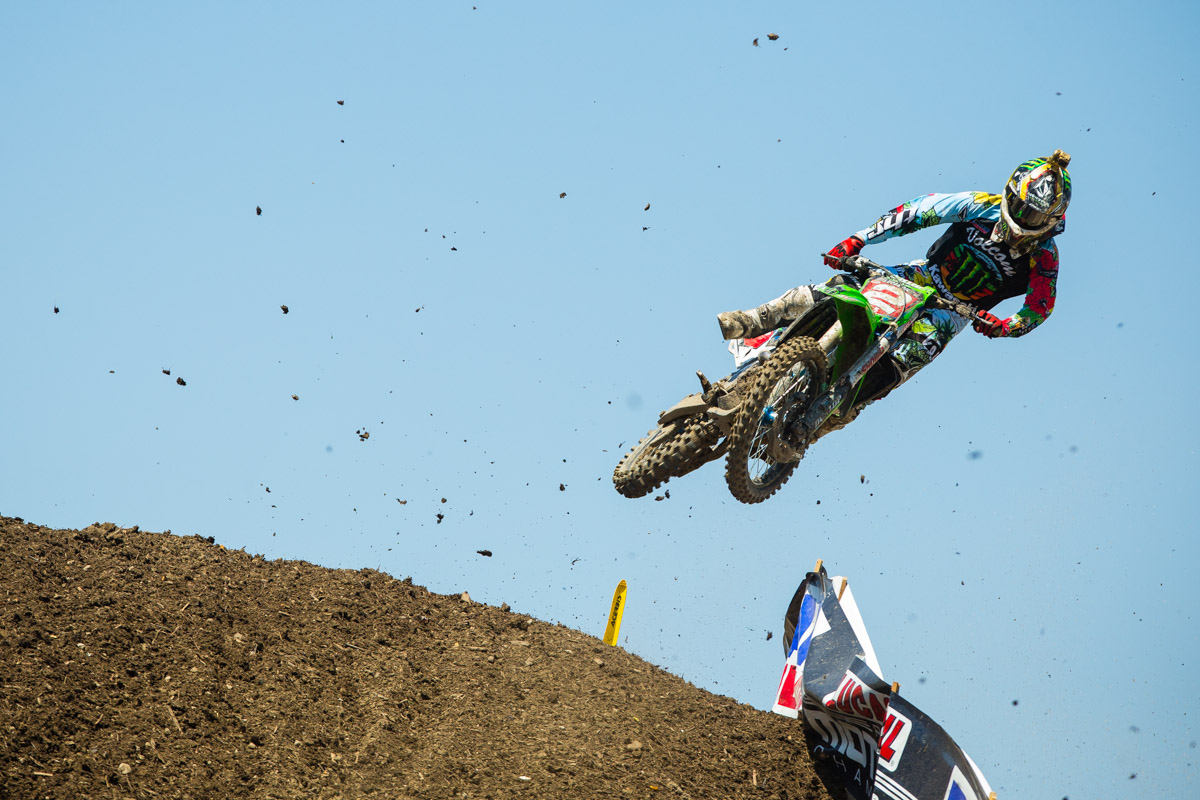 Villopoto lined up in 2013 for what would be his final Pro Motocross season and absolutely crushed the opposition. Notching eight wins, landing on every podium sans one, a fifth at Spring Creek which was his lowest finish, and eventually besting Dungey by 56 points to seal the deal on his second 450MX crown.

That championship meant that in all five outdoor championships in which he finished the season, Villopoto hoisted the number one plate at the end of the season, a miraculous five out of six times across both classes.

His reign didn’t end with that final outdoor championship though, as his final go in Supercross in 2014 also resulted in a championship. This time, Villopoto managed seven wins and finished all but one race inside the top five, with a sixth-place finish in Toronto. This time he took home the championship with a 64 point margin over Dungey in second.

At the end of it all, the tally on his now AMA Hall of Fame career ended with two 450MX titles, four 450SX titles, three 250MX championships, one 250SX crown, and the 2006 rookie of the year honor. Along with that, Villopoto helped Team USA collect four Motocross of Nations wins, including a herculean effort in 2007 at Budds Creek.

To say that hall of fame honors are deserved for the career-long Kawasaki rider would be an understatement, as only a few resumes in the sport stack up, let alone surpass his accolades, and his championship streak shows no signs of being matched in the near future.