Monster Energy Star Racing Yamaha rider Levi Kitchen took home both Pro Sport titles in his final trip to the AMA Amateur National Motocross Championship at Loretta Lynn’s, as he now sets his sights on the Lucas Oil Pro Motocross series, joining the team full time starting this weekend at Unadilla. Touted as one of, if not the top prospect in the amateur ranks this year, Kitchen made his pro debut at RedBud in July, notching a ninth place in his first pro moto, showing early signs that he’s got what it takes to compete at the pro level. We caught up with Kitchen following his triumph at Loretta’s in this Conversation feature. 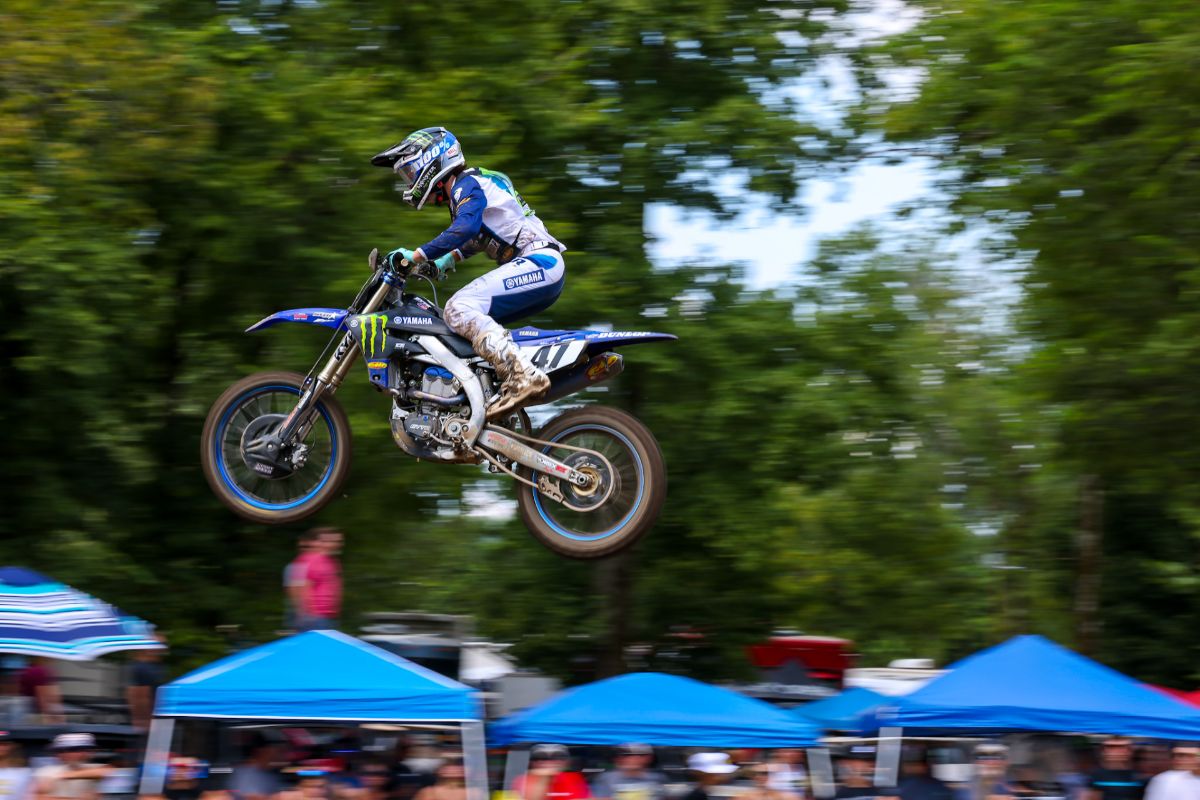 You’re coming off of an incredible week at the AMA Amateur Nationals Championships at Loretta Lynn’s, winning both Pro Sport championships. How was the week from your perspective?

It was damn near perfect. I won four, well I got docked in one moto, but I ended up with three moto wins and both overall [championships] obviously. That was the goal coming in, I mean the only negatives were that I had a few bad starts, so I’ve got to work on those but I came through the pack pretty well, so I know that will help me coming into Unadilla. Everything was awesome, it was a little bitter-sweet, it was my last time there for a while, I’m obviously going to miss it but at the same time, I’m ready to get the heck out of there.

You mentioned the bad start in the second moto of open pro sport, you were outside of the top 30 and managed to get inside the top 10 in just a little over a lap. What was going through your mind as you got going in lap one and how’d you pull that off?

I knew I had to go, because I came into that moto with a third because Kilroy won the first one and I did the same thing in the first moto, I started outside of the top 30 and only got up to third. So I’m like ‘I’m not doing this again’, so when I got that bad start [in moto two] I pretty much went crazy. I remember jumping over somebody in storyland, it was pretty risky, but it worked. I was two and a half laps in and I was already up to fifth and I was like ‘damn I don’t know how I just did that,’ I was definitely sending it.

Do you think lining up for your first Pro Motocross race at RedBud before Loretta’s made a difference in those situations?

I think it did. One thing that was kind of weird at the beginning of the week that threw me off, was that I’d been training for so many [35 minute motos], I’d just been doing 35’s pretty much every time I ride. But my intensity for the first few laps was just a little off honestly. Once I got that figured out, as far as the pace goes, I think if you look at the paper as far as lap times and stuff, I’m not going to say I was in better shape than the other guys but I could hold my pace a little better maybe. I think that came from racing RedBud or doing all the training I’ve been doing getting ready for that stuff. I haven’t really been training to do Loretta’s in a sense, I’ve been training for this next weekend at Unadilla.

You got the Nicky Hayden AMA Motocross Horizon Award, what’s that mean to you?

It means a lot. For me at least, I feel like that’s a pretty big accomplishment. There’s only one guy who gets it every year and it pretty much means you’re the baddest dude on the amateur circuit at the time, so I was stoked to get that for sure. It was awesome, a great week for sure. 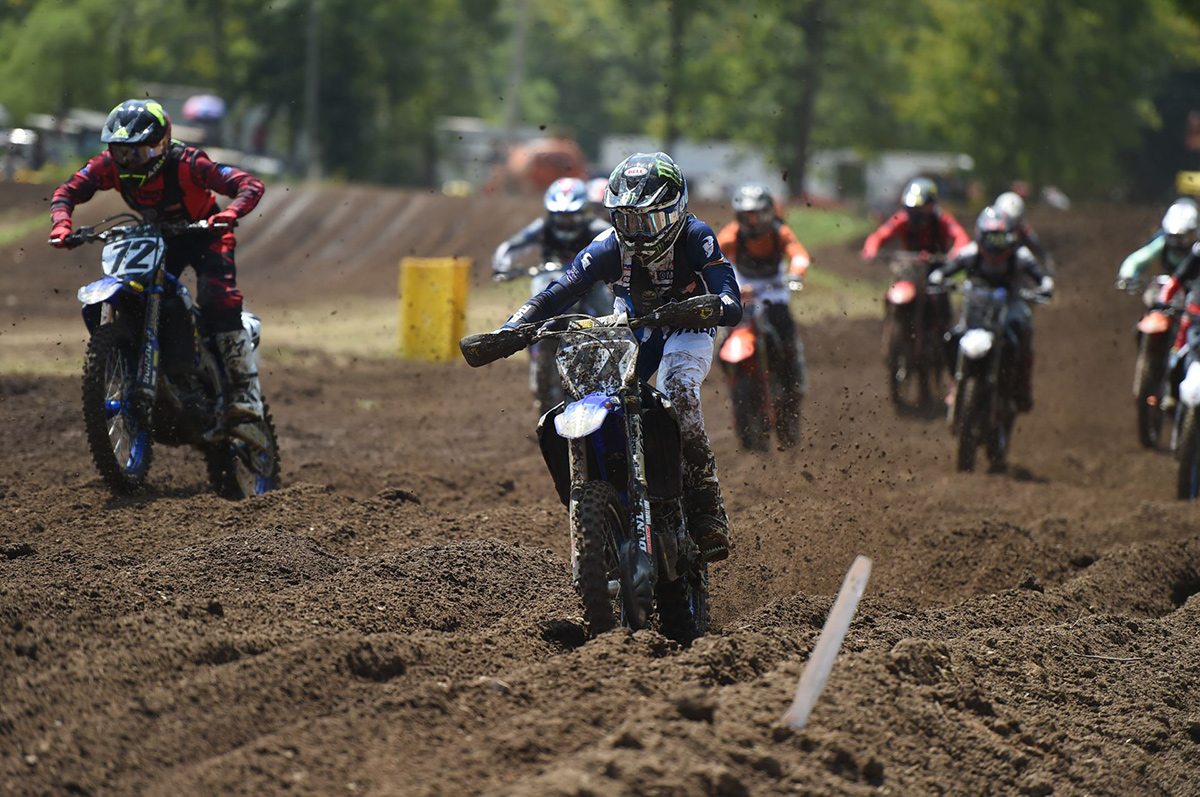 You’ve got one national in the pro ranks under your belt, what’s a good weekend look like for you this weekend at Unadilla?

Well at RedBud I was ninth the first moto, which was pretty solid, I came from about 16th to ninth then the second one I ended up falling three times and got 19th. But I just want to chip away, probably the first race I just want to be top 10 overall would be a good goal. Then I also want to just try to – if I just got a holeshot and could run up front I don’t even care if I fall 15 minutes in, obviously, I want to run up there as long as I can, but I just want to learn that pace and I think I would surprise myself if I’m up there in the top five, I think I could run their pace.

What’s been the biggest takeaway from riding and training with the team?

It’s been great. The couple weeks before Loretta’s it was just me and [Nick] Romano out here, they were back in California getting ready for Washougal because it’s a bit harder dirt. But I’ve been riding with those guys for six months now or whatever. It’s been awesome, we all kind of feed off of each other and everybody gets along pretty well which is obviously nice and makes it easy. But, it’s good, like today I rode at the farm with Dylan [Ferrandis], Christian [Craig], Aaron [Plessinger], and Jarrett [Frye]. Coming from Loretta’s to there, my parents were watching and they were like ‘Wow, it’s different’ –  you know we’re all so damn close when we’re out there riding it’s pretty gnarly, but it’s good for us and it’s fun.

Supercross is on the horizon, albeit a ways away at this point. What are your thoughts on Supercross and are you getting excited about it?

Yeah, I’m stoked. I mean, if I said I wasn’t nervous I’d be lying. I mean right now I’m not that nervous obviously but I know when the time comes I will be. But I just need to rely on my – you know I have pretty good bike skill for the most part, so I need to use that. All winter I’m probably just going to work on whoops, I feel like that’s the most important part of Supercross, that’s pretty much where races seem to be lost a lot of the time. So I want to get good at those, I’m not bad at them I rode them a bit before the spring nationals, but I ended up crashing a few times and broke my hand and stuff. So, I’ve just got to fix a few things in the whoops, and other than that I think I’ll be alright.