A look at how the top three in each class have performed in season 2021.

With 450 class rookie Dylan Ferrandis atop the standings in the premier class and Justin Cooper locked in a battle with Jett Lawrence in the 250 class, we take a look at how the top three from each division have faired so far in the latest Rated feature. 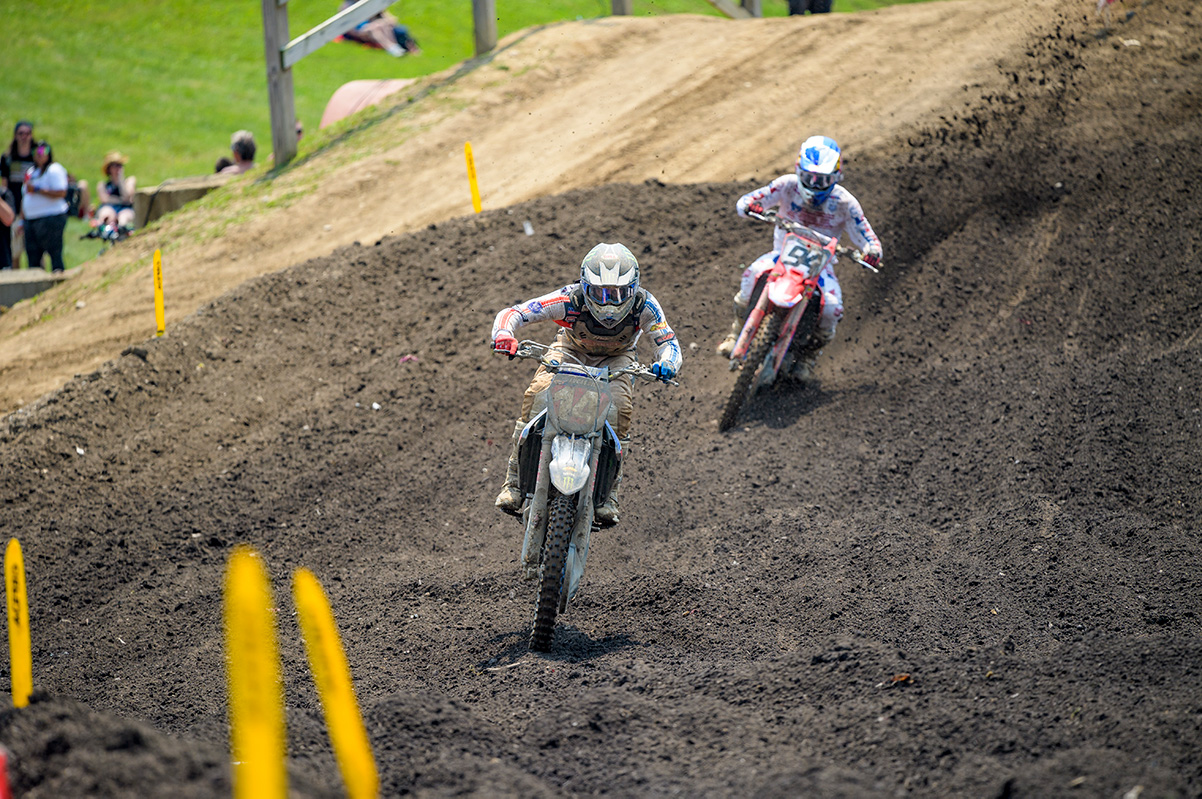 Rider: Dylan Ferrandis
Rating: A+
Rundown: Ferrandis has had one of the most impressive starts to a rookie season in the premier class of Pro Motocross in recent memory. The Monster Energy Star Racing Yamaha rider has grabbed four wins in the first seven races and is yet to miss an overall podium and now has a commanding lead in the championship with five rounds to go. What the results sheet and standings don’t show is the transformation we’ve seen from rounds one to seven. At the season opener at Fox Raceway, Ferrandis was almost shocked by his overall victory, and over the next few rounds, admitted he was having to deal with the fact he was now battling guys he’d looked up to over the years. Fast forward and the Frenchman is charging to chase down Eli Tomac in the closing stages of races, and seeming severely disappointed when he doesn’t get the job done. He’s as determined as ever to win every time he’s on the track, has quickly come to terms with the fact that he’s now a part of the front group in the 450 class and has emerged as the one to beat this season. All that and he’s done it with very few mistakes throughout the opening 14 motos, as a rookie, it doesn’t get any better than that.

Rider: Ken Roczen
Rating: B+
Rundown: After coming up short in a hard-fought battle for the Monster Energy Supercross championship, Team Honda HRC’s frontman entered this season unsure of where he stood in terms of outdoor speed. He missed the entire 2020 outdoor championship and was open with the media in the pre-season press conference about his struggles during his prep for the championship. Roczen shocked everyone, including himself by winning the second moto with ease at Fox Raceway’s opening round to take second overall. He carried that momentum into round two at Thunder Valley, going 1-1 to take his first overall win since Unadilla 2019 and grab the red plate heading to round three. He managed to stay inside the top five overall until the most recent two rounds, where he finished eighth and ninth after dealing with some illness along the way. With a three-week break in the action, Roczen will surely have time to rest and rebuild ahead of the final five rounds of racing, where we’ll see if he can mount a charge to track down Ferrandis who sits 47 points ahead in the championship lead. Nonetheless, Roczen’s performance has been highly respectable after a shaky entrance to the season.

Rider: Eli Tomac
Rating: B
Rundown: Perseverance comes to mind when we think back on Tomac’s start to the season. After a roller-coaster season of Monster Energy Supercross ended with 10th and ninth-place finishes, Tomac’s start to the outdoor championship started off without a bang. He went 9-8 at Fox Raceway for ninth overall, then fell further down the order at his home race at Thunder Valley, going 11-10 for 10th overall. Aside from Ferrandis’ success as a rookie, Tomac’s start to the season might have been the most shocking storyline we saw at the first two rounds. A sixth place in the opening moto of round three at High Point was a welcome improvement but what happened in moto two was the real story of the day. Tomac dominated with blistering pace, returning to the Tomac we’re used to seeing in the great outdoors, taking third overall on the day. Since then, Tomac has only dropped outside of the top five in one moto and has taken home three second-place finishes overall. While he’s a long way out from the championship, 53 points to be exact, he’s certainly proved he’s going to be a contender for wins through the rest of the season, something we wouldn’t have bet on after the first two rounds. 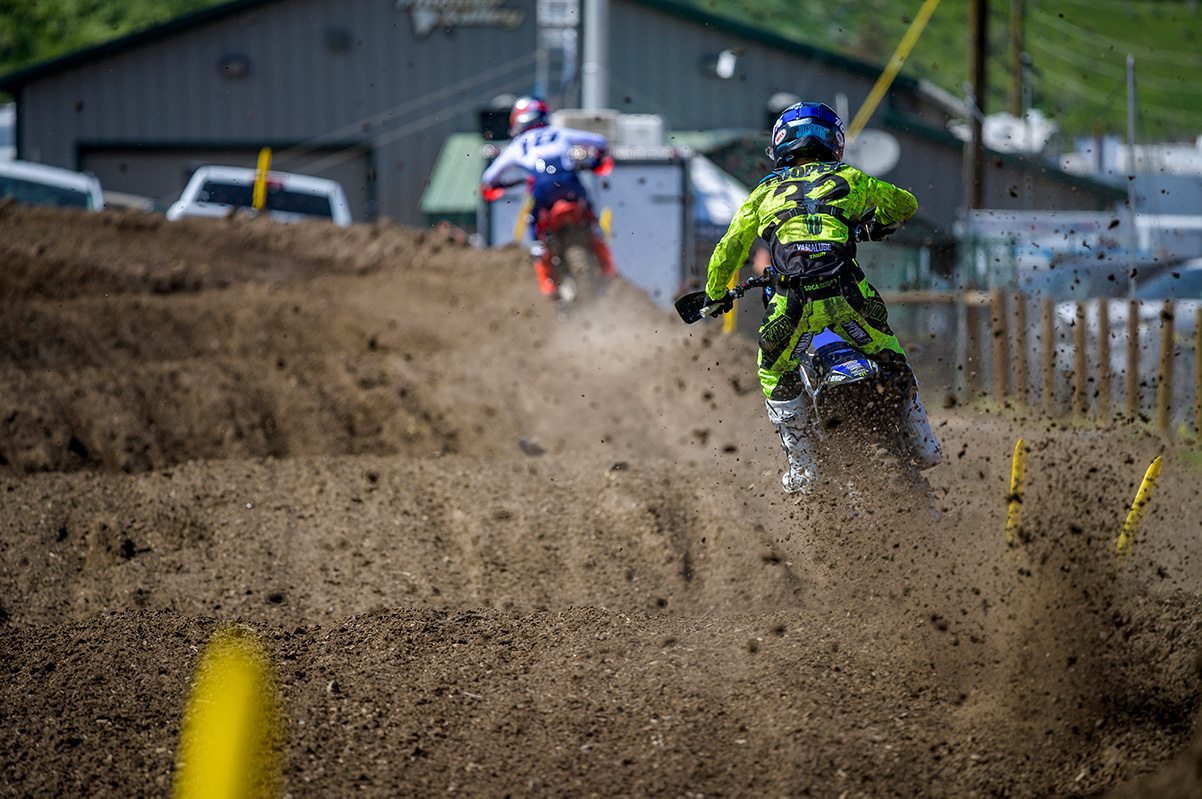 Rider: Justin Cooper
Rating: A
Rundown: The reigning 250SX West champion came into the outdoor championship a favorite for the championship and he’s shown why in the first seven rounds so far this season. While he has only grabbed one overall victory this season, he’s proven that the age-old saying of consistency wins championships still rings true. He’s yet to miss a podium so far this season, with five third-place finishes, a second and one win to his name, and even in his overall win at Thunder Valley, it was consistent 2-2 finishes that led him to the overall. Locked in a battle for the championship with Jett Lawrence (Team Honda HRC), Cooper leads the championship by eight points headed to the last five races. He’s made one thing clear since the beginning, he planned to stay in the hunt for the title and play the long game for a championship, which he’s executed to perfection so far. With a tight margin between himself and Lawrence, the question now is will we see him up the pace and try to make a break following the three-week break in the series?

Rider: Jett Lawrence
Rating: B
Rundown: The younger Lawrence brother and half of the Team Honda HRC 250 team came out swinging in the opening rounds of the season. Trading wins with championship favorite Jeremy Martin (Monster Energy Star Racing Yamaha), Lawrence picked him where he left off at the end of 2020, taking the overall win at the opening round. He followed that up with back-to-back second-place finishes at rounds two and three, but has since run into some issues, missing the podium in the last three rounds. The young Australian put himself back at the front in the last moto before the break at Washougal, taking second behind Martin. That said, he’s definitely still in the thick of the fight, eight points behind Cooper as the duo set to battle for the title in the last five rounds.

Rider: Hunter Lawrence
Rating: C+
Rundown: It’s been an up and down season so far for the elder Lawrence brother, with results hovering around the fifth place mark for much of the season. After only making one overall podium in the opening four rounds, he dominated the field in the sands at Southwick for round five, going 1-1 for the overall. Since then, he scored fifth and seventh, leaving a question mark on what we’ll see from him when we return to action at Unadilla. Despite the rollercoaster in results, he’s definitely not mathematically out of the championship hunt, not just 44 points back from Cooper as he looks to return to the podium with consistency in the final five rounds.