With a dominant 1-1 result at Southwick, Australian Hunter Lawrence stormed into contention for the 2021 Lucas Oil Pro Motocross 250MX championship last weekend, proving he is well and truly a force to be reckoned with in the class. The Team Honda HRC star spoke to MotoOnline this week, expressing how he felt after such a successful weekend, and outlining his plan of attack for coming rounds. 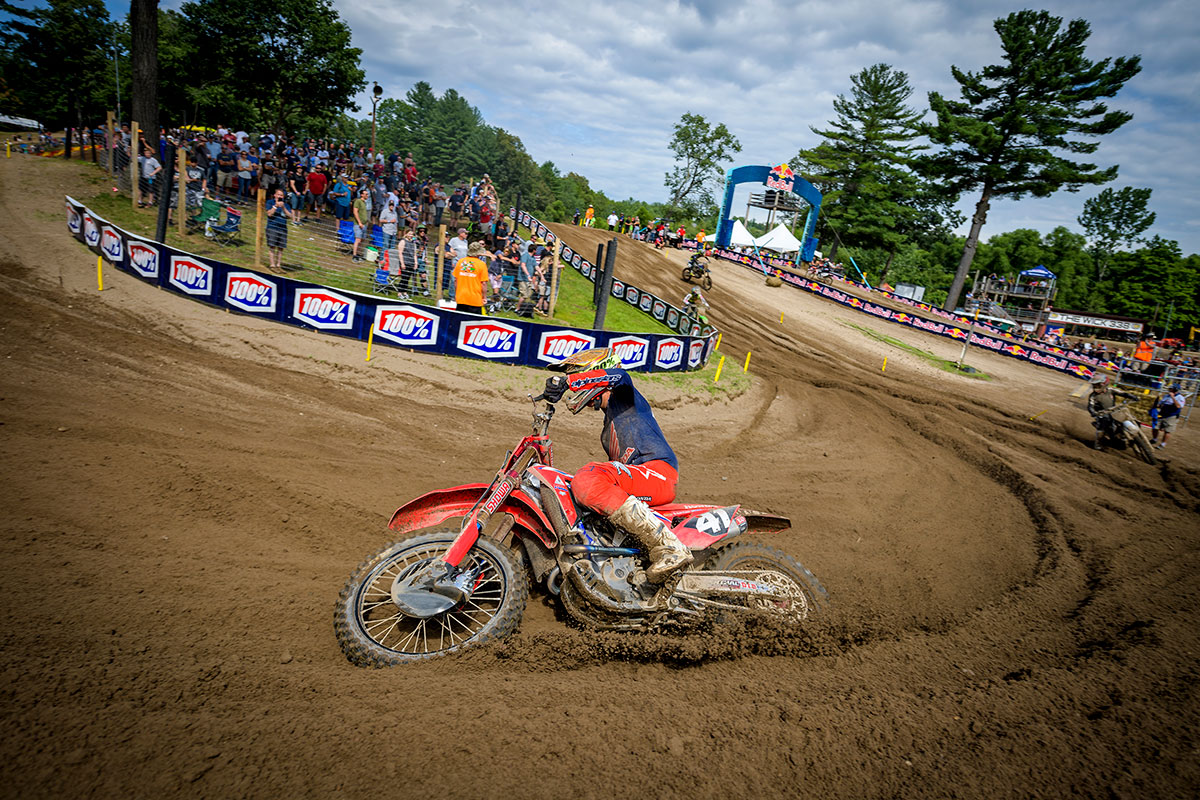 Hunter, it must have felt really good to stand on that top step of the podium on the weekend at Southwick and to also get the 1-1. A pretty special day out…

Yeah, it was – it was awesome, the 1-1 was the icing on the cake. I knew in the second moto when I was behind [Justin] Cooper if it had finished like that I still would have had the overall, but I just got greedy [laughs], I just wanted more, I wanted to pass him I wasn’t going to settle, it was good. All the people in my circle and in my team were stoked and, yeah, couldn’t have been happier – we were saying that the day couldn’t have gone any better you know in all reality, so not much to complain about.

On days like that when you do obviously have the pace to be up-front and potentially win, to actually execute it is harder than it looks, so what’s it like after all you have been through to make those moves when it counted and get those wins?

It wasn’t like a relief or anything, during the race I was just super happy with where I was continually through the race, like how I was feeling it and what was going on, I could see the leaders and stuff like that. I don’t want to say I felt in control the whole time, but I just felt like I was in a great position to go forward as the leaders were so close in the opening laps. It was just such a pumped feeling, this feels great – we did it. It wasn’t like ‘oh finally’, I worked my arse off and I’m just stoked. I’m just happy dude, so, so happy. 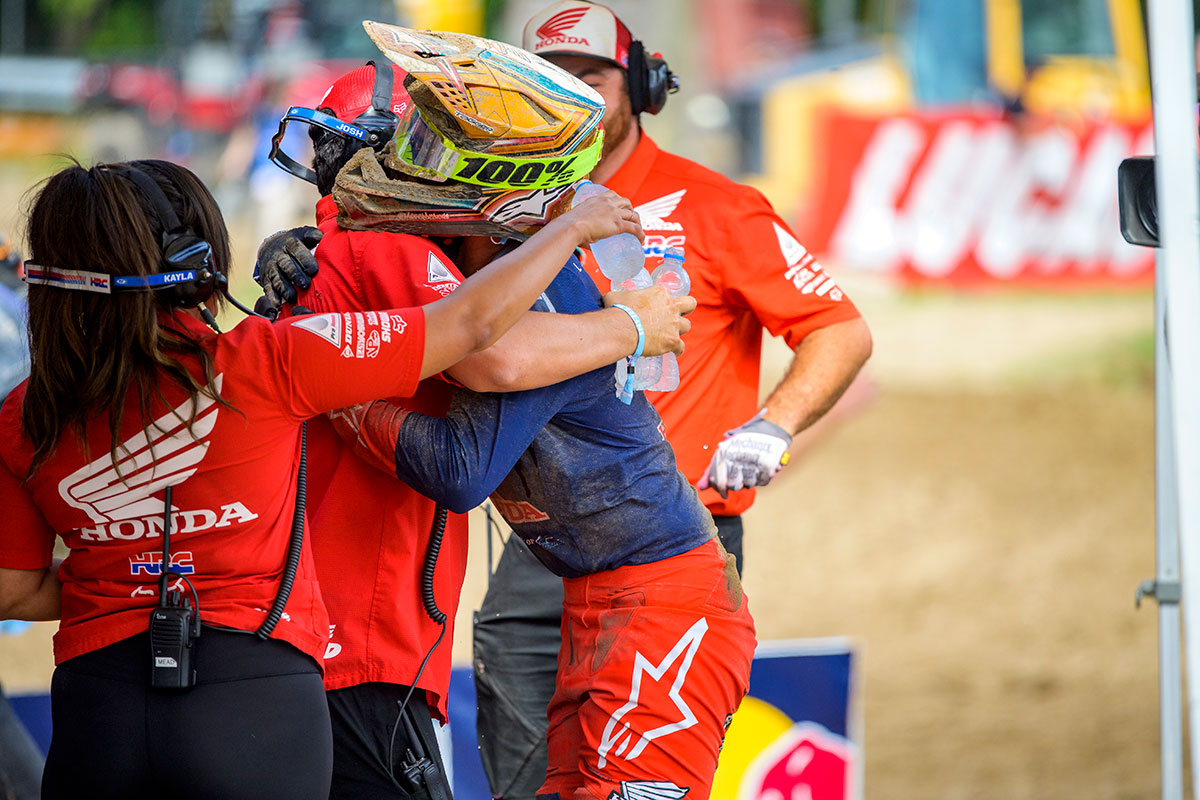 Like you said, I think you were in the top five at the end of the opening laps of both motos, getting that track position seems like its as critical as ever.

It is mate, it is. My starts were pretty good in the fact that I never gated quite well through the first turn and the opening few corners. I don’t think my starts were amazing, but they were definitely better than what they were better than last weekend. As you’ve seen with Jett, a bit of a crappy start means the risk-taking percentage doubles almost, because you are taking different lines that you haven’t been on trying to pass people – guys on the main fast line, so that alone is a huge thing – you end using more energy in the straight, and you don’t know what’s going to happen – if this lines a good one or the rut is blown out. It’s all of those things, the risk factor of being up where I was for example, I could see the leader and the turn ahead, so like your whole race is a lot calmer I feel like.

How would you compare winning at Southwick to winning in Supercross earlier in the year?

I wanna say the Supercross win was more emotional for sure, because I’d never raced it before and it was such a frickin slug to get back to that point. The amount of work and how far I progressed from my injury to that point was far bigger, from that win until this win was obviously smaller because I was fit and healthy then. Yeah dude, it’s a good feeling, I feel it was harder in the outdoors because you’ve got two motos, but in Supercross you’ve got the first main event then you are done, where in outdoors you have to go and do it again! They are both unique in their own way.

Looking at the points, it was a good weekend to go 1-1 as the guys in front of you – Jett and Justin Cooper – they had a couple of inconsistent rides there. You are now within 26 points of the championship lead, which shows it’s important to capitalise on those days and edge closer as there still is quite a ways to go in the championship.

For sure. We’re still like 26 points or whatever it is, it’s still a lot of points. We are not thinking about that, we are just focusing on every weekend. My goal for this weekend is to come in guns-blazing again and hopefully repeat something like that – be on the box again, top step. Obviously Jett, Cooper, RJ [Hampshire], all of those boys are going to be extremely motivated from not have the best weekend, so they are going to be firey. They’ll be coming out guns-blazing also, so I’ve got my work cut out for me and I’m looking forward to showing that I can back it up.