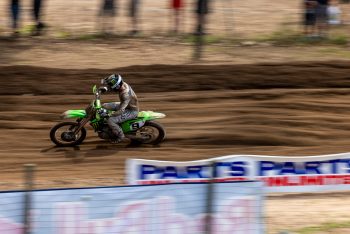 Adam Cianciarulo says he plans to sort out the nerve issue he’s dealing with in his right arm in the off-season, as it continues to give him issues throughout the 2021 Pro Motocross season.

Following round four of the season at RedBud, Cianciarulo broke down what he’s been dealing with this season in his Adam Uncut series on YouTube.

“I’ve got some nerve problems, I’m going to sort it out after the season’s over,” he explained. “Basically it’s like I have 30% strength in my right hand sometimes.

Eventually ending the day at Southwick’s round five with a sixth place finish overall, Cianciarulo detailed what he was feeling throughout the second moto at one of the roughest tracks on the calendar.

“If [my arm] was stronger, my pace was solid,” he continued. “But the problem is, I burst, and then I tighten up and it gets so weak.

“Then everything – my elbow, when I get like this (bends elbow 90 degrees) then I start extending it, at about 12-13 minutes [into the moto], my hand will stick on the grip, and [all the muscles through my arm] are blown out from trying to compensate. It’s so miserable.”

Ahead of the race, Cianciarulo joked in his motorhome in the Southwick episode of Adam Uncut, that he’d love to be able to feel his throttle hand, stating sometimes he can’t believe he’s still able to compete with his current situation.

“Sometimes it’s kind of funny though, I’m like, ‘I can’t believe I’m still out here, I cant feel the grip, look at me go. And it’s not like you can just shake it out, it’s throttle side.”

He’ll get another shot to take his first overall victory of the season this weekend, as the series heads to Spring Creek for round six. 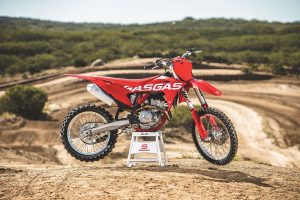