Official – Tomac to depart Kawasaki ahead of 2022 season 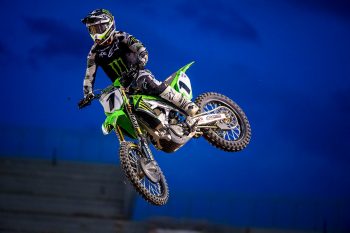 Monster Energy Kawasaki has formally confirmed Eli Tomac will depart the team at the conclusion of this season, effectively setting him up for the rumored transfer to Yamaha for 2022.

Tomac is in line to make a shock switch to Monster Energy Star Racing Yamaha, as first reported by Steve Matthes earlier this week, and his exit from Kawasaki makes that one step closer to reality.

Following six seasons together, which resulted in three Lucas Oil Pro Motocross Championships and a Monster Energy Supercross crown last year, Tomac and Kawasaki will not renew their partnership into next year. Tomac was third in this year’s 450SX series.

“We are extremely proud of the success that Eli and the Monster Energy Kawasaki team achieved over the last six years,” said Kawasaki Racing senior manager Dan Fahie. “We have built a great relationship with Eli and his family and we are proud that Kawasaki played a strong role in Tomac’s racing legacy.”

Tomac’s move to Yamaha is tipped to come in place of Aaron Plessinger, who is expected to sign with Red Bull KTM Factory Racing, while it remains unclear who will potentially replace Tomac alongside Adam Cianciarulo in Kawasaki’s factory program.