The penultimate round of the 2021 Monster Energy Supercross series is in the books with Marvin Musquin (Red Bull KTM) taking his first 450SX win of the season while Jo Shimoda (Monster Energy Pro Circuit Kawasaki) took the first Supercross win of his career in the 250SX East class. Both riders were available to the media following the race for this Debrief interview. 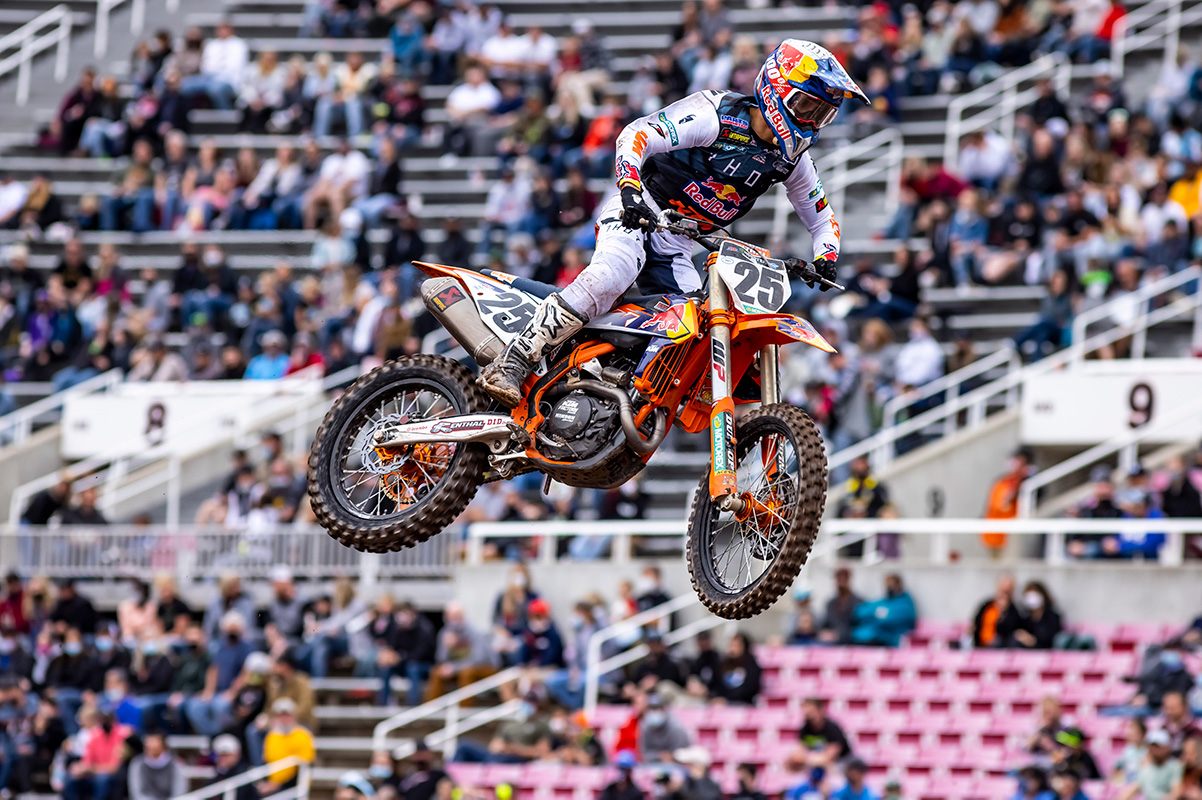 It’s been since 2019 since your last win, I know this was an emotional one for you. With your teammate on your rear did that add any pressure to this with the championship in contention here with those two guys?

Yeah, it’s been a long time, obviously, I didn’t race last year. But yeah this year I had one or two-second places, but the last few rounds have been tough so it’s just so awesome to get in a good position right off the start. I was second and Kenny [Roczen] was not really going away and he ended up crashing. So I got into the lead and I was like ‘wow let’s keep going, try our best, and be consistent.’ I made one big mistake by the mechanic’s area, I had to roll the double and I knew Cooper [Webb] was right there and Cooper’s been really strong this year and especially on the last few laps. And then battling with Kenny when he got him a few times. So you know he was going to try, but I gave my best and it felt good to stay up front. My mechanic showed me three laps to go and then I hit the finish line and I saw the white flag so that gave me a little bit more hope. I knew cooper was right there but I’m just glad I rode kind of consistent. You know, the whoops were really tough but at least I made it happen. To be honest, I do want to win, but what I’m saying is with the results that I had in the last few races you know I just wanted to get back in the mix and battle for, maybe a podium. To get a win tonight is just awesome and it feels so good for everybody. 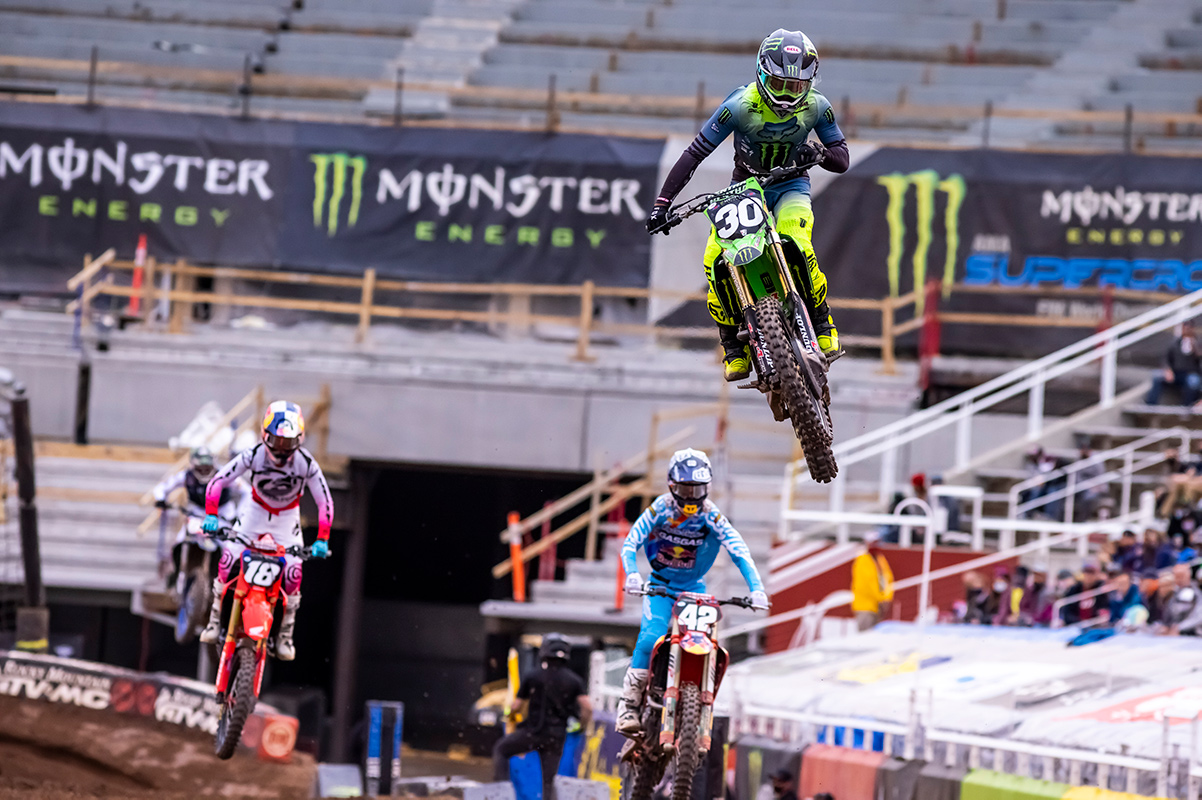 You’re the first Japanese rider to win a supercross event, how does that feel?

It feels amazing. I don’t know, I knew something was coming. I had a few podiums this year and the race I did today was more like- I just kind of kept my pace. I knew I wasn’t the fastest today, so finally, I just got a holeshot and led the whole race. It was not easy, but I knew it was coming so, yeah I’m pretty happy with it.

You were really consistent last season, you finished in the top three in points, you’re really consistent this season and still in contention for the title going into the finale. You said you weren’t the fastest rider tonight, is that your style? Do you feel like you’re more in control than the other 250 riders who have great races and then bad races?

I do feel like I’m a little bit in control but I don’t think consistency sitting in fourth or fifth, I don’t think you call it consistency. Because if you’re in fourth or fifth for all the races, you’ll never be the champion. But my goal was to be [consistently on the podium], and it’s getting better and better so we’re going to keep going this way.

Can you tell us about being in the lead there? Michael Mosiman was right behind you and must have made a dozen pass attempts and then eventually Jett [Lawrence] was there as well. How were you able to keep your cool, how was that experience?

Honestly, I think I handled the pressure not bad, I didn’t make any mistakes in front of him. But the lappers obviously were cross jumping in front of me and that kind of slowed me down a little bit. Being in the lead the first half of the races, I was a little nervous and tight, but it’s got better at the end of races that’s for sure.

Going into the next race, you’re going to be up against some other rivals you haven’t raced against this year. Are you the type of person that’s studied the other races so you can have a plan of attack? What’s the plan for next weekend?

Yeah, we study a lot. We actually have a meeting after the races at Pro Circuit, I even go there for the West [rider’s meetings] just to learn and get ideas. But racing wise I don’t really care who’s going to race against me, to me for right now I need to give my best at the races. Like even today, still riding tight and not 100%, so yeah for right now I don’t really care about the other guys racing with me.

When you got the first podium this year, you talked about wanting to earn it. Can you point to anything specific that you did over the 10-week break that helped you earn this finish tonight?

This season, my goal was to be on the podium, which I got the podium two times [in the opening races]. So on this break, we set our brain to win now and I think that’s the biggest change we made, is to go racing for winning, not to finish inside the top three.

When you saw your young teammates winning earlier this year did that motivate you at all?

Yeah because when I ride at the test track Cameron [McAdoo] and Seth [Hammaker] are always there and you know, if they could win, I could win. I was actually the only guy that was not winning in the Pro Circuit team so, yeah that motivated me a lot for sure.