Get up to speed ahead of the East championship's return.

After an extended layoff, the 250SX East championship continues to the track this weekend, in this edition of Rewind, we’ll reflect on the series so far, ahead of their return to Supercross action in Salt Lake City.

With seven rounds under their belt, the 250SX East class took a 10-week hiatus while the 250SX West championship took over. Now set for return, it’s a battle between Star Racing Yamaha teammates Christian Craig and Colt Nichols for the championship.

Nichols sits atop the standings currently, eight points ahead of his teammate. The rider from Oklahoma has notched three wins in this bid for the title and has found himself on the podium in all seven rounds. 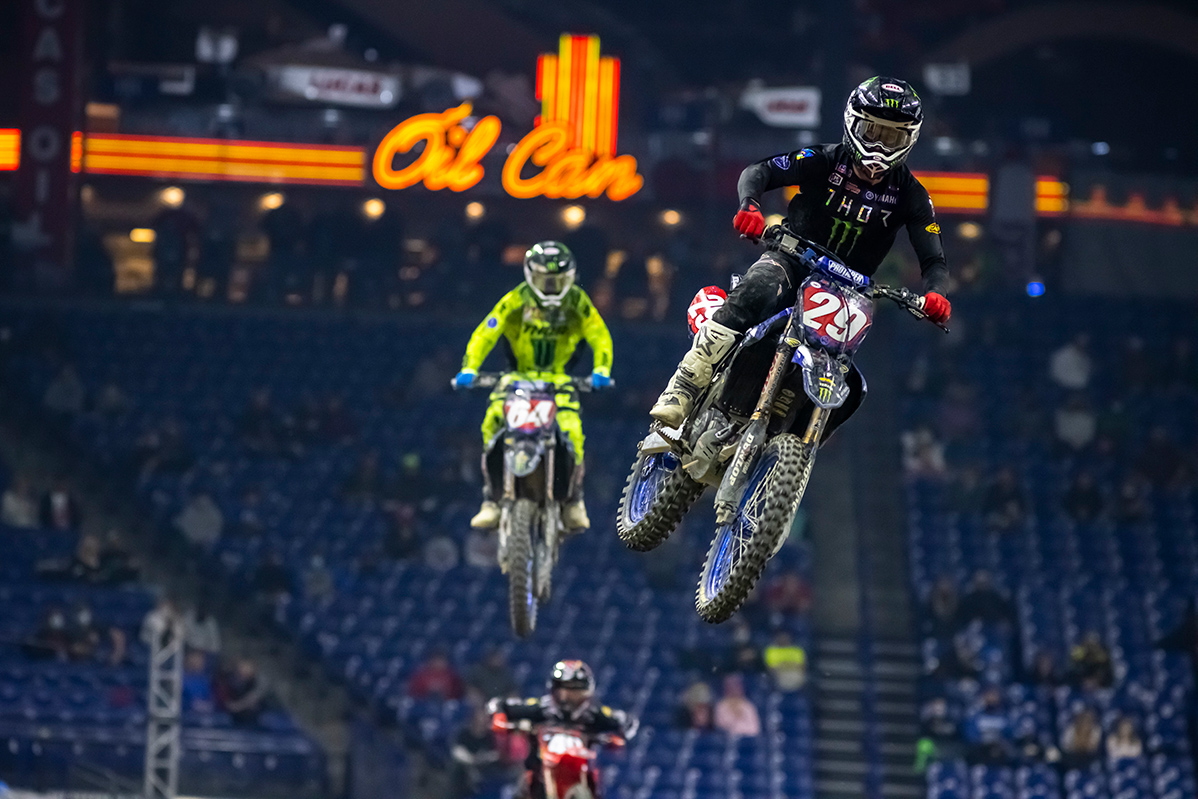 Craig has been nearly as consistent, taking two wins and only missing the podium in one round, Indianapolis 1, when he got tangled up with Jett Lawrence (Team Honda HRC) in the closing moments of the main event.

Lawrence has shown he has what it takes to compete at the sharp end of the field, but has had costly errors as he learns his way in Supercross. With two wins so far and a handful of big crashes, Lawrence will likely be looking to grab wins in the final two rounds of the series.

Jo Shimoda (Monster Energy Pro Circuit Kawasaki) has made progress in his sophomore season in the 250SX class, the young Japanese rider taking two podiums so far and finishing inside the top five in all seven main events. He’ll look to continue his momentum before the season’s end. 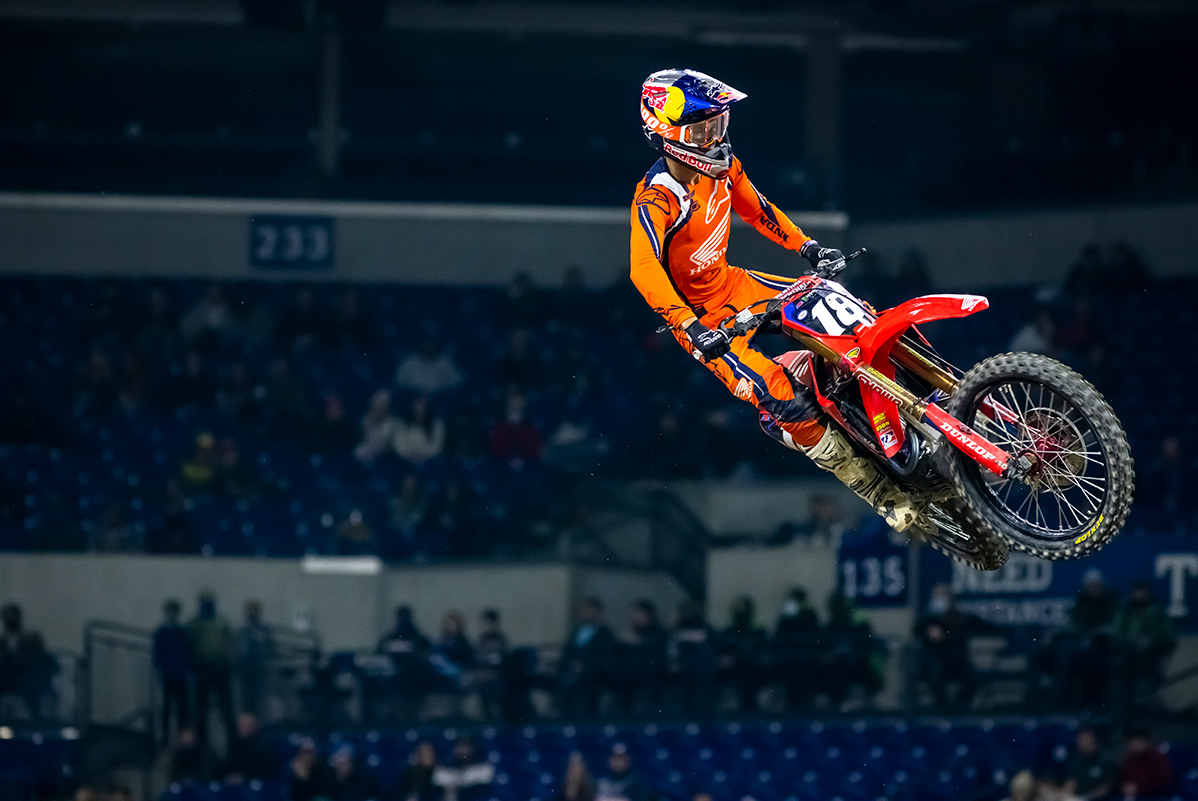 Early in the season at Houston 2, we saw the track claim two victims that were both touted as title contenders for 2021 in Austin Forkner (Monster Energy Pro Circuit Kawasaki) and RJ Hampshire.

The duo have since recovered, but are opting to forego the final rounds of Supercross to prepare for the Pro Motocross opener at the end of May.

The action gets back underway this Saturday from Rice-Eccles Stadium as the Monster Energy Supercross championship is set for the final two weekends of racing for the year in Salt Lake City.