The 450 rookie breaks down what's led to late-season success. 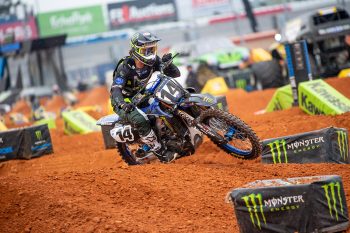 Despite an up and down rookie season in the 450SX class, Monster Energy Star Racing Yamaha rider Dylan Ferrandis seems to be finding his footing in the latter half of the season, grabbing fifth at Atlanta 1 citing bike changes as the culprit.

After notching a podium early in the 2021 Monster Energy Supercross season, the multi-time 250 class champion has since had a bit of a rollercoaster in terms of results.

With the recent break in the Supercross series, Ferrandis and his team went to work on the bike, forgoing outdoor testing in an effort to make progress on their supercross setup.

“It’s the first year at the Star Racing team with the 450,” Ferrandis explained. “So everyone is still learning the bike, learning the program. Because how the 450 works is hard.

“The bike is a good bike for sure, but I think it needs some adjustment for every rider. Just lately, I’m riding different than my teammates, so I need a different setting.

So that’s what we’ve found and we’ve made some changes during the break in the last two weeks off that we’ve had. It paid off and I felt much better on the bike and I could ride like myself, which I kind of couldn’t do before. so I think that was a good step in the right direction.”

His pace during Saturday’s main event didn’t show on the results sheet, a bad start saw him buried down the running order. The Frenchman made a push in the closing stages of the race, passing a few household names in the 450 class to secure a top-five finish.

” I just had a bad start,” he continued. “At the corner I slipped with the rear wheel and crashed. So nothing crazy, I don’t think anybody touched me or whatever. Then I just charged through the pack.

Ferrandis and the rest of the Supercross riders will get back to the track tomorrow, as the series lines up for the final ‘Super Tuesday’ of the year at Atlanta Motor Speedway. 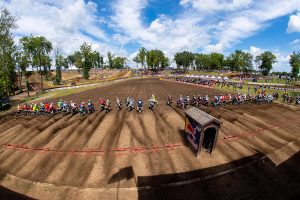 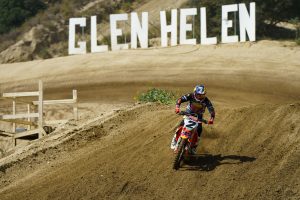 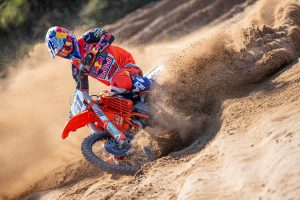