After going undefeated in the 2021 Kicker Arenacross series with 20 wins, Kyle Peters has had an impressive return to Monster Energy Supercross, taking his Phoenix Honda to one podium so far this season. 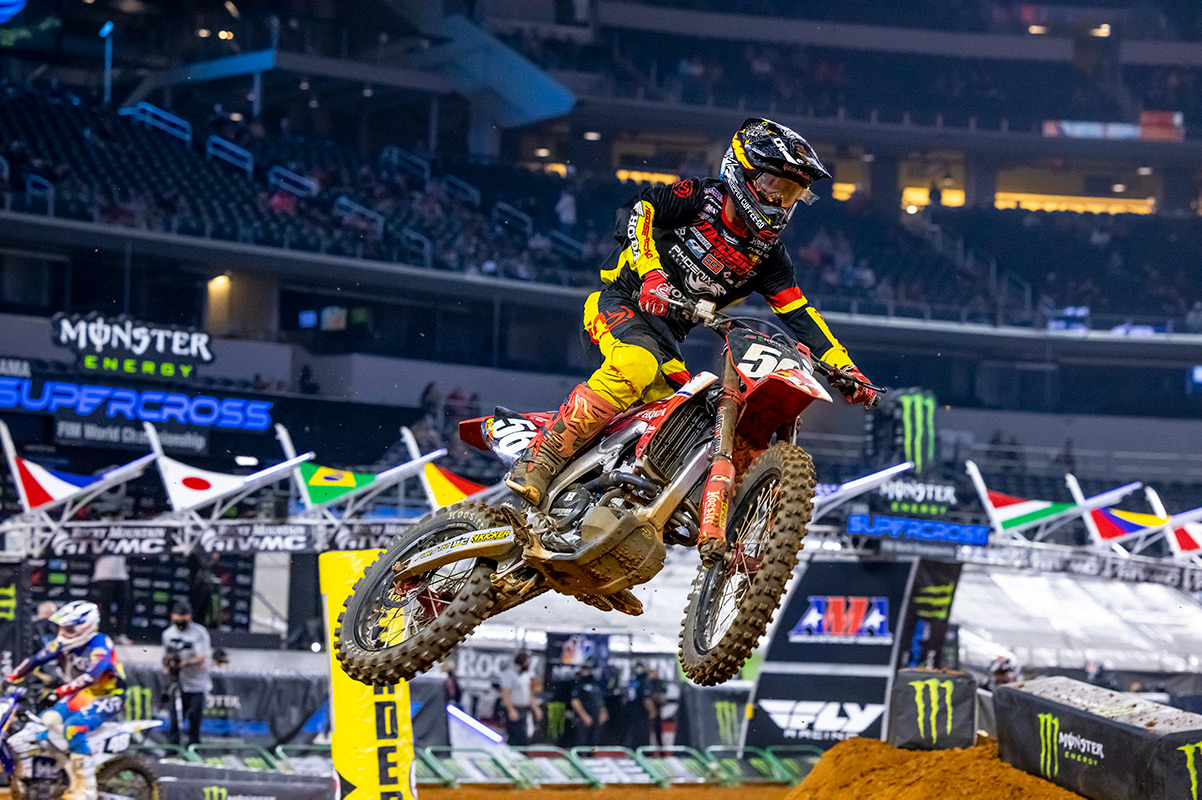 As it was going on I didn’t really kind of look into the whole streak and record thing, I was just kind of going out there race by race and trying to win as much as I could. Yeah looking back on it, it’s a big accomplishment so I’m proud of that one.

Your podium at Arlington 2…

Yeah you know, I’m pumped to get this podium, definitely didn’t come without some adversity. In the heat race, my battery went dead and I had to bump start it, barely had enough bolts to even run, so luckily came back to eighth in that. I lined up outside and was just like ‘well here we go, it’s time to make it happen.’

I feel like I’m better than I’ve ever been in years past, fitness-wise, mentally, on the bike fitness-wise. And I truly believe in myself, I’ve been working with a mental coach and that’s one of the biggest things, is staying in the moment, executing, and the confidence to know I should be on the podium. I’ve put in the work, we’ve put in the time and the team has given me a good enough bike to go out there and do that. 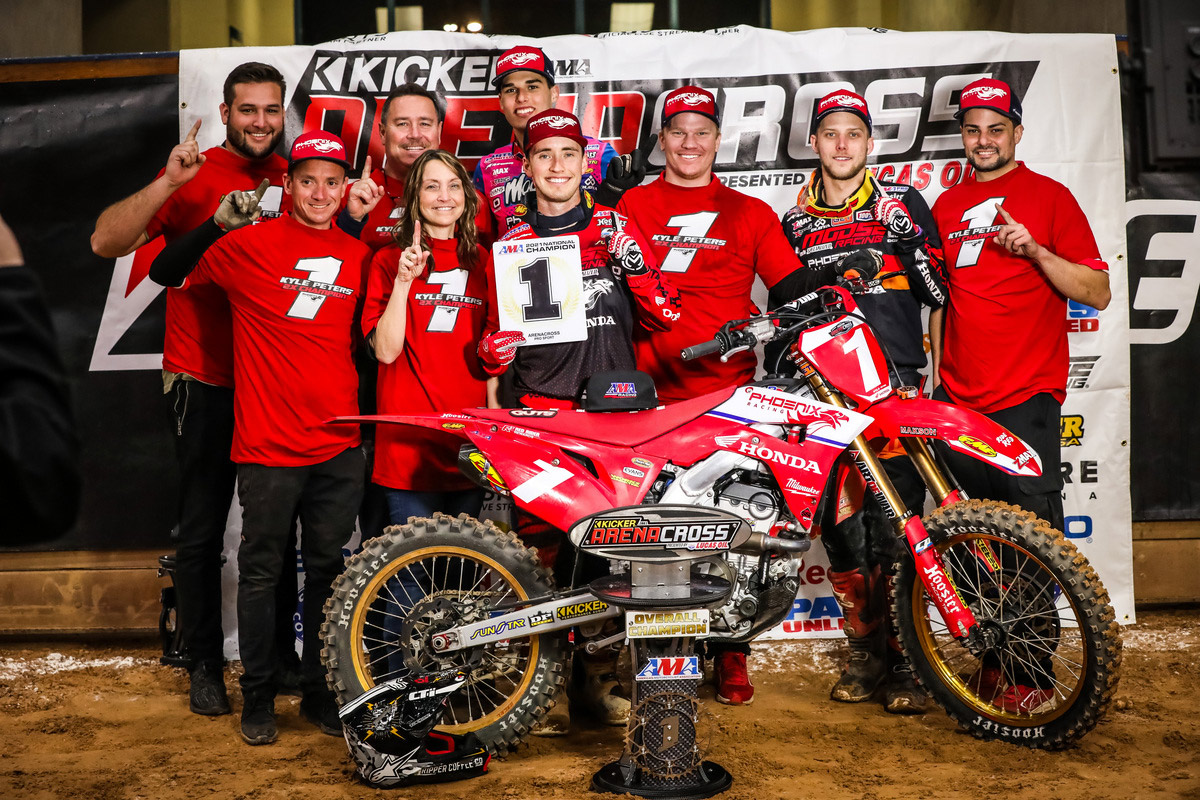 This is kind of the end goal, to be successful in Supercross, to be a podium guy, [a] championship guy, and work my way up obviously. It took me a lot of years to kind of figure out this whole supercross thing, between injuries having the confidence to believe in myself. Yeah, I just struggled for a lot of years.

The Phoenix Racing Honda team is pretty wild. So we have the Arenacross and Supercross team, they do the GNCC racing, they also do the ATV GNCC and ATV Motocross, so it’s a huge team and there’s a lot of working aspects apart of it. Our bikes are right there, they may not be that one or two percent, but ultimately they’re good enough for me to go out and be on the podium and get a win. So yeah, big thanks to them and all that they do.