A look back at the Red Bull KTM riders premier class title.

In this edition of Rewind, we’ll take a look back at Cooper Webb’s run to his first 450SX championship in the 2019 Monster Energy Supercross season.

Webb entered his 2019 campaign on the heels of two tough seasons that kicked off his 450 class career. After multiple championships aboard a Yamaha in the 250 class, he spent two years trying to come to grips with the YZ450F to no avail.

With all of that in the rearview and a fresh contract with KTM, many questioned which version of Webb would appear when he swung his leg over the KTM 450SX-F at the opening round; the dominant rider we saw in the 250 ranks, or more of what we’d seen in the two years prior. 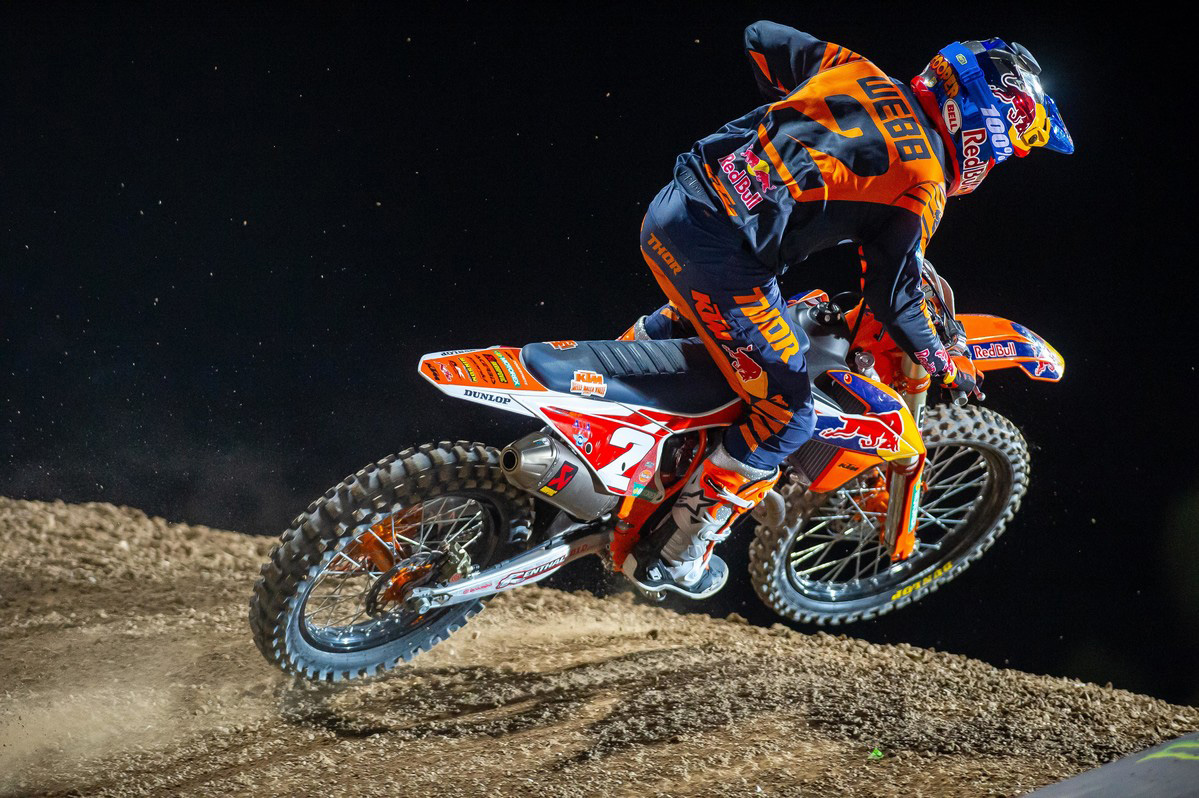 As the gate dropped at Anaheim 1, Webb put in a solid ride for fifth place to kick off the season, marking just his sixth top-five finish in the 450SX class. The next weekend though, Webb found himself leaving round two with a 10th place finish, leaving many wondering if he things were going to stay the same.

With team manager Roger DeCoster applying pressure on Webb, he showed up in a big way in the next two rounds, taking his first win and immediately backing it up with another win at round four.

After a dismal eighth-place finish at round five, Webb’s consistency going forward was impressive. He found the podium six races in a row, three of them being wins, making it clear he was a contender for the championship.

From that eighth-place finish at round five forward, Webb never finished outside of the top five, eventually tallying seven wins on the season. He clinched the title in the final round by 18-points over Eli Tomac (Monster Energy Kawasaki). 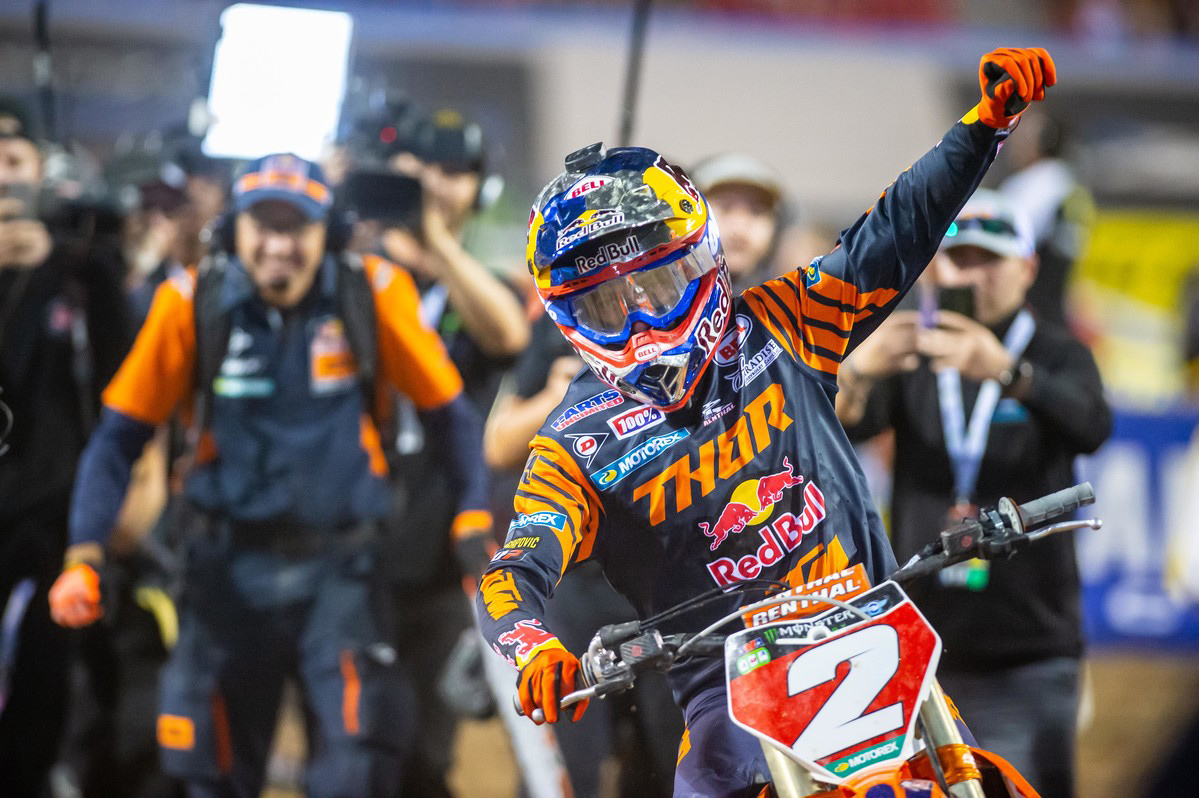 Webb’s consistency in the 2021 season has been strikingly similar to what we saw in 2019, and even better when you look at it so far. With 12 rounds down, Webb has finished inside the top five at every round aside from the opening round in Houston where he finished ninth.

As the championship draws to a close with just five rounds to go, he’s amassed six wins, with five of those coming in the last six races, and now sits 15-points ahead of rival Ken Roczen (Team Honda HRC).

After a three-week break, the series gets back underway this Saturday for a daytime race at Atlanta Motor Speedway, which will host the next three races of the championship.