Questions and answers around the structure of Supercross 2021.

The 2021 Monster Energy Supercross season has been incredibly entertaining so far with battles throughout all three championships and the city residencies offering an interesting shake-up for the series. With a three-week break in the action, MotoOnline’s latest Q&A feature answers some of the questions surrounding the residencies we’ve seen so far in 2021 and what we might expect in the final two cities. 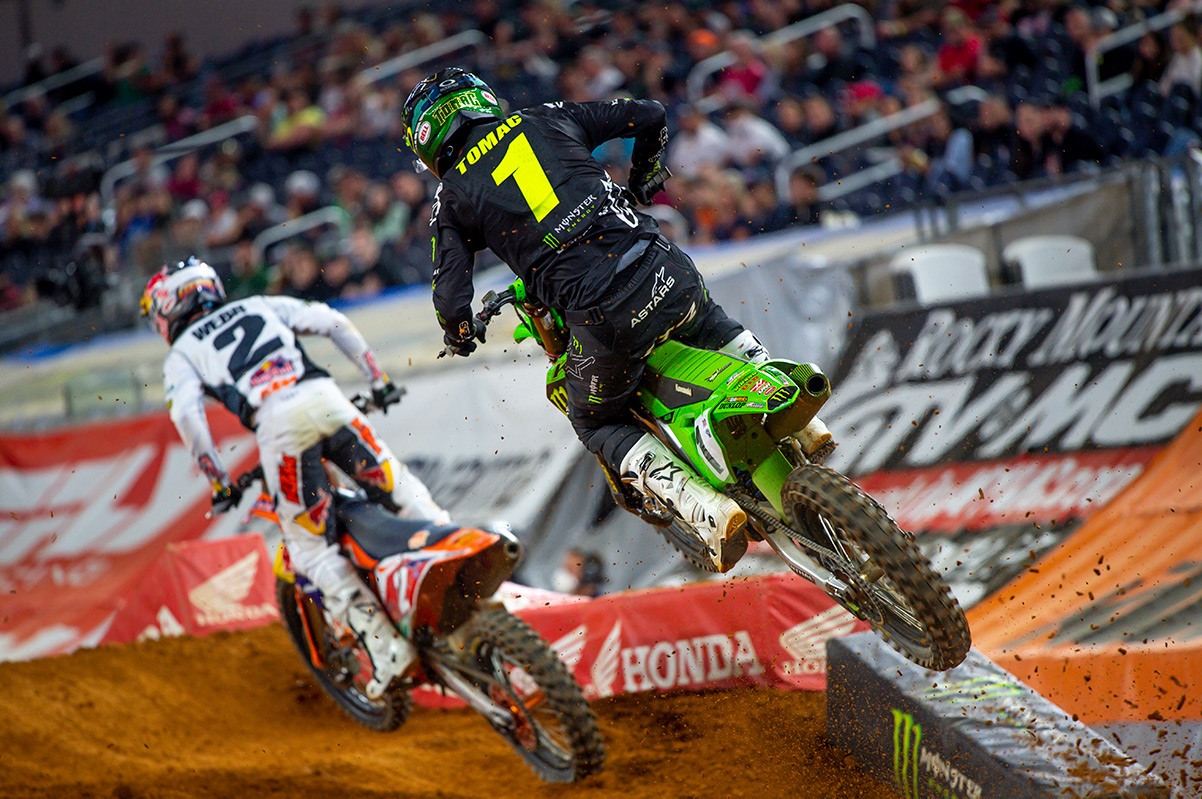 Q: How have the residencies affected the championship overall?

A: The biggest way the residencies have affected the championship so far is hands down the momentum that riders have been able to find by winning the first race. We saw it first with Ken Roczen (Team Honda HRC) at Indianapolis and then with Cooper Webb (Red Bull KTM) at both Orlando and Arlington, both riders sweeping all the races at those venues.

Q: Have they affected riders at all?

A: We’ve seen small injuries costing riders in a big way. For example, Marvin Musquin (Red Bull KTM) crashed in the second round at Arlington sustaining a concussion. He was unable to complete the concussion protocol before the next race, causing him to miss a round. Another thing we’ve seen is riders having a series of crashes, collecting small injuries that they’re forced to fight through, ultimately slowing them down if not forcing them out of action completely.

Q: What can we expect for the last three-race residency of the season in Atlanta?

A: The upcoming Atlanta residency is a bit of a question mark. It’s an all-new venue with track layouts we’ve only seen at Daytona. That said, those layouts are being designed and built by a completely different crew from Daytona, so it remains to be seen how these will come together. In terms of racing, Webb expressed that he didn’t think anyone would have an advantage, but if the tracks are anything like Daytona it’ll be advantage Eli Tomac. Roczen is in a must-win, or at least beat Webb, to keep his title chances rolling. Should be interesting, no doubt about that.

Q: Who’s benefitted the most from residencies in the 250SX class?

A: The answer here has to be the rookies. Not having to wait long to get your next shot at lining up for a supercross race when you’re new to it has it’s advantages. If you have a bad weekend, the quick turnaround offers little time to dwell on mistakes made. While if you’ve done well, you get a chance to continue that momentum on familiar dirt in the same arena. A prime example here? Seth Hammaker. A tough go at Arlington 2 with a 12th place, quick turnaround into Arlington 3 for his second career podium.

Q: Will the trend of 450SX rider sweeping the residencies continue?

A: We’d lean toward no. With the championship coming down to the wire, it’s likely we see battles for the top spot as Webb and Roczen go head-to-head. What we could see though is Tomac sweeping Atlanta, that’s probably the safest bet for another sweep. Webb’s been on fire, so it’ll be up to Tomac and Roczen to put a halt to his momentum going into the last two cities.