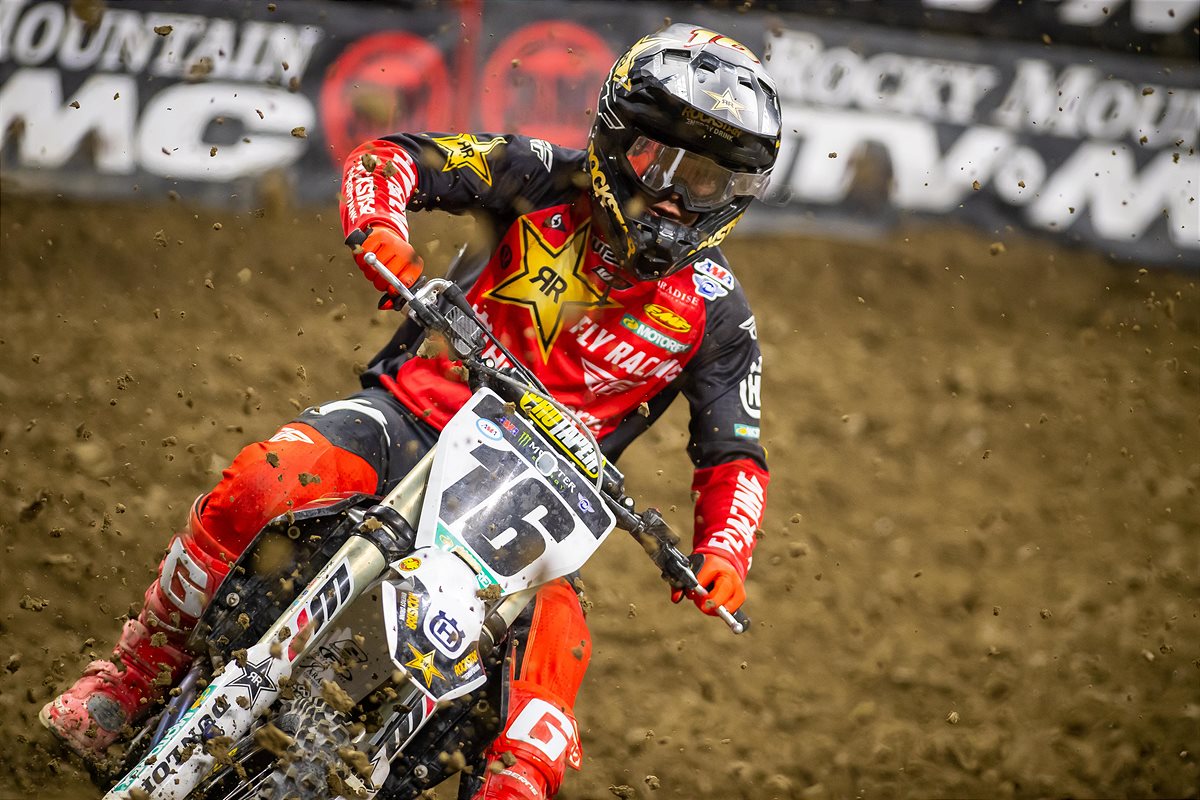 Rockstar Energy Husqvarna Factory Racing’s Zach Osborne rode to a top-10 finish on Tuesday at Round 5 of the 2021 AMA Supercross World Championship at Lucas Oil Stadium. Finishing seventh in the 450SX Main Event, Osborne put forth a hard-fought performance despite battling through some aches and pains throughout the night.

Osborne had a rocky start to the day as he busted his chin on the handlebars during a hard landing while attempting a big leap in the first practice. He was able to push through, qualifying ninth for the day. In 450SX Heat 2, Osborne got off to a top-five start and he battled his way to a top-five transfer into the main.

In the Main Event, Osborne started off in 10th and he shuffled back for a few laps before climbing into ninth early on. He quickly moved into eighth and battled from there for most of the race. With five laps to go, Osborne made another move to overtake seventh and from there, he maintained a strong pace to secure seventh for the night.

“I had a pretty rough day actually,” Osborne said. “I blew my chin/tongue out on the bars in the first practice and that kind of set the tone for the day. I really was not that comfortable on the track and I kind of pressured myself out so looking for more moving forward. I’m riding well, just not putting myself in good positions. My starts need some work and I’ll be back on Saturday with a better game plan and we’ll be moving forward.”

Coming off his best finish of the season last Saturday, Jason Anderson came into Tuesday’s racing with an optimistic attitude. However, Anderson sustained a dislocated finger during a hard landing in practice, which ultimately sidelined him for the remainder of the night.

“I didn’t crash or anything, I just landed and my hand slipped and I dislocated my finger,” Anderson said. “I’m going to heal up and be back out there trying hard ASAP!”

Team riders Dean Wilson (450SX) and RJ Hampshire (250SX East) did not line up for Round 5 as they both continue to recover from injuries sustained early in the season.