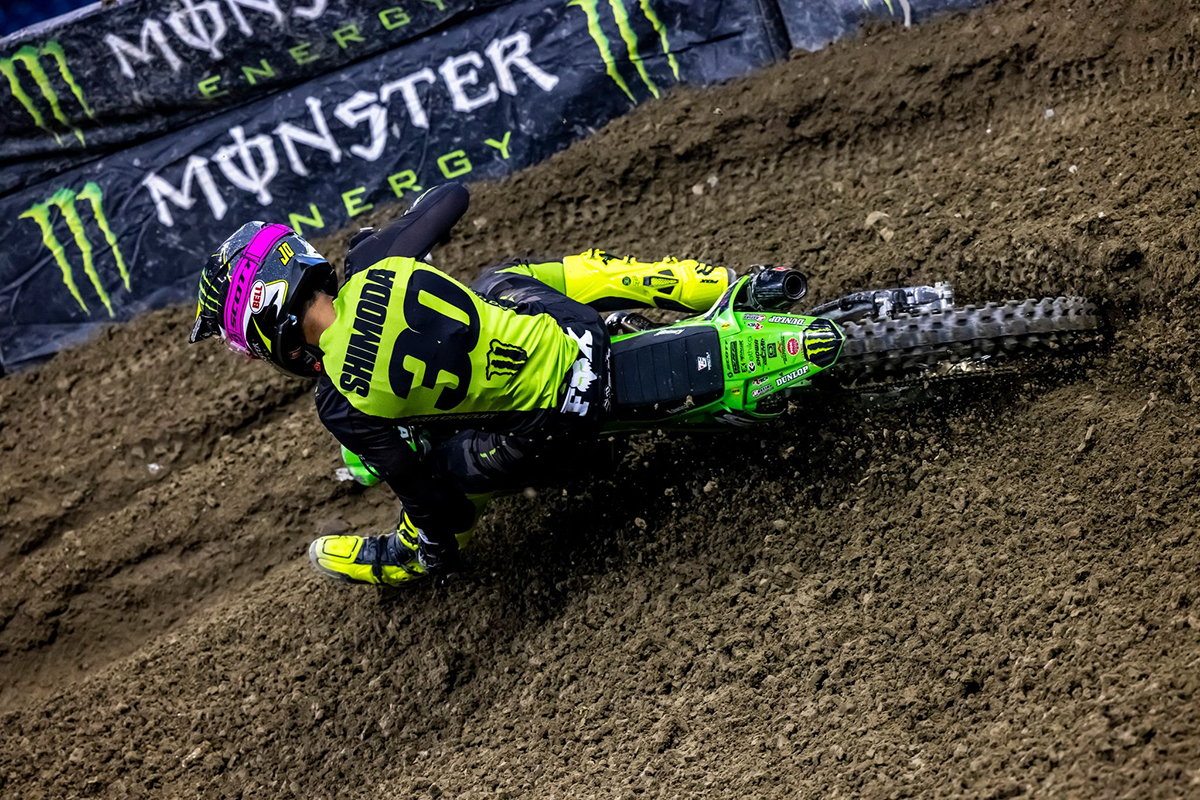 Monster Energy Pro Circuit Kawasaki’s Jo Shimoda overcame being caught up in a first turn crash to come back and finish fourth at the second round inside Lucas Oil Stadium. The fifth round of the season proved that Shimoda was able to overcome adversity and helped him maintain his fourth place in the points standings.

Coming off his first podium finish, Shimoda was determined to keep up the momentum in Indianapolis and started off well with a third in his heat race. In the main event, he got a good jump but a rider in front of him went down and collected Shimoda along with him. Thankfully he bounced back up quickly and started to make up ground.

He came through on Lap 1 in 15th and was into the top 10 just a few laps later. Each lap he picked off another rider and another, passing for fourth on Lap 10. At this point in the race the front runners had already opened up a gap, forcing Shimoda to settle for fourth.
“I have been able to avoid being involved in any crashes so far on the start, but it got me this time,” said Shimoda. “All I could think was to get up as fast as I could and just start putting in solid laps. The track was tough in spots and I just did my best to not make any mistakes. I won’t know if I would have been up there able to pass for the podium, but we get another chance in Indy this weekend. I definitely want another podium so we’ll be working to get back up there.”