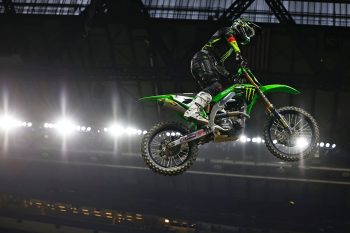 Monster Energy Kawasaki’s Tomac set the bar heading into the night show in what was a really tight session on the time-sheets.

With the top 10 all logging laps in the 47s range, it was Tomac’s 47.194s leading Red Bull KTM’s Marvin Musquin and the Rockstar Energy Husqvarna of Zach Osborne taking the top three spots.

Unfortunately for Dean Wilson, the Rockstar Energy Husqvarna rider attempted to ride today, but pulled out following the first timed session due to injuries from his mid-week crash. 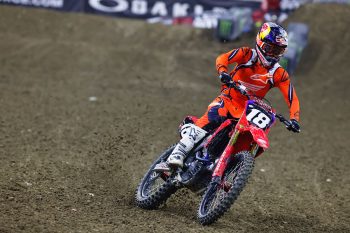 After a tip-over on the first lap of the second qualifying session, Lawrence emerged as the fastest rider in 250SX East with a 47.278s.

Lawrence was closely by Christian Craig (Monster Energy Star Racing Yamaha), 0.294s in arrears, while Michael Mosiman (TLD Red Bull GasGas) put in a good run in the closing moments of the session to take third.

Seventh place was taken by Red Bull KTM’s Max Vohland, who unfortunately caused a red flag with three minutes left in the session. The rookie had to be carted off the track and will likely sit out the rest of the evening. 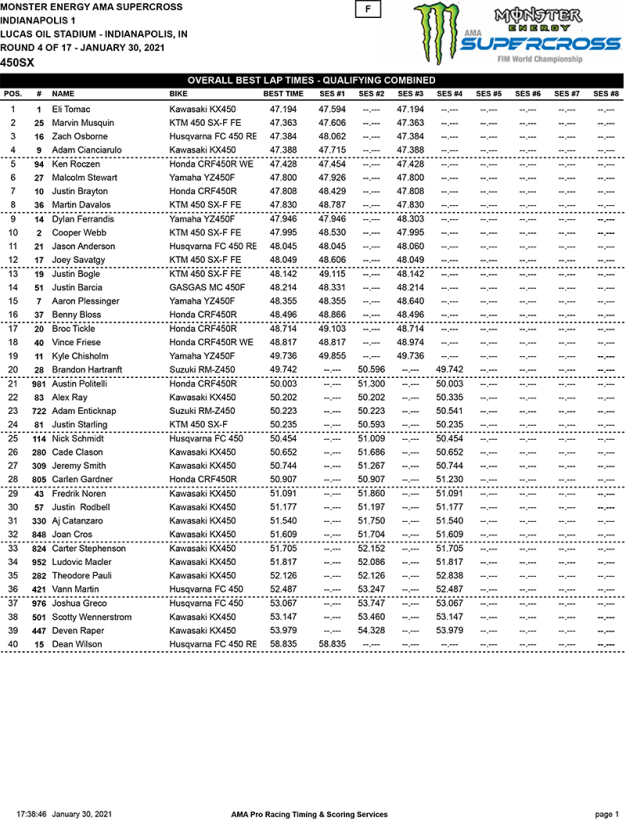